Your Morning Dump.... Where the Tacko Fall fan club can finally chill out 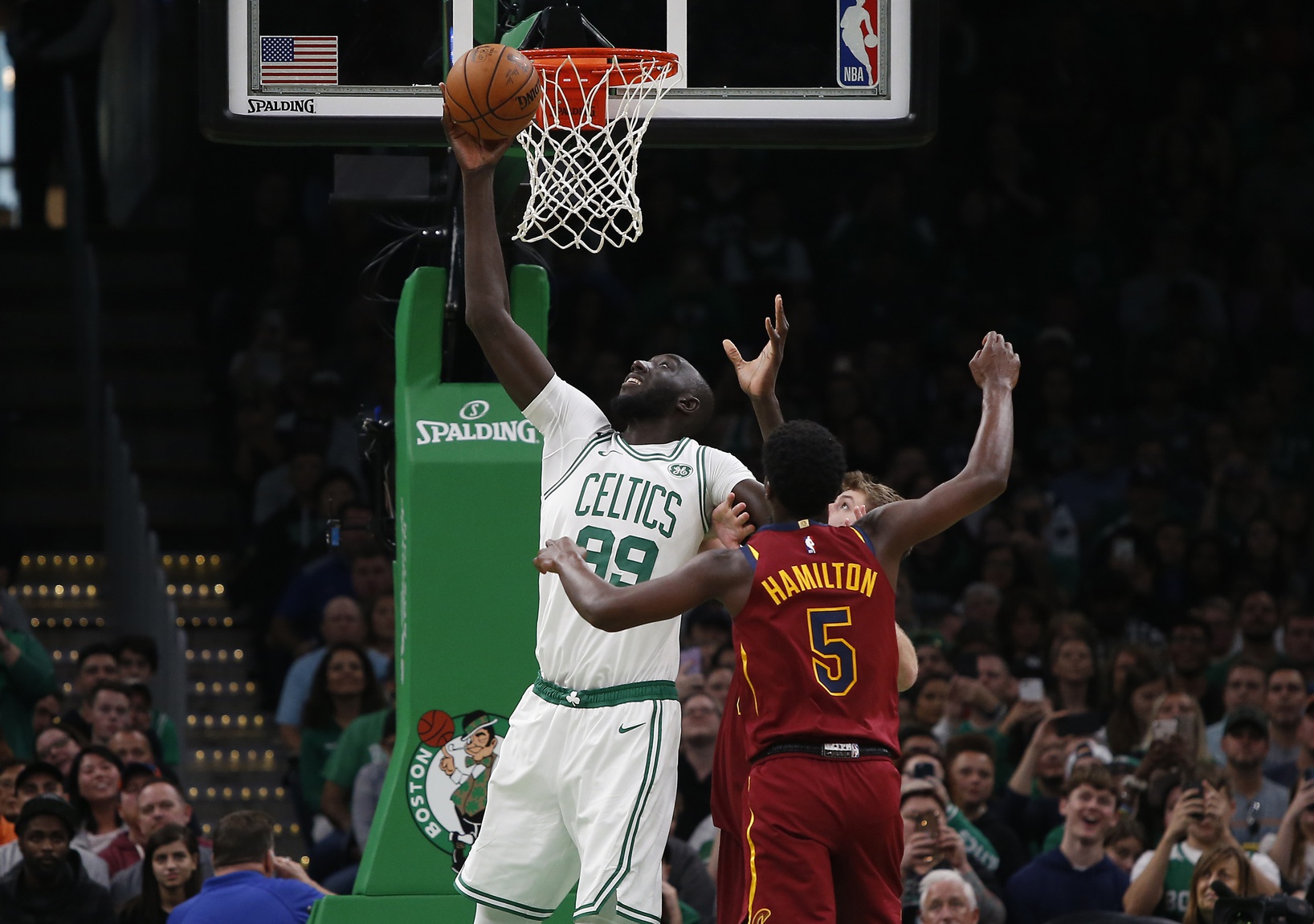 Your Morning Dump.... Where the Tacko Fall fan club can finally chill out

The 7-foot-5-inch center Tacko Fall, who has captivated Boston fans since summer league, will remain in the Celtics’ organization on a two-way contract.

Strus’s new contract has a partial guarantee in the first year and is fully nonguaranteed in the second, according to a source.

According to multiple league sources, Strus and the athletic wing Javonte Green are in a tight battle for the Celtics’ final roster spot. One of the two will likely be waived prior to next Wednesday’s season opener against the 76ers.

In short, the Celtics threw guaranteed cash at Max Strus to make room for Tacko Fall… in Maine.

It’s a win-win. But if you want to watch Fall play, you’ll have to make the drive up to Portland. Tacko will log significant minutes and develop his game with the Red Claws.

His contract does allow for 45 days with the Celtics, but it would take a spate of injuries for Fall to get the call-up.

One of the worst aspects of pre-season is the obsession with the 14th and 15th roster spots. It rivals talk of the buy-out market and what color your girlfriend wants to paint the spare bedroom.

Related link: Herald – Tacko warming to idea of winter in New England | NBC – Tackomania on the move to Maine

On Page  2, is Daniel Theis the frontrunner to start at center?

“If you watch closely, that’s a tied together group on that end of the court,” Stevens said after the Celtics’ 118-72 blowout win over the Cavs. “Obviously we didn’t start (Marcus) Smart, who is our best perimeter defender, and is coming off the bench.

“So it’s really important that group that starts understands when to kick guys out, when to be up, when to be back, when to react to a threat, and they are really good at it together,” he said. “That’s been the case throughout the preseason, and Daniel’s gotten better at that over time. I think that’s largely a result of being here the longest. We’ve had really good defenders in (Aron) Baynes and (Al) Horford that he’s played behind, but he was working on all that stuff, too.”

Alas, Theis won’t be the answer against Joel Embiid, or Anthony Davs, or Karl-Anthony Townes, which is why Stevens said of that starting center slot, “That could be a rotation position.

“We almost started in zone today. So, like, I’d say we are still going to be mixing and matching. And each team might be different, depending on what the strengths of their interior is like.”

The answer to the question posed in the subheadline is… No. Theis looked really comfortable yesterday vs Cleveland, but Stevens is still unwilling to make any commitments.

We might see Rob Williams starting against bigger frontcourts (although his defensive mobility has been awful) and Theis the rest of the time. Again, I like Enes Kanter’s offense with the second unit.

Celtics say Romeo Langford has a right knee sprain and will sit out remainder of game. Here's the play 👇 He seemed to tell trainer Art Horne he was fine after but went right to locker room. pic.twitter.com/EGILRTeE8v

Langford downplayed the sprain after the game and insisted he is fine. From the thumb to the groin to the knee, the kid has had some sh*tty luck over the past few months with injuries.

NBC Sports – What worked, what didn’t work vs Cavs