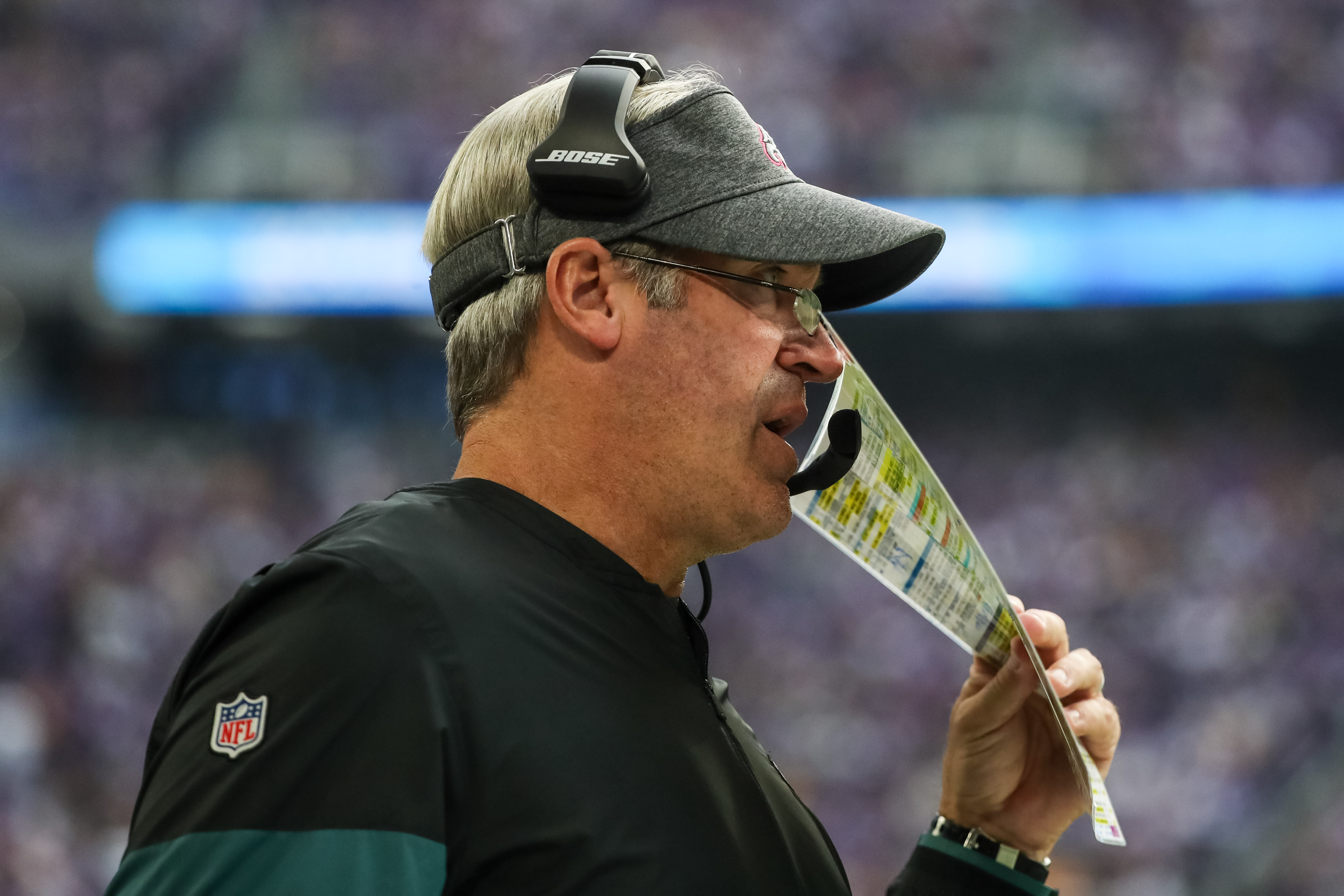 Eagles head coach Doug Pederson seemed to give the Cowboys and their fans major bulletin-board material ahead of Sunday’s heated divisional matchup, with first place in the NFC East on the line.

Pederson appeared on WIP Radio (Philadelphia) and made a comment that appeared to be based on him having faith in his team’s ability to play well and win the game. However, it was misconstrued, and many ran with it, writing articles about how Pederson “guaranteed” the Eagles would beat the Cowboys. Here’s what he said:

“We’re going down to Dallas, and our guys are gonna be ready to play, and we’re gonna win that football game, and when we do, we’re in first place in the NFC East,” Pederson said.

It sure didn’t look like he “guaranteed” a victory, even though that’s how his comments were framed. And it didn’t take him long to clear it up for the world, taking issue with how his take was blown out of proportion, which he did during a press conference later on Monday.

“I never said that. I never said, ‘Guarantee a win.’ I would never do that,” Pederson said, via Jori Epstein of USA Today.

He continued on about what he meant by his comments:

“No, because it shows confidence in our football team,” Pederson said. “I promise you [Cowboys coach] Jason Garrett is going to say the same thing to his football team, that they’re going to win the football game as well.

“I’m not going to stand up here and go on record and say, ‘We’re going to try to win a game.’ . . . It just doesn’t show confidence, and I want to show confidence in our players.”

We absolutely believe Pederson, especially since he’s not the type of coach to trash-talk another team, or give them bulletin-board material. Just look at how the team handled Zach Brown’s comments about Kirk Cousins last week.