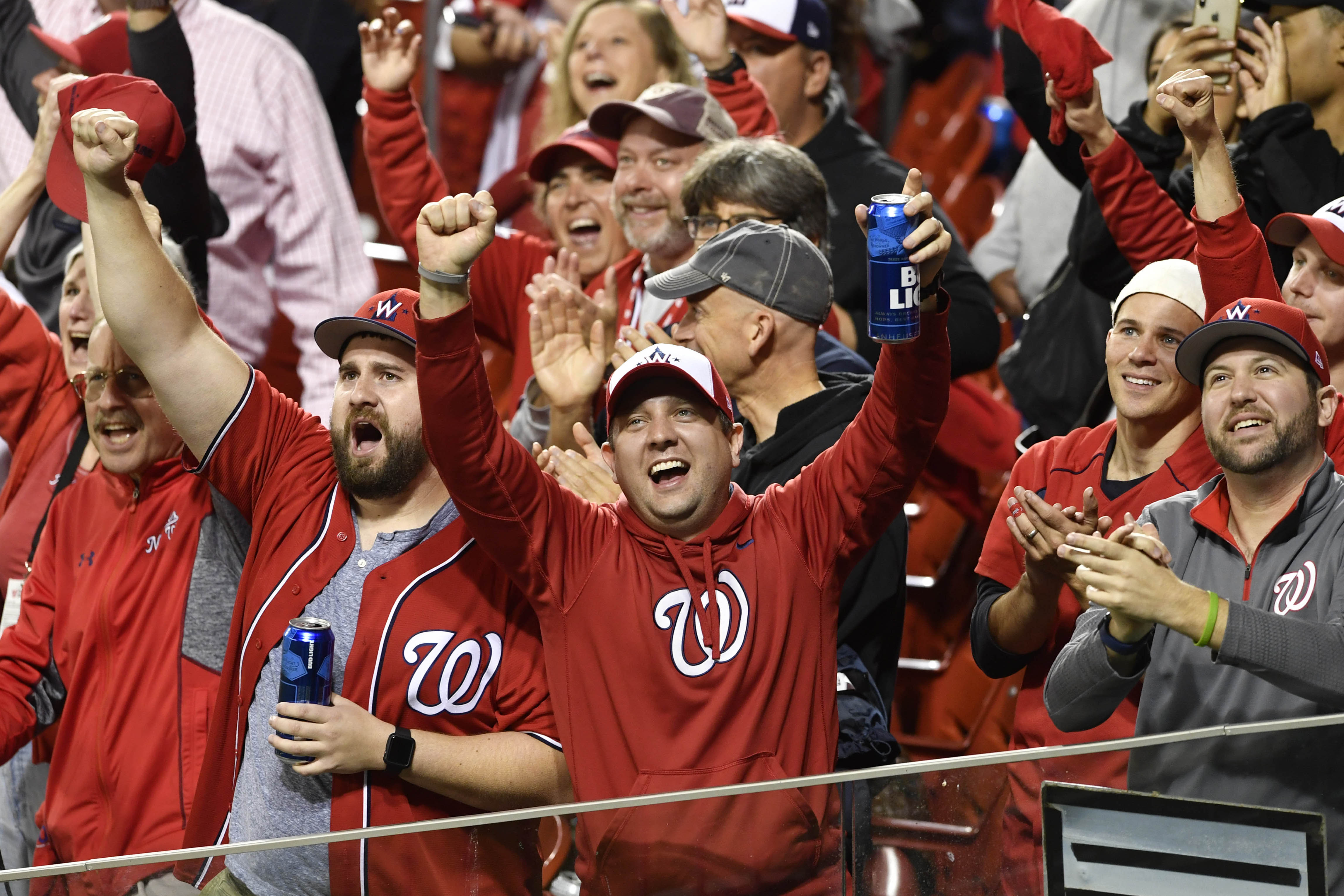 It took 86 long years, but the celebrating is on in the nation’s capital, as the World Series-starved fan base saw their team punch its ticket to the Fall Classic for the first time since 1933.

And not only did the Nats become the first team to qualify for a World Series berth this season, but they also managed to sweep the Cardinals, getting revenge for what happened roughly seven years ago. In fact, the series often felt more like exhibition than postseason play, with the Nationals pitching setting the tone from Game 1 — beginning with Anibal Sanchez nearly completing a no-hitter. Veteran flamethrowers Max Scherzer and Stephen Strasburg simply kept the train moving in the right direction throughout the series, which gave the Nats a 3-0 cushion heading into Tuesday night’s game.

The Nats jumped out to a massive lead and coasted into the World Series with a 7-4 win. Fans at Nationals Park went nuts once the team clinched the NLCS title, and here’s how the final out sounded.

Final out of the #NLCS, and the celebration begins in Washington. The #Nationals are headed to the World Series. pic.twitter.com/xqylTnkNY0

🎵 We're crazy 'bout the @Nationals and nuts about the Nats 🎵 pic.twitter.com/ZYgoft7FSF

Scherzer and his teammates shared some special moments — both on the field and in the locker room — over the franchise tasting the sweet smell of success for the first time in nearly a century.

Max is a mood. pic.twitter.com/Jo7VTR2VyK

The celebration then spread to the locker room, where the team’s first overall pick in franchise history, Ryan Zimmerman, was getting it in with his teammates.

Nationals first baseman Ryan Zimmerman is having the time of his life 🤪🤪🤪 pic.twitter.com/KY4YeSCuVU

It’s been a crazy year for DC sports fans, with the Capitals having hoisted the Stanley Cup trophy just over a year ago, and the Nationals now just four wins away from matching that level of accomplishment. The Nats hope to bring another title to a city that had long been starved for one, but for now, they’ll await either the Yankees or Astros.