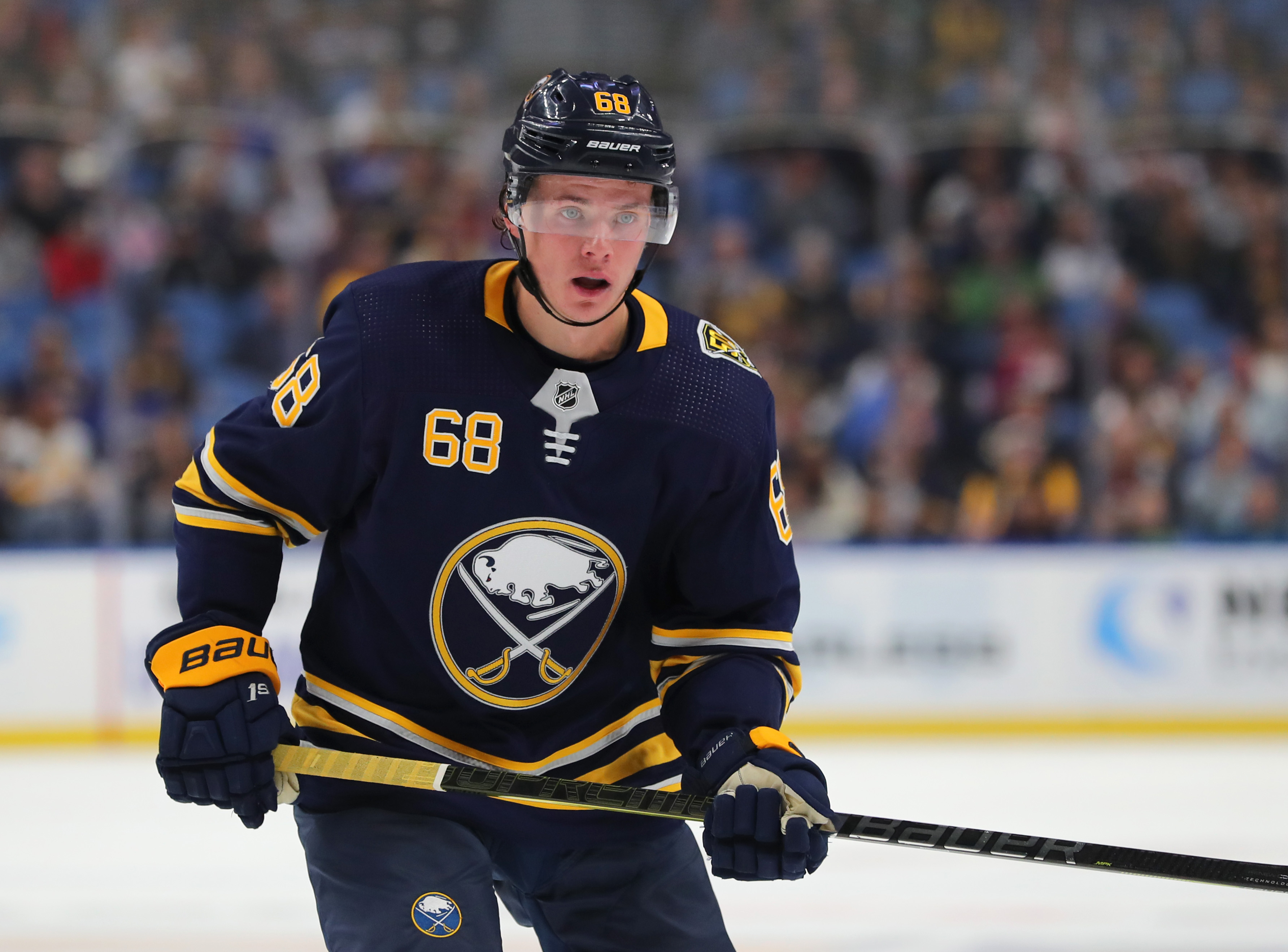 Buffalo Sabres right winger Victor Olofsson became the first player in National Hockey League history to score his first seven career goals on the power play. Olofsson accomplished the feat in a 4-0 Sabres win over the Dallas Stars at the KeyBank Center in Buffalo, NY on Monday.

Olofsson achieved the record at 6:27 of the first period from Rasmus Dahlin and Jack Eichel of North Chelmsford, MA. Olofsson’s fifth goal of the season was also the game winning goal. Olofsson and Eichel each had two points for the Sabres against the Stars as they also picked up assists on a first period goal by Sam Reinhart.

It should be noted that Olofsson had two goals in the 2018-19 season and has five goals so far in 2019-20. The winger from Ornskoldsvik, Sweden now has seven career goals in only 12 regular season games.

In 2018-19, Olofsson had two goals and two assists for four points in six games. He was a +1 with two penalty minutes, two power play points, 21 shots on goal, three blocked shots, two hits, one takeaway and three giveaways. In 2019-20, Olofsson has five goals and two assists for seven points in six games. He is a -1 with two penalty minutes, one game winning goal, 15 shots on goal, one blocked shot, one hit, one takeaway and two giveaways.

The Sabres currently lead the Atlantic Division with 11 points (five wins and one overtime loss). They next play in Anaheim on Wednesday.