The most ironic fact about the Nationals' World Series berth 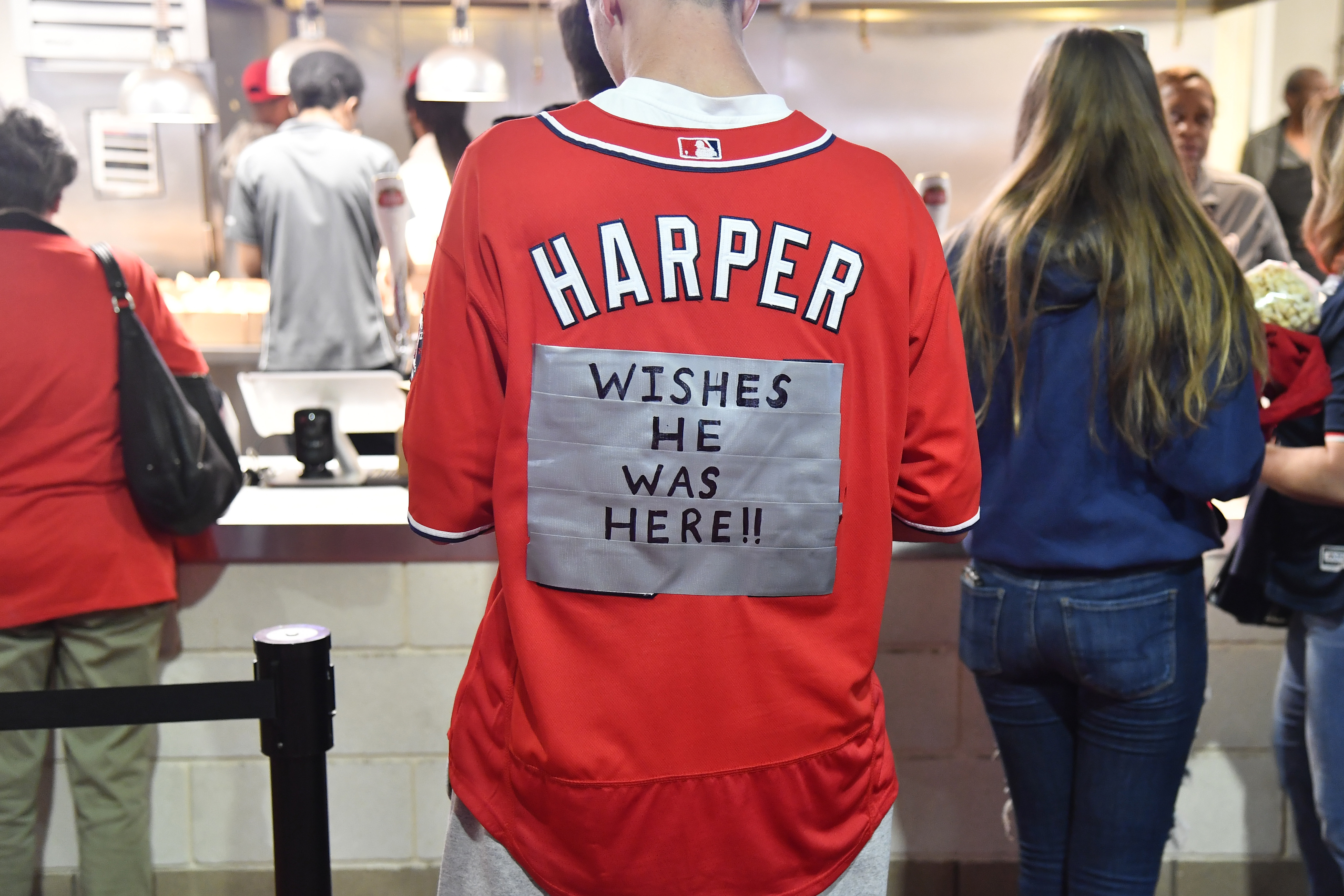 The most ironic fact about the Nationals' World Series berth

Hey, did you hear? The Washington Nationals swept the St. Louis Cardinals to win the National League pennant, clinching the franchise’s first-ever trip to the World Series.

To make this event even more special for baseball fans in DC, the last Fall Classic to take place in the nation’s capital happened all the way back in 1933, which included the Washington Senators. So, yea, it’s been a while.

There are too many ways to explain just how dominant Washington was against St. Louis over the past four games. We already talked earlier this week about how the Nats’ starting rotation has stepped up throughout the postseason, and this tweet from Jayson Stark again helps put that in perspective when talking specifically about the NLCS.

The Cardinals did end up getting to Cobrin, but it was too little, too late. Mostly because Washington poured it on in the first inning by scoring seven runs off Dakota Hudson. How unique was that sequence of events? Well, let’s have Stark once again put that in perspective for us.

Only one pitcher has ever done that in a regular-season game in the pitch-count era (since 1988)!

This was definitely a series to forget for St. Louis, who had reached the postseason for the first time since 2015. You know who else would probably like to forget about this postseason a little bit? That’d be former Nationals franchise cornerstone, Bryce Harper.

A former top overall pick in the 2010 MLB Draft, Harper spent his first seven big-league seasons trying to help Washington push past its playoff shortcomings, but it wasn’t meant to be. In four different trips to October, the Nats could never advance beyond the NLDS, and in 89 postseason plate appearances, Harper posted a .211/.315/.487 line with five homers and 12 RBI, good for a 111 wRC+.

Now that the outfielder will be with the Philadelphia Phillies for the next decade-plus thanks to a 13-year, $330 million contract that includes a no-trade clause, it’s understandable that the internet is having fun with what’s been going on over past couple weeks. This is especially the case with the following clip from Harper’s introductory press conference with Philly literally getting played into the ground.

Bryce Harper saw this coming back in March 😬 pic.twitter.com/X4sJG86Dgz

But the most ironic fact of all? Well, that’d be the tidbit ESPN’s Trey Wingo included at the end of the following tweet.

DC fans waking up knowing this: They held The Cardinals to a .130 batting average and .179 slugging percentage (lowest ever in 7-game series). The Nationals make DC's 1st World Series appearance since the 1933 Senators. Also? Today is Bryce Harper's 27th birthday pic.twitter.com/51Cqvc7F0f

Would the Nationals still be celebrating an NL pennant if Harper chose to re-sign with them last winter? I mean, maybe and maybe not, but we’ll never know for sure. He likely still has a number of former teammates he’s still close with on Washington’s roster, so you know the outfielder has to be happy for them.

But, Harper is human, not a baseball-playing robot, so there’s likely also a feeling of what could’ve been as the Nats surged to a 93-win season after a slow start and the Phillies sputtered in the second half toward an 81-81 campaign.

There’s no doubt in my mind that Harper will have himself a nice birthday — there are plenty of incredible things going on in his life, including a newborn baby. He may spend his special day off the internet and social media a little more than he normally does, though.