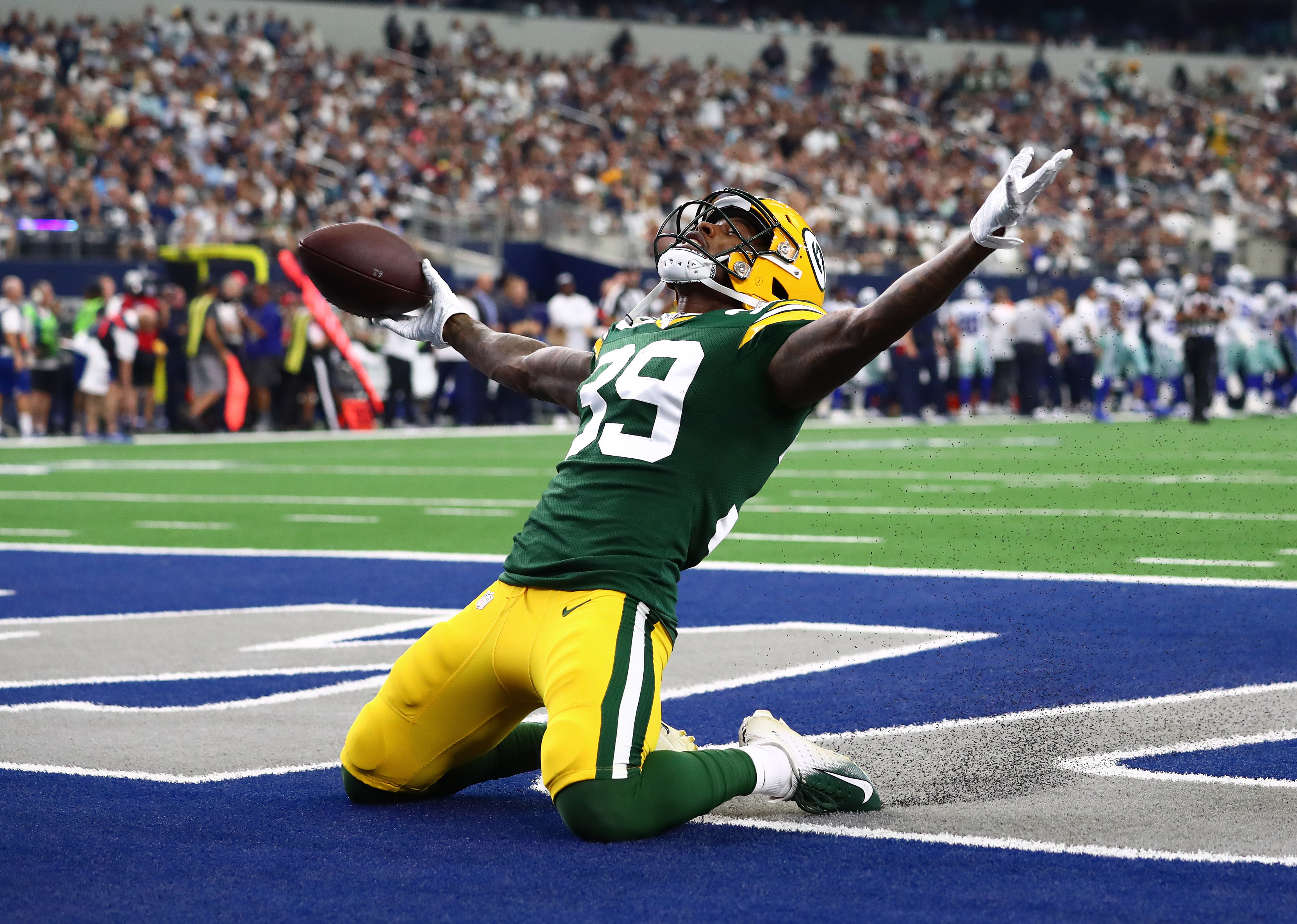 The Green Bay Packers are off to an impressive 5-1 start and sit alone in first place in the tough NFC North Division. One reason for the team’s turnaround is the outstanding job done by GM Brian Gutekunst who is now in his second season on the job.

Gutekunst has helped transform the Packers from a team that was almost exclusively reliant on Aaron Rodgers winning games for them to a team that is much more talented, deep and well rounded. The Packers can now win because of a strong game by their defense or move the ball on the strength of their running game. This is just one of the changes Gutekunst has helped bring to Titletown.

Here is a look at five reasons why the Packers GM is a strong candidate for the NFL’s Executive of the Year Award:

In his two years at the helm, Gutekunst has drafted several players who are either starting or playing significant roles on this team.

His first overall pick was cornerback Jaire Alexander who is quickly becoming one of the better young CBs in the league.

Other members of the class of 2018 who are playing regularly include punter JK Scott, wide receiver Marquez Valdes-Scantling and long snapper Hunter Bradley.

Inside linebacker Oren Burks has been slowed by injuries but should regain his starting position as soon as he is fully healthy while DB Josh Jackson has been a regular contributor in nickel and dime packages.

This season, Rashan Gary has showed flashes of ability as he learns the defense and adjusts to the NFL while safety Darnell Savage and guard Elgton Jenkins are already starters. All eight players he drafted in 2019 made the final roster.

Gutekunst hasn’t hit on every pick, no GM does, but the players he has drafted in his first two years in Green Bay have made an immediate impact on the team with the potential to become long-term starters at their respective positions.

2. Gutekunst Has Changed the Culture

Under former GM Ted Thompson, the Packers rarely signed big-ticket free agents and rarely brought in new players to compete for roster spots on a regular basis during the regular season. Gutekunst has changed all that.

The Packers have been very active bringing in players to compete for the bottom five roster spots and the result has been free agent finds like Raven Greene, Will Redmond, Allen Lazard, Robert Tonyan, Tony Brown and Chandon Sullivan.

While these players are not starters, they have made contributions to the team’s success this season. In addition, the complacency that many players felt had set in under the previous regime is no longer there. Players know they need to play well in order to keep their roster spots and the result is improved play on the field.

The Packers have been much more aggressive signing free agents under Gutekunst than they were under Ted Thompson. While Gutekunst’s record isn’t perfect, he has clearly helped improve the team significantly with many of his free agent signings since becoming GM.

The big signing in 2018 was tight end Jimmy Graham. While the Packers are paying Graham like he is still an elite tight end, Graham is now serviceable at best. He remains a starter and sometime contributor to the offense but has been a disappointment overall.

Gutekunst also brought back veteran DB Tramon Williams to Green Bay. Williams has been a valuable addition playing both cornerback and safety when needed and played both outside and in the slot while lined up at corner. He has also been a valuable leader in the locker room who has more than 13 years of NFL experience.

This season, Gutekunst’s free agent signings have helped transform the defense. Adding Adrian Amos at safety has truly helped defensive coordinator Mike Pettine play the type of defense he wants to play because Amos is so consistent and positionally sound.

The additions of Preston Smith and Za’Darius Smith have not only given the Packers outstanding pass rushers on the edge but has helped change the attitude of the defense and the entire locker room. Thanks in part to the addition of the Smiths, the Packers seem to be having a lot more fun in 2019 than they did in recent seasons.

Guard Billy Turner has been starting at right guard and has been up and down so far. Still, Turner has been an upgrade over what the Packers had at the position a year ago and has the versatility that Gutekunst and LaFleur look for throughout the roster.

4. Gutekunst Has Made Trades to Improve the Team

Last season, when Oren Burks went down with an injury during the preseason, Gutekunst traded for ILB Antonio Morrison to fill the gap. Morrison played in all 16 games and started eight of them. The only thing Gutekunst gave up in the deal was DB Lenzy Pipkins who almost certainly wouldn’t make the team anyway.

This year, when Burks was again hurt in August, Gutekunst acquired B.J. Goodson from the New York Giants. Goodson has started and contributed since coming over from New York.

While none of these deals were blockbusters, they showed that management was always on the lookout for players that can help the team win football games.

This has helped change the atmosphere around the team as well.

Gutekunst didn’t have the power to hire a coach on his own, but he was one of the major decision makers on the Packers search committee that also included team president Mark Murphy.

Of all the new head coaches in the NFL, only LaFleur has a winning record right now at 5-1. While it is still too early to tell how successful the 39-year-old rookie head coach will be, LaFleur has clearly contributed to changing the culture and approach of the organization which is consistent with what Murphy and Gutekunst wanted to bring to Green Bay.

The 2019 NFL season is far from over and we still don’t know how successful the Packers will ultimately be. But the team’s strong start to the season and the changes around the organization over the past two years show that Gutekunst has a vision for the franchise and has taken significant steps to implement that vision and improve his football team. That makes him a strong early candidate for NFL Executive of the Year.