Season Predictions, Day/Night 3. Who will be the Celtics' MVP? 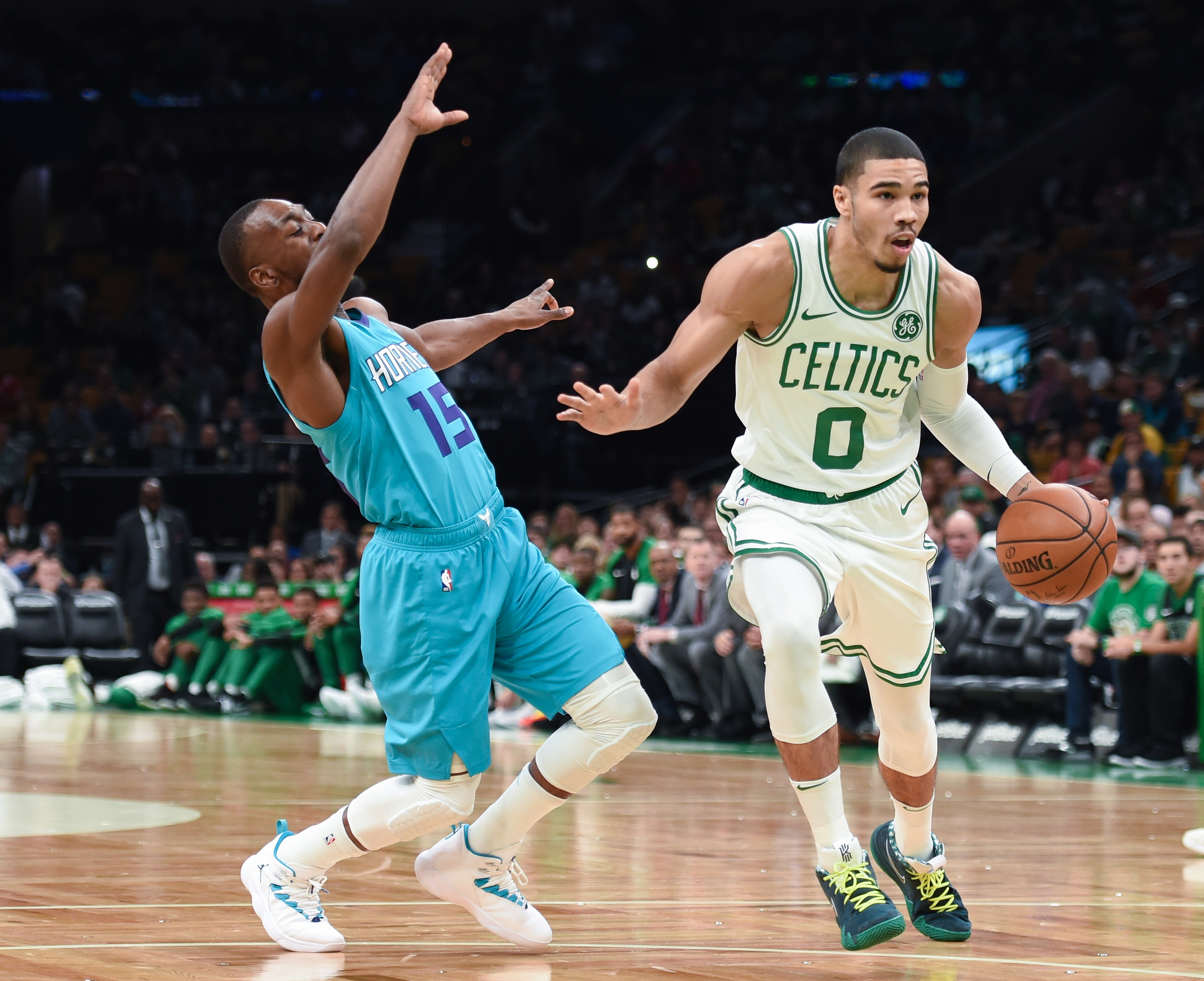 Season Predictions, Day/Night 3. Who will be the Celtics' MVP?

We’re 8 days away from the Celtics taking the floor in Philadelphia to tip off the 2019-2020 season. The staff at Red’s Army have 8 more predictions to give before it all gets started.

Tonight we’re each putting forth our best guess at who fans and media alike will look back on as the team’s MVP this season. Of course, teams don’t give out such an award officially, and there are often years where the answer is “no one” (last year, anyone?), but with a clean slate and players on the roster with lots to prove, we’re thinking one of two guys takes the unofficial honor when all is said and done.

Explanation: The reason a second-round exit will elicit more optimism from fans than it did last year, is because Jayson Tatum’s true ascension to stardom will be on a steep, upward (and still rising) trajectory. Expect Tatum to get to the free-throw line a lot more this season, and to take more 3s. Even if his percentage doesn’t go up, by sheer volume, Tatum should become an upper-echelon scorer in the league, and will hopefully become a fourth-quarter closer. It feels like he’s ready to blossom, and he better.

Explanation: All signs point to Jayson Tatum making the leap this season. He’s put in the work and we saw a preview of the improved shot selection and aggression during the preseason. Kemba Walker is talking about embracing a lighter load and Tatum will be ready and willing to take it on. It’s a 20+ ppg and All-Star spot or bust.

Explanation: Although I fully expect Tatum to break out as a superstar this season, Kemba will be The Man for this team. He averaged 26 and 6 a year ago and could do it again. But it’s just as likely that his points drop a bit while his assists rise, because there’s more talent around him in Boston than there ever was in Charlotte. The key, however, will be Kemba providing the veteran leadership that the Celtics desperately missed last season.

Explanation: I think this season will be a revelation for Kemba Walker. Jayson Tatum may draw a bit more attention, depending on how much he improves his game, but this is the first time Kemba has played with a top-notch team since he was a Husky. Kemba wasn’t like Kyrie, stuck in the shadow of a better player who has a perpetually toxic effect on his teammates. Kemba was stuck in a situation where the longer he played in Charlotte the more he was asked to do, until it reached a point last year, where he pretty much singlehandedly carried the team. I expect to see, at some point, complaints about Kemba not unlike the complaints that people made about “Average Al” Horford. Kemba’s going to score fewer points, and he’s going to play fewer minutes, and he’s going to do much more facilitating—including ‘hockey assists’ that don’t show up in the box—and people will grouse about whether he’s worth what the C’s are paying him. Short answer: Yes. Yes, he is.

Explanation: Jayson Tatum does not want to hear about “De-Mamba-ing” himself but boy is that exactly what needed to happen. After a summer with Team USA, those dreadful long 2s are turning into threes/drives and it’s absolutely fabulous. Tatum’s got all of the moves and should be able to live at the free-throw line this season as well due to his new mindset. He looks like he’s ready to make the jump to 20+ ppg and if that’s the case, he will be one very popular man in the city of Boston.

Explanation: To paraphrase Truth, that’s why they brought him here. The long-term future of this franchise lies with Tatum, Smart and Jaylen Brown (shut your trade talk the hell up), but the front office brought Kemba into the fold to lead the team to long playoff runs right now while the future stars are still working out some of their kinks. Will he score 26 points a game here like he did last season? Probably not. But I fully expect Kemba to be the straw that stirs the drink for this team.