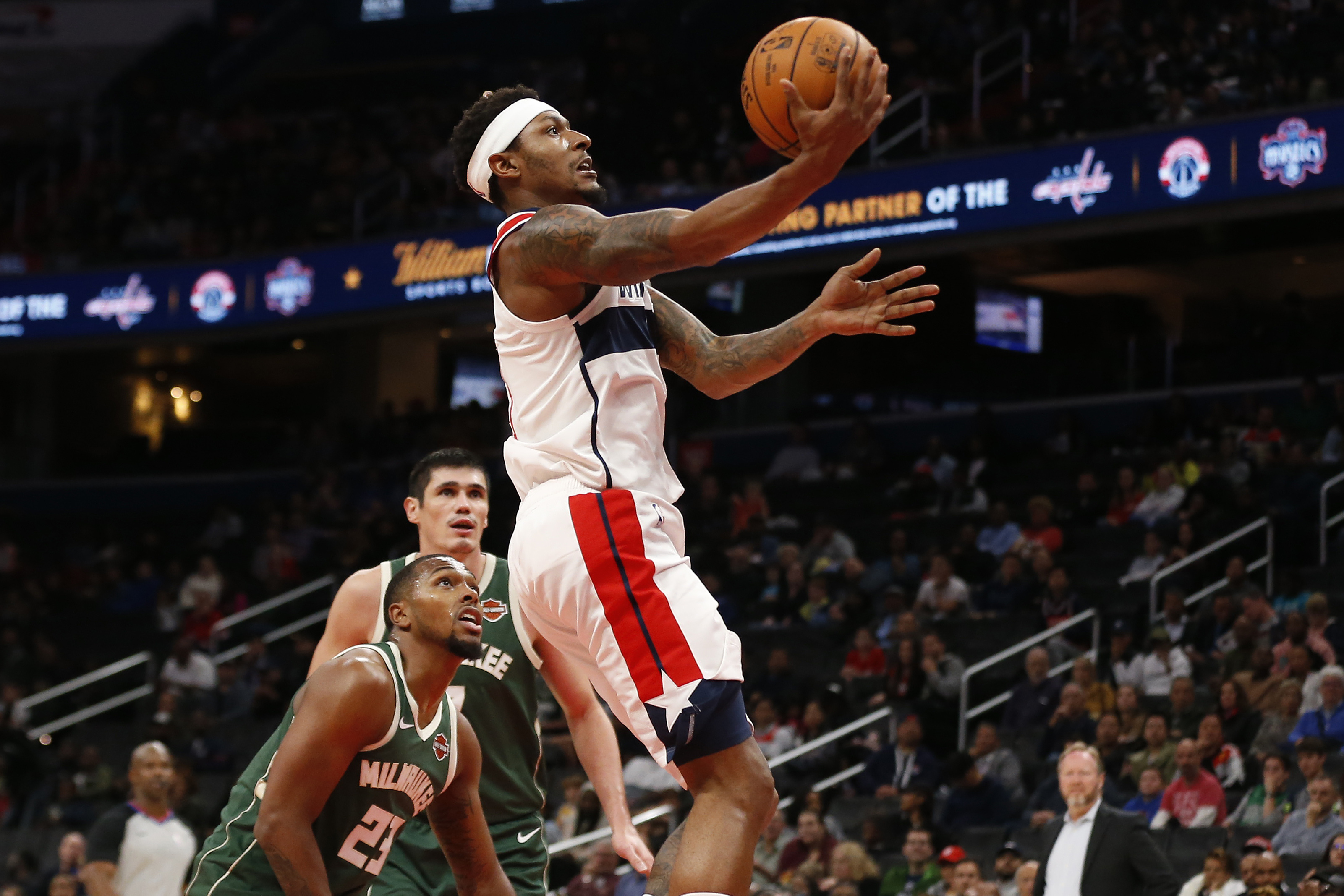 The Washington Wizards might be the laughing stock of the NBA according to characters like Stephen A. Smith, but in reality, they are taking the steps necessary to return to relevance. It is true that Washington will struggle to score at times, while also giving up way too many points during the upcoming 2019-20 season. But as Bradley Beal is starting to enjoy saying, “teach is on.” The Wizards are concerned with development with John Wall on the mend. That vision laid out by general manager Tommy Sheppard, team governor (owner) Ted Leonsis, and company enticed Beal enough to remain committed to D.C. On Thursday, Beal backed up his word by signing a two-year extension including a player option for the 2022-23 season.

“Bradley embodies the type of high-character, team-first player that we want to have representing our fans and our city and we’re very happy to sign him to this extension,” said Chairman and CEO of Monumental Sports & Entertainment Ted Leonsis. “This caps off a tremendously productive offseason by our new leadership structure of smartly and efficiently moving the franchise forward in a positive direction.”

“Bradley is pillar in the community and an All-NBA talent,” said Wizards General Manager Tommy Sheppard. “He is entering the prime of his career and we are committed to building and developing our team around him as we establish the environment for sustainable winning.”

That is a big deal for Sheppard as he is now six months into leading an NBA franchise for the first time in his 26 year career. The former No. 2 to Ernie Grunfeld has stood firm that Beal is not available to trades that could have reaped draft picks to accelerate a rebuild. The Wizards do not want to do that, they want to re-tool around Wall and Beal under a better culture. Now that Beal has shown that he is still committed to the Wizards’ plan it is clear that he will not be demanding a trade to avoid the losing (at least not for the next year), Sheppard does not have to sweat opposing front office propositions for the elite shooting guard.

“Both the Wizards organization and the city of Washington have been committed to supporting me and my family since the day I was drafted and I feel blessed to be able to show my commitment back to them,” said Beal. “I’m proud to continue leading this team both on and off the court and look forward to being part of building something special.”

Beal is one of the top-25 best players in the NBA and he is only 26-years old, which is baffling. Some would say he hasn’t even entered his peak age. Even so, Beal averaged career-highs during the 2018-19 season in points (25.6), assists (5.5), rebounds (5.0), steals (1.5) and blocks (0.7), which made him the first player in franchise history to average at least 25 points, five assists and five rebounds in a season. All of that while also making a difference in the D.C. community, which earned him the NBA Cares Community Assist Award. As Sheppard described, Beal is a “max player, but he’s a max person.” There are not better players you would want to build your team around.

Tommy Sheppard (with a big smile on his face) on Bradley Beal agreeing to an extension: "I think it's fantastic. We're so happy for Bradley and his family and certainly for our franchise we feel this validates what we’re trying to do." pic.twitter.com/SdyRLb8JNO

The two-time All-Star certainly had a plethora of options with two years left on his max contract he signed in the infamous summer of 2016. Beal could have signed a similar extension of the one or three-year variety. The two-year deal with a player option gives him the chance to enter free agency in summer 2022 as a 10-year veteran making him eligible for the 35% of the salary cap max contract. That means making All-NBA to be eligible for the supermax no longer matters. But, Beal could have rolled the dice hoping to make the 15-man list of elite players for the 2019-20 season and cased in with a $254 million contract from Washington who would have been forced to pay up or potentially deal him away. The St. Louis native also could have taken another two years to see what the Wizards put together but deciding if he wanted to remain with the organization, but they sold him in just six months to extend his residence in D.C. for at least an extra season. It was not about the money for Beal and the nation’s capital is where he wants to be.

Another aspect that draws Beal to remain a Wizard is legacy and leadership. He wants to be known as the player that brought something special to basketball in Washington. He wants to mentor the likes of Rui Hachimura, Troy Brown Jr., Thomas Bryant, and more. He wants to run it back with a healthy John Wall. He wants his jersey hanging from the rafters of Capital One Arena (or whatever it is called in the future). All of that is as admirable as things get.

Bradley Beal on why he decided to sign his extension despite having other options: "Legacy at the end of the day. This is where I've been for the last 7 years, going on 8. I have an opportunity to be able to turn this thing around. … Why not me?" pic.twitter.com/fxc2sBYziK

Tommy Sheppard on Bradley Beal mentoring Rui Hachimura, Thomas Bryant, Troy Brown Jr.: "I think he sees a little bit of himself in those players. … When it's a peer that's a two-time All-Star, one of the best shooters, best people in the NBA, they're hearing gets better." pic.twitter.com/H9yliGWOed

Under Grunfeld’s 16-year tenure as the head of the Wizards, Washington could not attract marquee free agents. Whether it was Kevin Durant or Al Horford, D.C. never seemed to be a likened destination. If Wall and Beal were not drafted by the team, there would not be a real star on the roster for the past decade. The fact that Beal is signing an extension earlier than needed on a relatively team-friendly contract ($3 million less in 2021-22 then a max contract signed during the summer of 2021) could change the perception of Washington as a more favorable landing spot for upcoming free agents. Imagine if Wall comes back healthy and the Wizards had a third star to surround around Beal – that’s a potentially lethal offense. There is still plenty of work left for Washington to do, but Thursday may have been the best day for the franchise in over two years when Wall hit a game-winning three-pointer in Game 6 against Boston.

Tommy Sheppard knows there is still work to be done: "Everybody in this organization strives to be the very best organization. Be a perennial playoff contender, championship contender. … Hopefully this is a great first step, we are very, very pleased. Very grateful." pic.twitter.com/J6j1PAHIZF