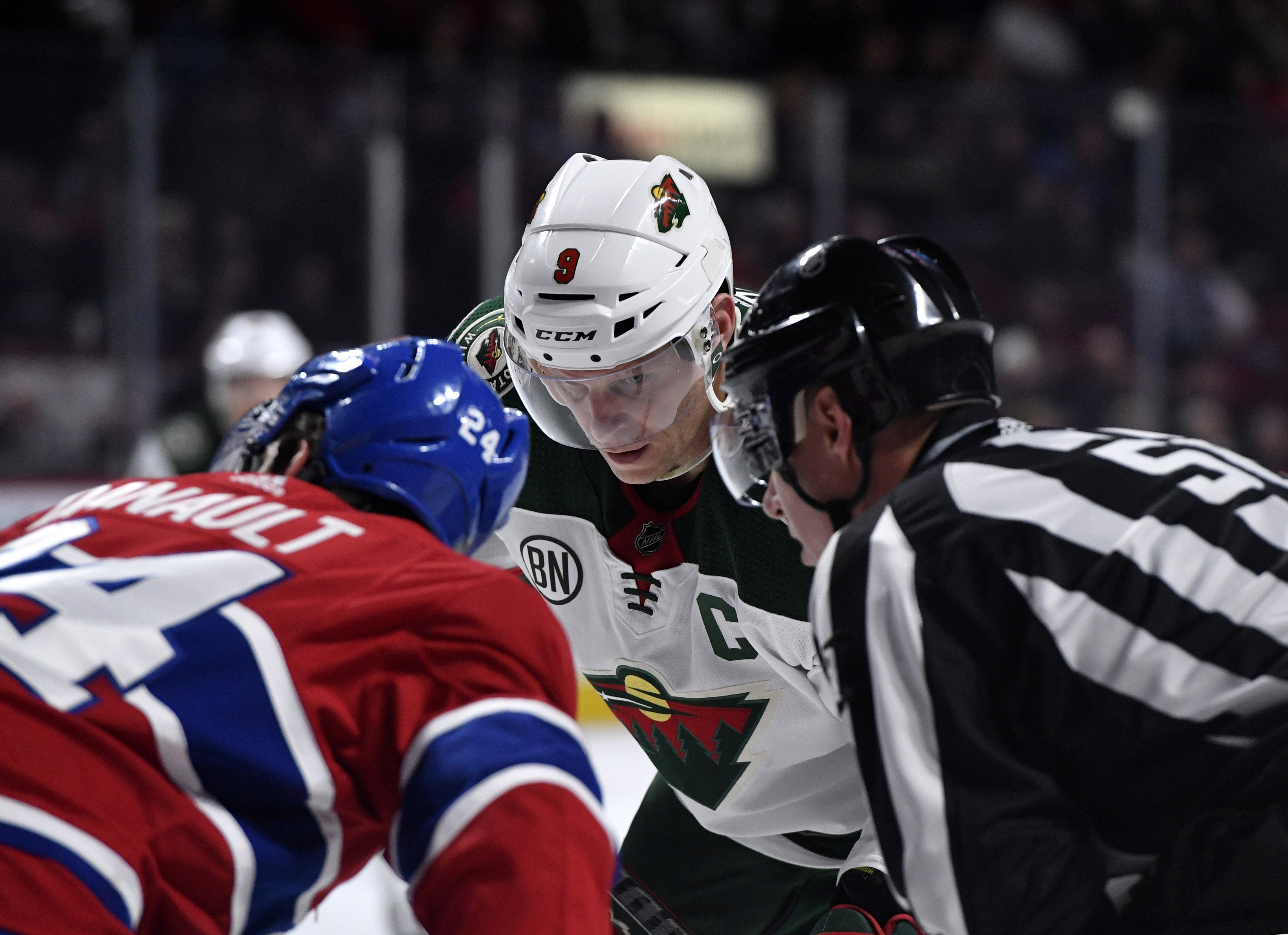 After the Tuesday’s 4-2 loss to the Toronto Maple Leafs, Michael Russo of the Athletic reported that Wild owner Craig Leipold had attended the game and watched it in the same executive box as General Manager Bill Guerin.  The loss fit the modus operendi of the previous 4 losses on the season.  A Wild team holding its own and then at some point the wheels fall off and the team gets blitzed for 3 or 4 goals in a fairly short time span.

Minnesota was up 1-0 against Toronto at the end of the 1st period, working pucks deep which kept the Maple Leafs’ high octane offense at bey.  Then Toronto blitzed the Wild with 4 goals and the team didn’t really have the ability to battle back.  You can imagine there had to be a few uncomfortable looks or comments from owner and GM that we’ll probably never know about.

It was also uncomfortable for Wild Head Coach Bruce Boudreau as reporters asked the obvious question about the blatant lack of speed by the highly-paid veteran players on the team.  After having scratched one of the team’s fastest players in Kevin Fiala, does it seem fair that older players are immune to the same benching practice that Fiala dealt with.  In my opinion, no one should be above that.  I would hope Bill Guerin would support such measures for players (veterans, younger ones, etc) that are not pulling their weight.  That may not sit well with Zach Parise, Mikko Koivu and Eric Staal but to be blunt.  They haven’t been nearly impactful enough and their lack of speed has become a major liability for the club.

“I don’t have the answer for that. That’s what we have. They have to play. I wish I had a magic potion to make everybody faster, but I don’t.” ~ Bruce Boudreau when asked if he was concerned about the slow play of his veteran players

Victor Rask didn’t have a point against the Maple Leafs, but I thought he looked comfortable and seemed to want to push the pace which is something this team sorely needs.  Another player who made a good initial impression was Gerald Mayhew.  He got less than 10 minutes of ice time, but he exhibited good instincts and a willingness to get involved in battles for the puck and registered his first NHL goal in front of 11 members of his family who attended the game.  Lastly, Alex Stalock has played well enough to earn the start against Montreal which no doubt irks incumbent starter Devan Dubnyk.  For Dubnyk, he needs to face the facts his numbers are just lousy as he is 0-5 with an ugly 4.44 goals against average.

The Canadiens are coming off a 3-1 loss to Tampa Bay which may not be earth-shattering but Montreal isn’t exactly firing on all cylinders to start the season either.  Max Domi brings the tenacity and scoring that Canadiens’ GM Marc Bergevin saw in him when he traded for him a season ago.  Playing on line with feisty Brendan Gallagher and the skilled Tomas Tatar the Habs are not the biggest team but they move well and can be pesky.  Arguably the Habs most dangerous scorer, Jonathan Drouin, plays on the 3rd line which makes Montreal a bit tricky to match up against.

On the blueline, the former defensive partner of Ryan Suter is Shea Weber who still has a cannon of a shot.  The rest of Montreal’s blueline may not be the most mobile but they have a dose of sandpaper to their game which helps make up for the fact their forward corps is of the undersized variety.  I would expect Montreal to start Carey Price against the Wild tonight.

1. Stay out of the box – I said this for their last game in Toronto, but penalties helped the Maple Leafs pull away from the Wild.  Montreal’s power play is good and the Wild would be wise to keep them off the ice as much as they can.

2. Free Gerry & Free Younger players – When the Minnesota Wild had power plays against the Maple Leafs they mostly utilized its older veteran players, the same ones that are causing Boudreau so much frustration.  So why not try the younger players like Mayhew, Fiala, Luke Kunin and Joel Eriksson Ek on the man advantage.  Special teams should be a way to reward effort and hold players accountable.  If the team isn’t going to bench the vets, the least they can do is keep them off the power play and give the younger players some valuable experience and a chance to show what they can do.

3. Pay the price – If the Wild want to turn their fortunes around, one thing they must do is be willing to screen opposing goalies and crash the net with a purpose.  You can’t get it done just by putting your stick out front and hoping for a lucky tip, that doesn’t deprive the opposing goaltender a view of the shot.  If a goalie can see the shot, they most likely will make the save.  Also, no more flybys.  That only lets the goaltender off the hook and gives them time to corral loose pucks.  If you’re going to crash the net, make it count and do the work to get the goal.

What do you think are keys to a Wild victory?  Tell us on Twitter @CreaseAndAssist or in the comment section below!