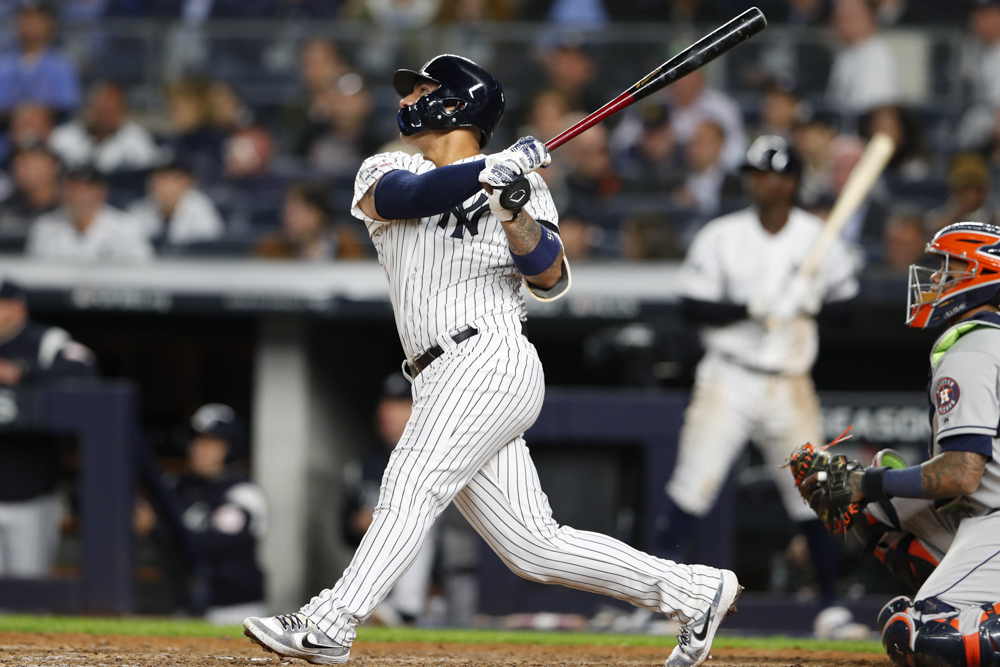 Game 4 of the American League Championship Series on Thursday will be a crucial one for the New York Yankees. As they enter this matchup facing Zack Greinke and the Houston Astros, they’ll be hoping to avoid falling into a 3-1 hole while playing in the Bronx. The weather could play a role in this contest, but either way, New York must find a way to wake up the offense.

After putting up seven runs in Game 1, they’ve combined to push just three runs across the plate during two consecutive losses. One hitter that has continued to find some level of success at all times for the Yankees, though, has been second baseman Gleyber Torres.

The 22-year-old got a small taste of postseason baseball last October, but it didn’t go that well. Through 18 plate appearances, he slashed .250/.333/.250 with no homers, no RBI, and just one run scored, which led to a 69 wRC+ (nice). This year, though? It’s been a whole new ballgame (pun intended). Heading into Thursday’s Game 4, Torres has slashed an incredible .417/.481/.958 through 27 plate appearances. Of the 10 hits he’s recorded, seven of them have gone for extra bases (four doubles, three homers).

He’s also found a way to print his name in the American League record books thanks to his power production:

.@TorresGleyber now holds the AL records for most RBI (10) and HR (3) by a player under 23 in a single #postseason. pic.twitter.com/LCFcmxW1SI

Although the sample sizes are lopsided, it’s interesting to compare how his regular-season performance has changed in October. His walk rate has increased from 7.9% to 11.1%, while his strikeout rate has gone from 21.4% to 14.8%. Let’s not forget about his batted-ball profile, either — check out this distribution of batted-ball events:

FanGraphs doesn’t track quality-of-contact numbers in the postseason, but with a wRC+ of 267(!), one would assume Torres’ hard-hit rate is at least at the 39.7% level he established in the regular season, if not higher.

This explosion of offensive production in October has continued a trend at the plate for the young infielder that’s mostly been consistent throughout the year. Check out how his wRC+ progresses from one month to the next between March/April and October:

Torres did put together consecutive months of well-above-average offense in May and June, but since June, he’s alternated between posting elite offensive production and coming in below average. Looks like he started this trend just in time to help the Yankees try and reach their first World Series since 2009.