Shooting the Bird before big game in Dallas 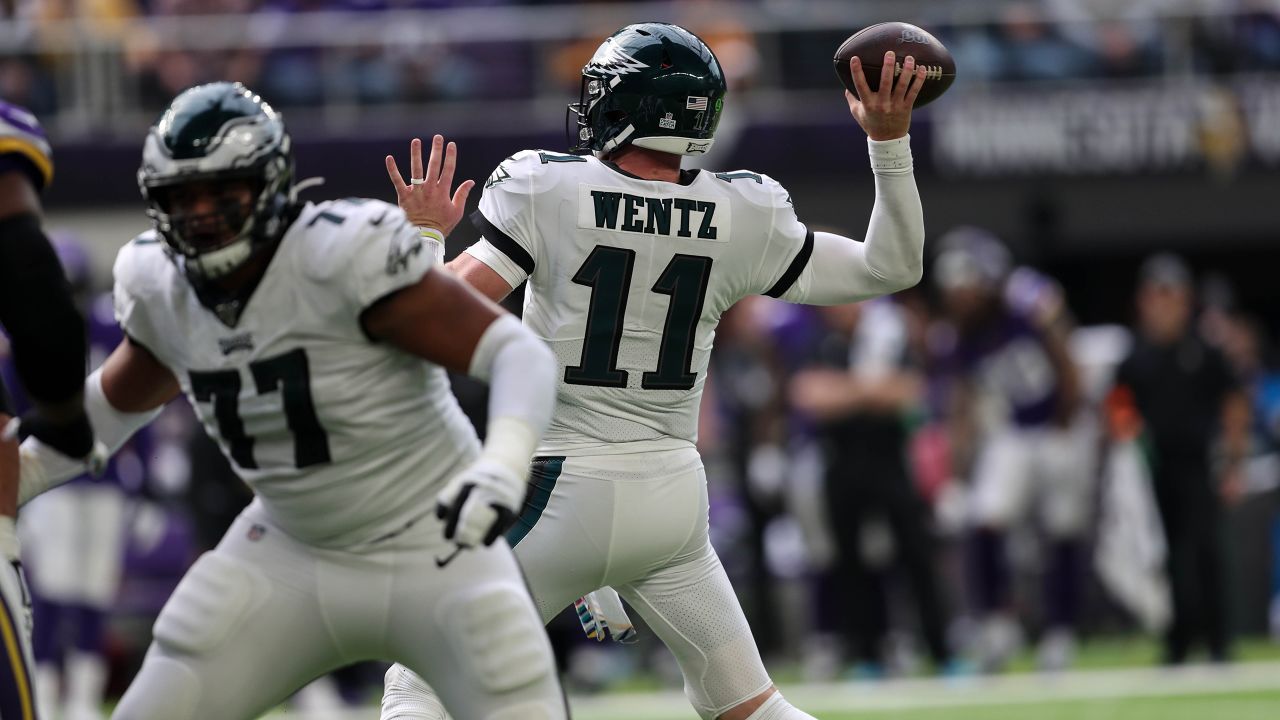 Shooting the Bird before big game in Dallas

I’m all over the place with this one…

First, I guess I’ve heard it all by now— lots of Eagles fans are criticizing Howie Roseman for acquiring players who are currently (get this) too injured to play on Sunday. In other words, Howie should have anticipated veteran injuries and prepared better for younger replacements.

Wow. Sure, the loss of Malik Jackson, Timmy Jernigan, DeSean Jackson, Darren Sproles, a host of defensive backs and now Jason Peters due to injury has interrupted team progress on the playing field. But how is that on Howie?

In the NFL it’s not a question of IF you’re going to go down with an injury, it’s WHEN. Even so-called healthy players right now are a mass of combined boo-boo’s and soreness which they are able to play through, not without the help of legal pain-killers and corticosteroids.

Howie like other G.M.’s did the best he could to set up contingency remedies with roster depth. Unfortunately, back-up personnel planning is not an exact science.

What more do you want from Howie? He drafted Andre Dillard as Jason Peters’ trainee at left tackle. So Dillard will get the start against Dallas. Yes, Dillard got his arse beaten in limited snaps against the Vikings last Sunday, but how is that Howie’s fault? At some point you have to trust in the back-up player’s ability and will to respond to the challenge, which has nothing to do with the G.M. or the guys who scouted the player.

Sometimes we as fans forget how difficult it is for any player to excel at this brutal profession, let alone survive long enough to learn from past failures. Howie Roseman (who is not a “football guy” in the classic sense) knows enough about the game to understand this is not a board game with interchangeable pieces. You can draft and sign players based upon tangible potential to fill roles as needed, but you can never legislate mandatory learning curves. Often it takes more time and opportunity to develop players in real-game-situations than we care to admit. Unfortunately, in a 16-game regular schedule, there is only a limited amount of patience to go around. Many Eagles fans have hit that limit already.

But it’s not just the Eagles who are dealing with roster credibility due to injury. Look at the Dallas Cowboys…

DE Dorance Armstrong, who suffered a neck stinger against the Jets, had limited participation.

WR Noah Brown has been out for six weeks (knee). DT Tyrone Crawford has been placed on IR with a fractured hip. Starting RT La’el Collins sprained his MCL against the Packers. He did not practice last week or play against the Jets. Rookie Brandon Knight started in his place. Jourdan Lewis will be filling in for Byron Jones at cornerback.

Short-handed or not, Ezekiel Elliott didn’t make excuses for not having both starting tackles and two wide receivers on offense. “It’s football … next man up,” Elliott said. “We’ve got the players. It’s just about execution. We’ve got to execute.”

So you see, it’s not about Howie’s roster-building skills or lack thereof…just about every team in the league including the Cowboys are in pretty much the same boat we are right now.

For instance, Dallas has their own version of Mack Hollins— Cedrick Wilson (6-2, 200, Boise State). While he was supposed to be the team’s fourth receiver heading into the game, Wilson found himself in most of the three-wide packages after Amari Cooper went down with a quad injury on the first drive against the Jets.

Wilson recorded the first receiving stats of his career, hauling in five catches for 46 yards on six targets. Now is it Howie’s fault that we’re still waiting for Hollins or JJAW to come up with that kind of relief performance?

Absolutely not. Consider this— Wilson was also flagged for offensive pass interference which negated a touchdown pass to Jason Witten. The Cowboys had to settle for a field goal.

Again, the lesson here is you can provide for talented back-up players on your roster, but you have almost zero control over real-time development and real-time opportunity for these players. They either learn quickly from early struggles and mistakes, or they fade away. Nothing Howie or any other G.M. in the face of injury depletions can do to change this fact of NFL life…

Cox was ill with flu symptoms, but is expected to play in Dallas.

2019 first-round pick Andre Dillard will start in Peters’ place.  He goes up against Robert Quinn, who has five sacks in four games this season.

Jalen Mills returned to practice for the first time since he originally injured his foot nearly a year ago on October 28, 2018. Mills told reporters he is aiming to play this Sunday. Even if Mills is able to play, Doug Pederson noted that he’s very likely to be on a pitch count after such a long layoff. Note that Mills isn’t listed on the official injury report since he still hasn’t been activated to the 53-man roster.

LIMITED PARTICIPATION—CB Ronald Darby (hamstring)
*   *   *   *   *   *   *   *   *   *   *   *
BSE Blues:  I am having no luck in following the week-to-week action in the “BRISUKSEGG Fantasy Football League” at ESPN, mainly because for the first time ever you need a log-in identity and password just to be a spectator. In the past you could just google the league standings and ESPN would let you in to view the weekly game results. Now apparently you must have some skin in the game as a league member to follow the action. This is an outrage on the part of ESPN, basically shutting out the casual fan who merely wants to attend the games.

From what I can gather from our comments section here, however, it appears that Bri’s GK Barons are still very much in the race at 3-3 after a hot 3-0 start, ~BROZ is lurking somewhere around .500, and Benny’s Bad Jews Bears are 4-2 after an 0-2 start. I wish I could get to the standings and stats for a more complete picture on all the teams, but T-BONER hasn’t sent me any updates since Week 1 (I hope he’s okay), so I’m flying blind at the moment. Maybe I can find a way to crack the ESPN code, but until then, I’m missing out on a really entertaining season so far. No matter what, we will eventually report the winner of the crown—after all, this is the 8th season of BSE. That’s amazing longevity for any FF league, and we’re proud to be associated with it in any small way.