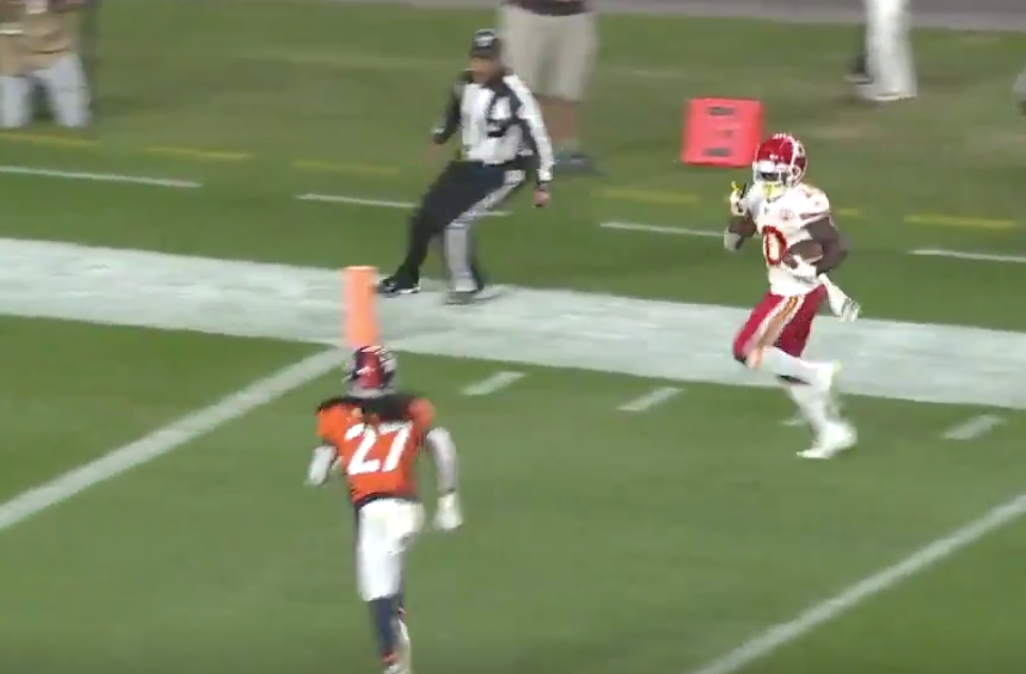 Chiefs receiver Tyreek Hill made 35-year-old veteran quarterback Matt Moore look good during Thursday’s game against the Broncos, and he made sure to let everyone know about it.

It was only Hill’s second game of the season, yet he picked up where he left off in last Sunday’s showdown with the Texans) — finding the end zone in the third quarter. The Broncos elected to commit 7-8 players in the box nearly every play, given that Moore was in the game, and Hill made them pay for it, catching one of the 35-year-old’s passes in stride and taking it to the house for a 47-yard touchdown.

Check out Hill turning on the afterburners, then flashing the peace sign to let the Broncos know he had just shredded them as he trotted into the end zone — giving his team a commanding 30-6 lead (which ended up being the ifnal score).

“The Cheetah” is simply light years ahead of his opponents, speed-wise.