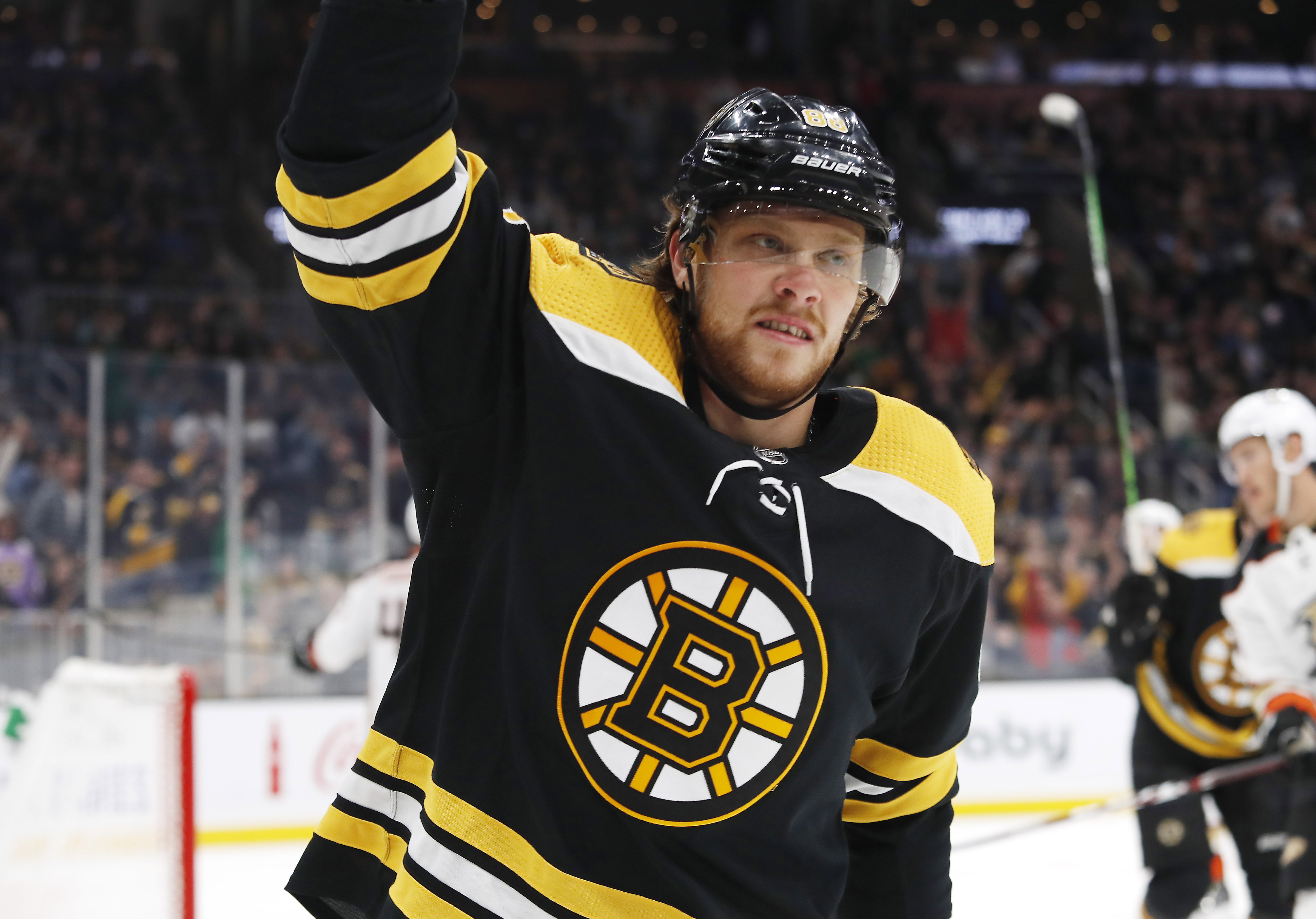 David Pastrnak of the Boston Bruins is off to a great start to begin the 2019-20 National Hockey League regular season. In seven games, Pastrnak has eight goals and five assists for 13 points.

Pastrnak’s most impressive game during this streak came on October 14. He scored all four of the Bruins goals in a 4-2 win over the Anaheim Ducks.

In the Bruins win over the Ducks, Pastrnak opened the scoring on a goal from Torey Krug of Royal Oak, MI and Patrice Bergeron at 4:18 of the first period on the power play. Pastrnak then put the Bruins up 2-0 on a goal from Brad Marchand at 11:38 of the second period, scored the game winning goal at 2:20 of the third period with an unassisted marker to put Boston up 3-1, and then scored again just over two minutes later on the power play from Marchand and Krug to put the Bruins up 4-1.

Pastrnak then had another productive offensive performance on Thursday in a tight 4-3 shootout loss to the Tampa Bay Lightning. The right winger from Havirov, Czech Republic was once again involved in all three of the Bruins goals as he had two goals and one assist.

Pastrnak has now recorded a point in all seven of the last Bruins goals. He has six goals and one assist during that time span.

The Bruins now have a record of five wins, one regulation loss and one loss in extra time for 11 points overall. They are two points back of the Buffalo Sabres for first place in the Atlantic Division. They next play in Toronto on Saturday in another interesting Atlantic Division matchup.