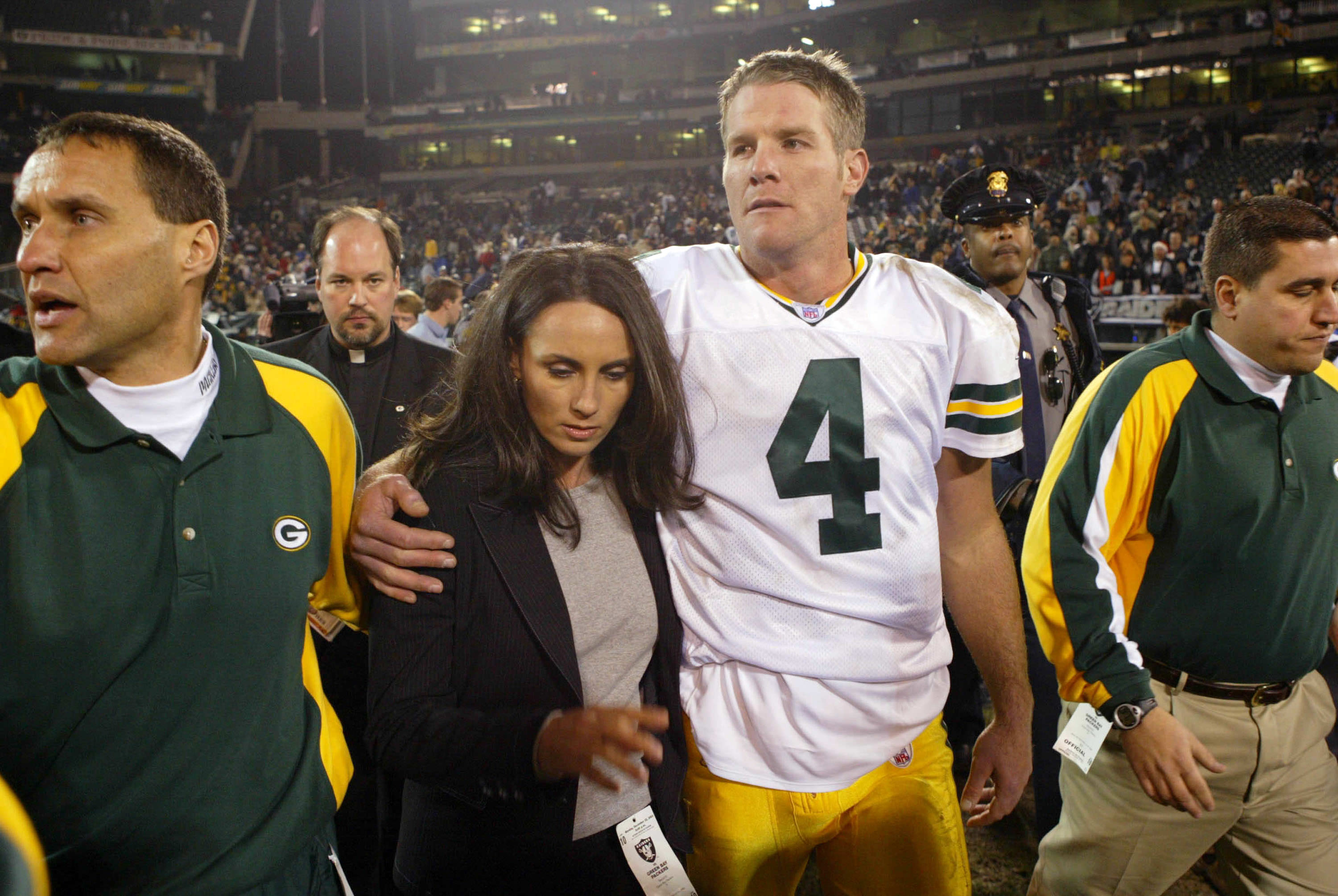 Brett Favre played in many big games for the Green Bay Packers during his 16 seasons with the club, but none was more emotional and poignant than a game he played in Oakland on December 22, 2003. The Packers were facing a must-win game against the Raiders to keep their playoff hopes alive. They were playing in front of a national TV audience on Monday Night Football and Favre was playing just one day after his father died suddenly of a heart attack back in Kiln, Mississippi, at the age of 58.

Irv Favre was a major influence in his son’s life. He was his high school coach, his mentor and of course his father.

The Packers quarterback decided the best way he could pay tribute to his father was to play the game.

“I knew my dad would want me to play,” Favre said after the game. “I loved him a lot and love this game, it’s meant a great deal to me and to my dad and my family. I didn’t expect this performance, but I knew he was watching tonight.”

The atmosphere surrounding the game was almost surreal. Nobody knew exactly what to expect. TV cameras kept focusing on Favre on the sidelines and the emotions were clearly etched on his face. Then they showed his wife Deanna in the stands and she was also very emotional.

Favre didn’t just play, he was spectacular. He came out and was dominant from the start, leading the Packers to an easy 41-7 victory over the Raiders.

Favre put the game away quickly, throwing for 311 yards and four touchdown passes in the first half. The Pack led at the break 31-7.

The fans in Oakland showed Favre the ultimate respect before and during the game. Although “The Black Hole” is considered one of the toughest places for visiting players to play, the fans showed class by cheering Favre before and after the game. There were even banners in the stands in support of the Packers quarterback.

Future Packers cornerback Charles Woodson was playing for the Raiders that night. He recalled, “So his father passed, and he came in — you know Raiders fans don’t like anybody — but they respected the man, they respected who he was, and what he was as a player. I think down inside of everybody, everybody was kind of rooting for him in a way.”

Nearly everything Favre attempted seemed to work. All his deep throws somehow found open receivers. He finished the game 22-of-30 for 399 yards and four scores. He did not throw an interception.

“His teammates, his receivers, they told him to just throw it up, we’ll go get it,” recalled nose tackle Gilbert Brown. “Throw it up, and we’ll go get it. Brett threw it up, and those boys went out and played for him. But for Brett to do that in that frame of mind, shows what kind of champion he really is.”

Although he played outstanding football, it was a very difficult night for Favre. “My dad has been to every game from fifth grade, and he coached me in high school. You never expect it to happen like that. I’m going to miss him. He was so instrumental not only in football, but in life,” the quarterback said after the game.

Broadcaster Larry McCarren added, “Brett was outstanding, no question about it. But the rest of the team, watching their response to his trouble, his hardship – I think that whole team elevated their game because of Brett Favre and how much they thought of him and how much they loved him.”

For Favre, the memories remain difficult but strong. “Losing my father and the role he played in my life and my career and wanting to honor him the best way possible, it could not have gone any better considering the circumstances,” Favre recalled.

One week later, the Packers crushed the Broncos 31-3 and won the NFC North when the Arizona Cardinals completed a miraculous late comeback against the Vikings on a touchdown pass from Josh McCown to Nathan Poole. A week later, Poole was an honored guest at the Packers home playoff game against Seattle.

Nobody would have blamed Favre if he decided not to play that game. But it seems right that he did and that he played so well. It showed Favre’s character, his love of his father and their shared love of the game of football.

In the end, the game was a fitting tribute to Favre’s father and for the love and respect Favre had from his teammates, his opponents and both Packers fans and fans of the sport of football. And it was a moment that nobody who witnessed it would soon forget.