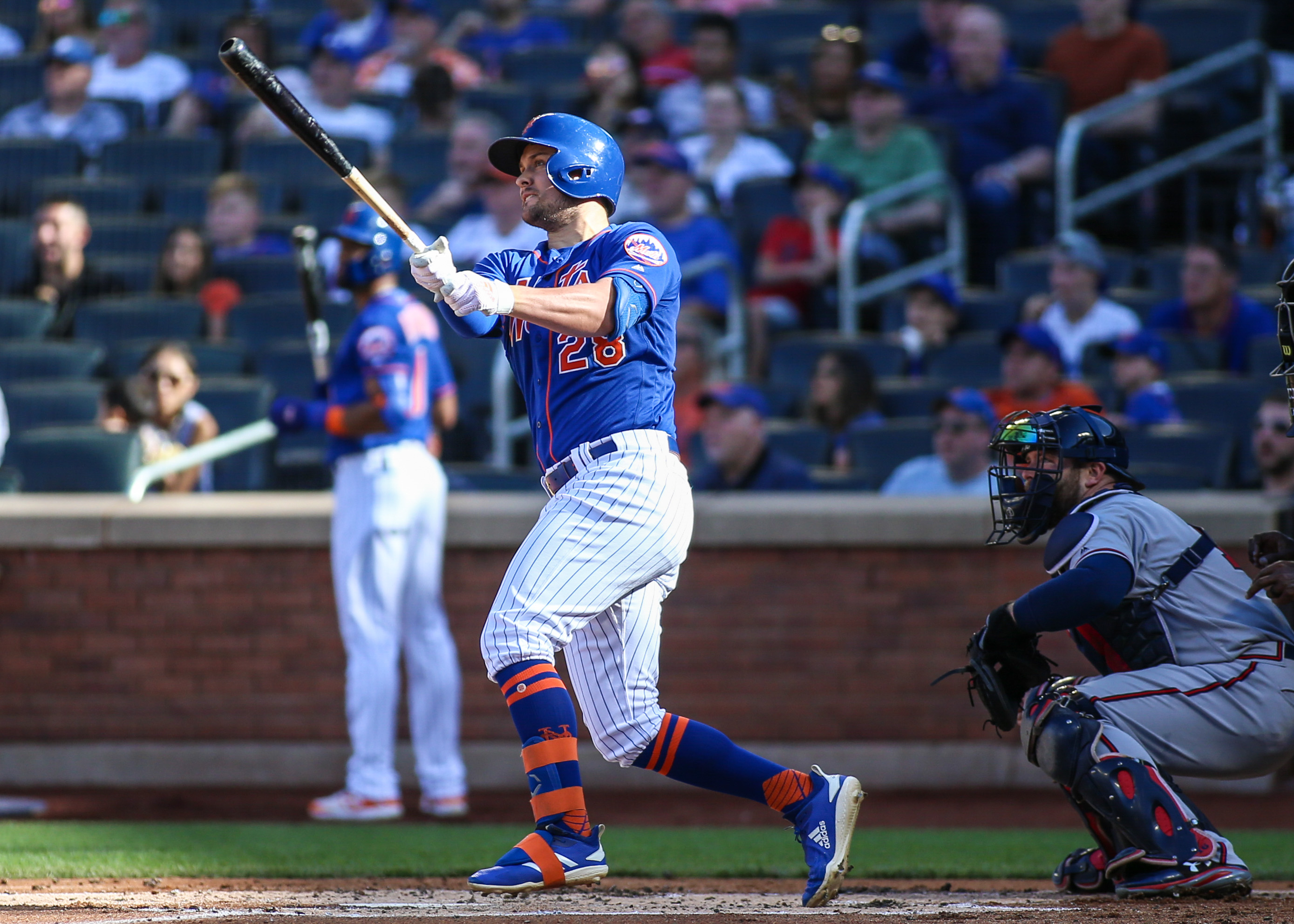 Now that the 2019 season is over for the New York Mets, we have been looking back at the year that was. After taking a more general view of the offense, pitching, and coaching staff, it’s time to take a deeper dive into the Mets’ players. This series will take a look at every player on the roster for the Mets at the end of season from A (Pete Alonso) to Z (Daniel Zamora). The review will look at their season statistics, stories, and what role (if any) they will have next season. We continue the series today with a look at outfielder J.D. Davis.

Story: After failing to break through a loaded Astros’ team, J.D. Davis found a new start when the Mets traded three prospects for him in the offseason. Davis won a job on the Opening Day roster with a solid spring and became the starting third baseman after injuries to Todd Frazier and Jed Lowrie. Mets’ fans were slow to warm up to Davis, but he announced his presence with a two homer effort against Patrick Corbin and the Washington Nationals in the team’s first home win of the season.

When Frazier returned, Davis’ playing time started to dry up, so the Mets began exposing him to the outfield to try and find Davis some at bats. A rash of injuries out there led to Davis becoming the every day left fielder by the summer, and he started to thrive with regular playing time. Davis finally flashed the offensive potential the Astros saw for years, ending the year with 22 homers and 57 RBI’s in only 410 at bats. The Mets also saw Davis have his fair share of clutch hits, including a walk off double against the Cleveland Indians in late August.

J.D. Davis was one of Brodie Van Wagenen’s best moves this winter, giving the Mets a hidden gem that they rarely find.

The Mets have a new core piece in J.D. Davis, and barring a ridiculous overpay from another team he isn’t going anywhere. Davis should get plenty of at bats next season, and they may come in a split between third and left field again. How the Mets construct their roster will determine how Davis is going to be used next season.

Check back tomorrow as our Player Review Series continues with a look at outfielder Rajai Davis!