Petr Mrazek off to great start to season 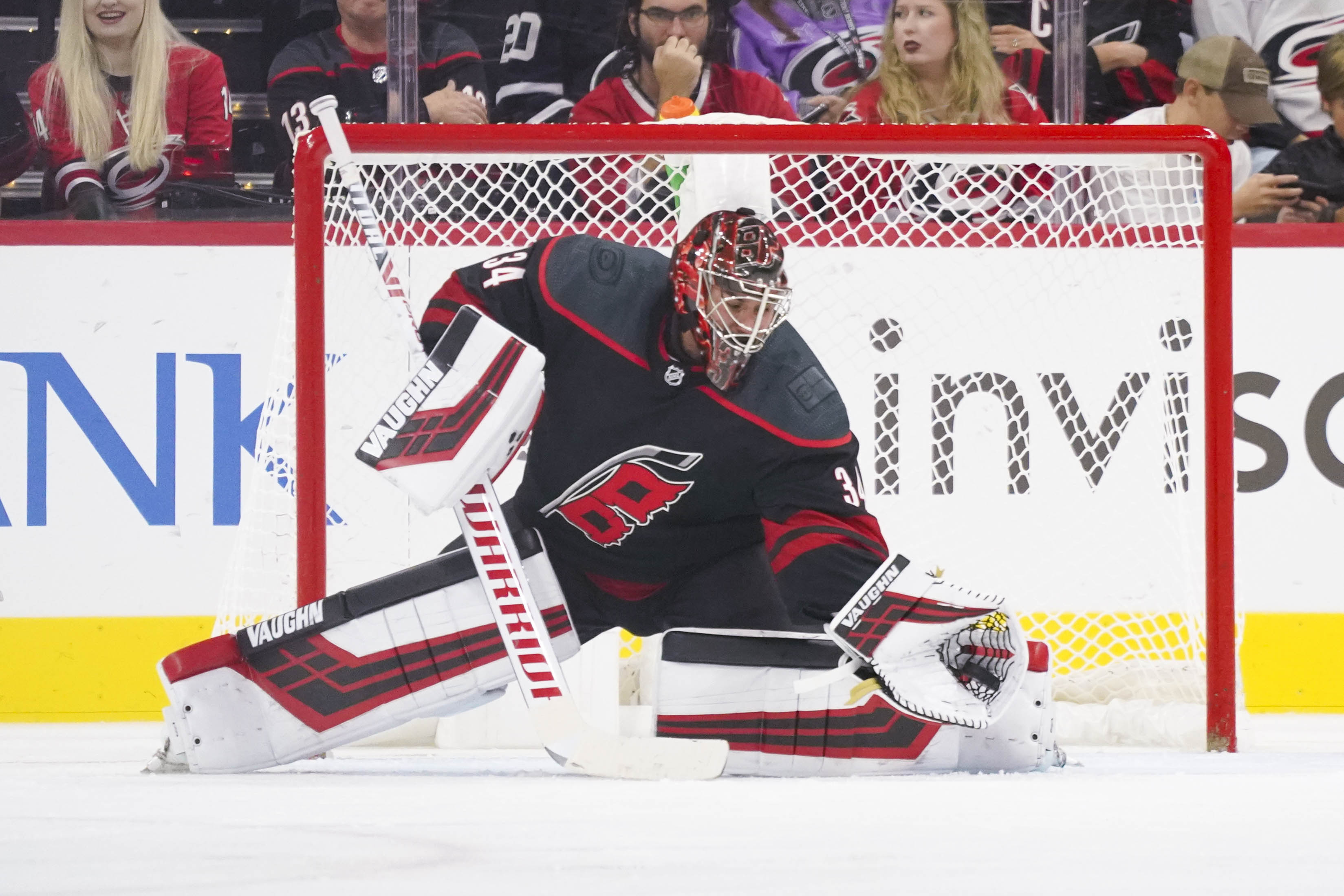 Petr Mrazek off to great start to season

He has only played four games to start the 2019-20 National Hockey League regular season, but there is a lot to like about the play so far of Carolina Hurricanes goaltender Petr Mrazek of Ostrava, Czechoslovakia. Mrazek has a perfect record of four wins and zero losses with a goals against average of 1.94 and save percentage of .919.

Mrazek was strong in his last start, a 2-0 Carolina win over the Los Angeles Kings from the Staples Center in Los Angeles, CA. Mrazek made 31 saves for his 19th career shutout. Of his 19 shutouts, Mrazek has had 13 shutouts with the Detroit Red Wings, five with the Carolina Hurricanes and one with the Philadelphia Flyers.

In Mrazek’s outstanding performance for the Hurricanes on Tuesday, he made 17 saves in the first period, only three saves in the second period and 11 saves in the third period. Canadian Olympic gold medalist Jeff Carter led the Kings with six shots on net.

In Mrazek’s other three games this season, he beat the Montreal Canadiens 4-3 on October 3, the Tampa Bay Lightning 4-3 in overtime on October 6 and the New York Islanders 5-2 on October 11. In a surprise statistic and a testament to the strong Hurricanes team defense, Carolina only gave up 13 shots on net in their win over the offensively talented Lightning and only 19 shots on net to the Islanders five nights later.

Mrazek also beat Carey Price, a Canadian Olympic gold medalist, Vezina Trophy winner, Hart Trophy winner and Lionel Conacher Award winner, during the streak. It is fair to say that Mrazek is emerging as one of the very best goaltenders in the entire NHL.

The Hurricanes were unsure if they would be able to sign Mrazek when he became an unrestricted free agent on July 1. However, he was able to come to terms with the Hurricanes on a two year deal worth $6.25 million. It was an investment that has worked out extremely well for Carolina so far.