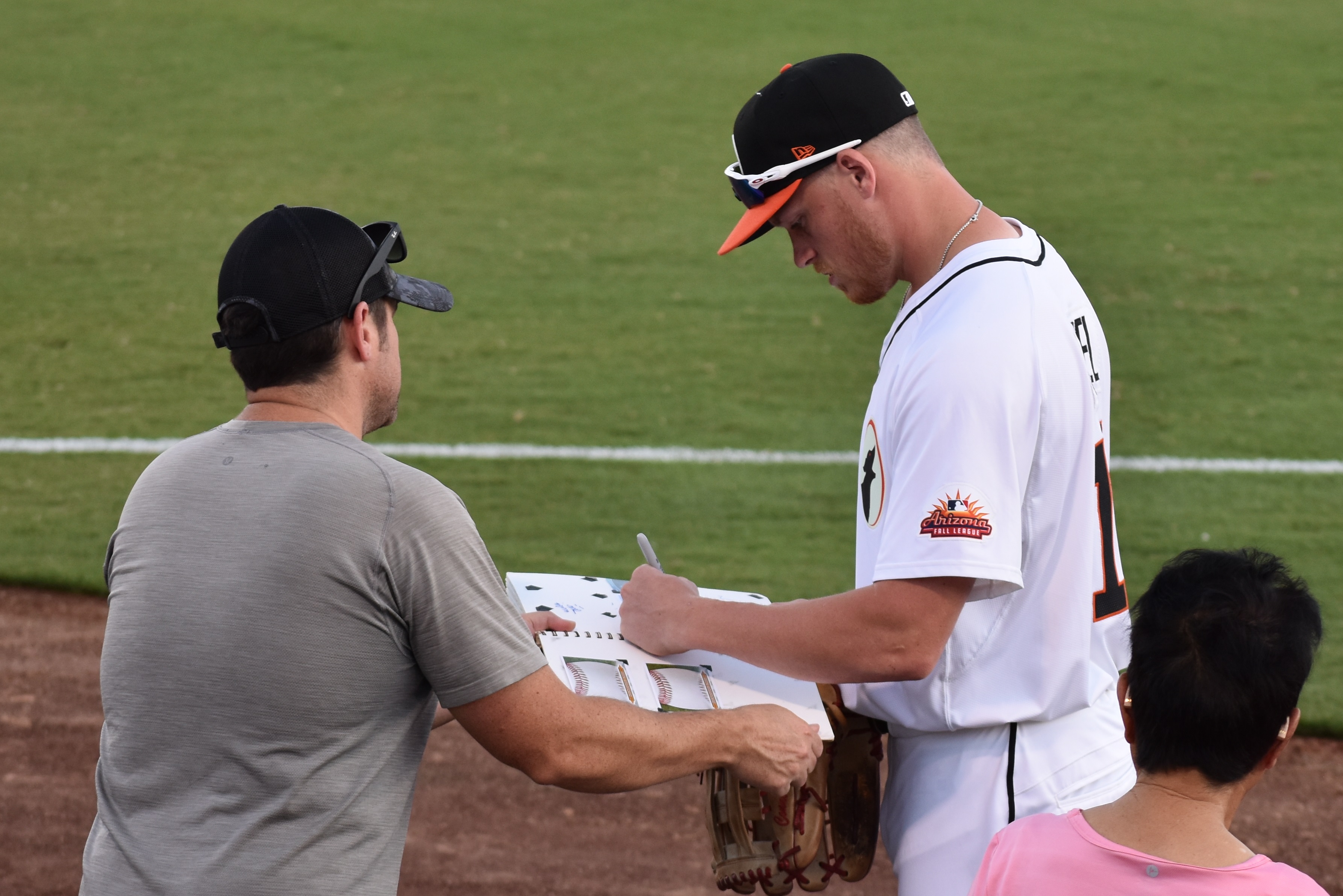 When the Indians traded for Oscar Mercado, the motive seemed the same as many other deals over the last few years. Another team (this time St. Lous) had too many players on the 40 man roster to keep them all around and they were willing to move a MLB ready or near MLB ready player for multiple high end minor leaguers who were a few more years away.

Because the Indians were expecting their returns immediately and the Cardinals were prepared to wait significantly longer, but to have higher ultimate returns, it’s far too early to judge this deal. However, getting to see Capel again in the Arizona Fall League makes it worth taking another look, especially considering the impressive season Mercado had as a rookie in the big leagues.

Starting with Mercado, no one expected the kind of power exhibited by the rookie this year. The Pacific League (where the AAA Memphis Redbirds play) has long been a booster of power due to the location of many ballparks. Despite this, he slugged just .408 over 100 games there in 2018. After coming to Cleveland, he slugged .320 over his last 32 games, despite the fact that Columbus has one of the most offensive friendly ballparks in the Indians system.

Mercado played in the Fall League himself in 2017 at the age of 22, but slugged just .322 and topped out at .428 in that year’s regular season in AA. He topped out with 13 home runs that year as well, but saw his doubles dip to 20 after hitting 23 in each of the previous two seasons.

The book was out on Mercado, he was a speedy short stop from 2013 to 2016 who saw an abrupt change to center field in 2017. He struck out a lot, didn’t walk much and was aggressive on the bases. To the Cardinals, he was a fourth outfielder and easily expendable.

Mercado takes a lead off first during a 2019 minor league spring training game with the Clippers. – Joseph Coblitz, BurningRiverBaseball

Then in 30 games in Columbus in 2019, he hit .294/.396/.496 with ten doubles, four home runs and 14 steals in 17 attempts. This marked a lot of changes for Mercado. Down the line, it was the highest mark in average, OBP and slugging and was both his most successful season stealing and his more aggressive. You can blame the new ball some for the uptick in home runs and slugging percent in AAA, but his improvements on the bases and in overall OBP seem to be more of an indicator of an improved skill set.

The entire purpose for this deal, and the similar Jordan Luplow deal with Pittsburgh, was because the Indians needed outfield help now. Mercado provided that, hitting .269/.318/.443 in the big leagues over 115 games. He lost some of the aggressiveness on the bases, but kept the success rate, taking 15 in 19 attempts. His 15 big league home runs and 54 RBI were personal records despite playing fewer games than most of his previous seasons and his 25 doubles were second to his 2018 campaign.

Most importantly, while Mercado started off poorly on defense, he made huge strides throughout the year while learning how to play the odd features of Cleveland’s center field. Ultimately, his offense (1.7 bWAR) provided more value than his defense (0.7 bWAR), but that could flip in the future. Considering his age (24, but will be 25 before next season), his improvements throughout the season and overall make-up, Mercado may still end up being a fourth outfielder, but he will be among the high end of those and the Indians have to be happy with their return.

Because this deal served a purpose for St. Louis (returning value for a player they may have released otherwise), it’s very possible that they are happy about it as well. In 2017, BurningRiverBaseball ranked Conner Capel as the Indians 27th best prospect (34th in 2016) and Jhon Torres was expected to join him on the list in 2018.

Torres stands at the plate for the Indians during 2018 extended spring training. – Joseph Coblitz, BurningRiverBaseball

Starting with the younger Torres, the outfielder was a tiny kid when initially signed out of Colombia, but is now 6’4″ and moved almost exclusively to the corner outfield spots. He looked good offensively in extended spring of 2018, then was fine, but not outstanding in the Arizona League. Following the trade that year, he crushed it in Florida, batting .397/.493/.683 in the Gulf Coast League.

Thanks to his success, he was promoted directly to A ball with the Peoria Chiefs in the Midwest League, where he looked woefully unprepared. moving down to the Appalachian League (rookie) with Johnson City in mid June, Torres looked much more like his previous self, although he progress has definitely been slowed by the set back in A ball.

Finally, there is Capel. So far throughout his MiLB career, Capel has been nearly the opposite of Mercado. He hit for power in single A Lake County with 22 home runs and a .478 slugging percent despite a .246 average. He was nowhere near as aggressive or successful on the bases and so far is 50 for 81 in stolen base attempts in 393 games.

The power is likely what most interested St. Louis, but that disappeared completely in 2018 and he hit just one home run following the trade in 29 games in high A Palm Beach. This year was a step up from that, however, as he hit nine in 98 games in AA Springfield prior to his promotion to the Pacific Coast League, where he hit .433/.452/.800 over 31 plate appearances thanks at least slightly to the goofy ball.

While it’s an extremely small sample size, it’s interesting that Capel got the PCL offensive boost that Mercado did not, and it could be simply a factor of Capel being slightly more of a fly ball hitter (17% GB/37% LD/46% FB in AAA Memphis) while Mercado hits ground balls and line drives (22%/40%/38% in AAA Memphis).

Now with the Glendale Desert Dogs at the age of 22, we have another comparison with Mercado. Because it’s a mixed league and talent varies greatly from year to year, you can’t take too much from AFL stats, but things aren’t looking great for Capel right now. Through 15 games, he’s hit .204/.271/.222 and has been caught stealing in all three attempts. Mercado got into 22 games in his run and hit .264/.363/.322 with six steals in six attempts.

At the moment, it appears Mercado may actually be the superior player to Capel, although at this time last year we would have said the opposite. The most amusing part of this situation is that the Cardinals may have bought themselves just one year. Capel is already rule 5 eligible this year, although he is likely safe to slide through one more time. Even then, they would likely have to protect him at some point in 2020, putting them in a similar situation to the initial one with Mercado. This would make Torres the hope for St. Louis to get some value back out of this deal.

It’s too early to name a winner of this deal and we probably wouldn’t be able to do so for years down the line, but there is no question that the Indians should be happy with the outcome already and not regret the potential of Capel and Torres one bit.