ALCS: Michael Brantley with the catch of the postseason against the Yankees (Video) 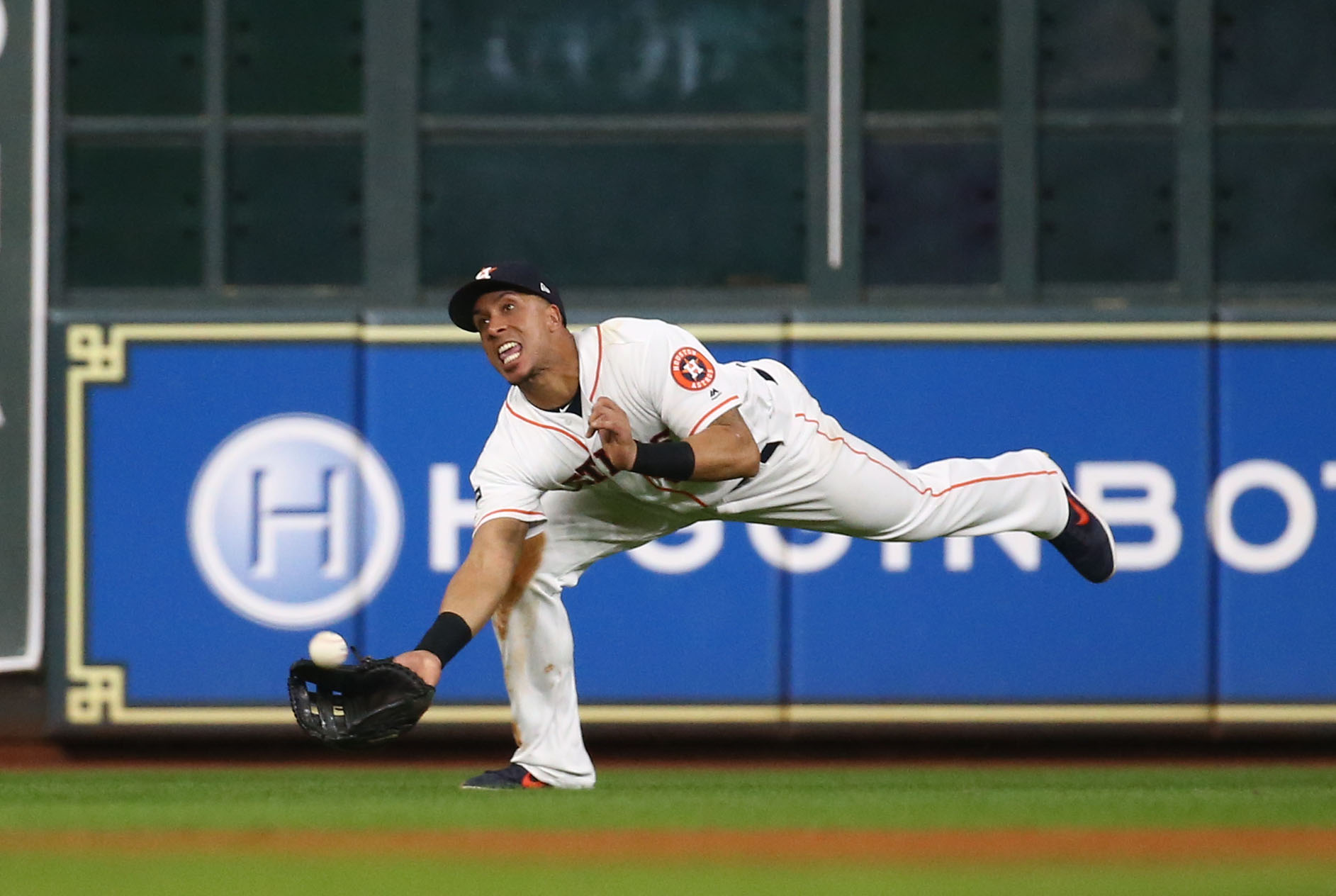 ALCS: Michael Brantley with the catch of the postseason against the Yankees (Video)

In one of the most memorable plays in postseason history, Astros outfielder Michael Brantley went all out to help secure the Astros’ lead over the Yankees in the ALCS.

With the Yankees down two in the top of the seventh with one out and Aaron Judge on first base, Aaron Hicks was up to bat. Hicks hit a soft pop off the bat that looked like it was going to land. Brantley, however, ran for his life and made a spectacular catch. That wasn’t all, however, as Brantley threw the ball to first to double off Judge.

WHAT A PLAY!!! #ALCS pic.twitter.com/PrrRStUAD6

Want another view of the catch? Here is how Brantley was able to pull it off:

I always think these plays look super cool when diagrammed out like this….

WHAT a play!! Baseball is the best. pic.twitter.com/yoAHyLPbPH

As of this moment, the Astros currently lead the Yankees 4-2 heading into the bottom of the eighth. If the game holds up and the Astros head to the World Series, that play will be one for the ages.

It is only fitting that thirteen years ago today an almost similar play was made. It was game seven of the NLCS when the New York Mets faced the St. Louis Cardinals. Scott Rolen hit a shot to left field that almost crushed the soul of Mets fans everywhere. Endy Chavez leaped up and made a terrific catch that shook Shea Stadium. The team then pulled off a double play of their own to end the inning.

The Mets lost that game, but that memory, like this one with Brantley, will live on forever.