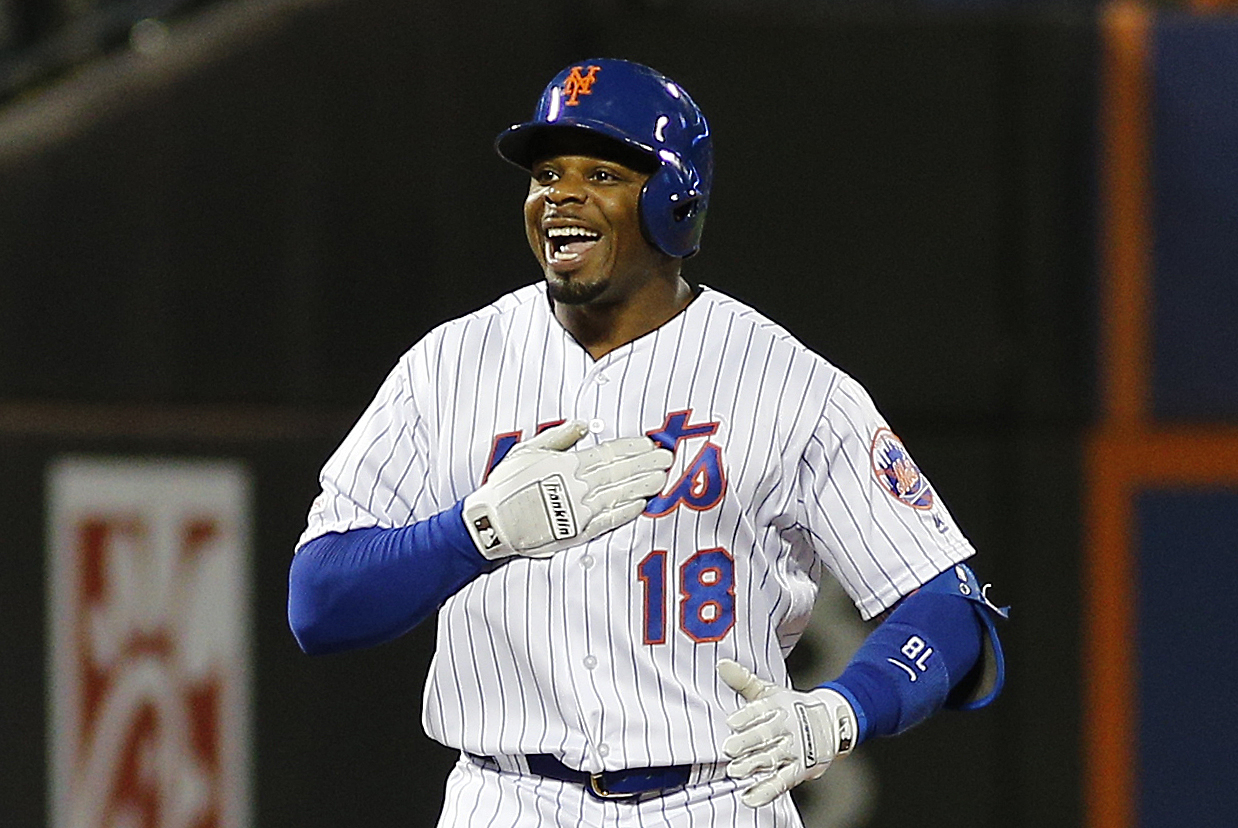 Now that the 2019 season is over for the New York Mets, we have been looking back at the year that was. After taking a more general view of the offense, pitching, and coaching staff, it’s time to take a deeper dive into the Mets’ players. This series will take a look at every player on the roster for the Mets at the end of season from A (Pete Alonso) to Z (Daniel Zamora). The review will look at their season statistics, stories, and what role (if any) they will have next season. We continue the series today with a look at outfielder Rajai Davis.

Story: After spending 2018 with the Cleveland Indians, Rajai Davis didn’t have much luck finding a big league opportunity on the free agent market. The Mets inked the veteran to a minor league deal as part of new General Manager Brodie Van Wagenen’s objective to improve organizational depth. Davis began the season at AAA Syracuse but was recalled on May 22 when the Mets needed another outfielder. With the Syracuse Mets in nearby Lehigh Valley, Davis took an Uber to Citi Field and arrived in the middle of the game, but still came through in the clutch with a dramatic pinch hit homer to help beat the Washington Nationals. The Mets only needed Davis for a few days, designating him for assignment on the 26th and outrighting him back to Syracuse after Davis cleared waivers.

Davis would spend the majority of the summer in the minors, but the Mets brought him back in late August to give them an alternative to the struggling Aaron Altherr. The Mets didn’t use Davis for much more than pinch hitting or defensive replacement responsibilities, but he did have one more dramatic Mets’ moment in September. With the Mets locked in a scoreless tie in the eighth against the Los Angeles Dodgers, Mickey Callaway turned to Davis to pinch hit with the bases loaded, and the veteran responded with a bases clearing double to drive in the only runs of the ballgame.

Davis didn’t get to do much with the Mets, but he was awfully clutch for a role player.

Davis had a good fit with the Mets, and it’s certainly possible both sides could reunite on a minor league deal once again. These types of players tend to move on in search of new opportunities, however, so don’t be shocked if Davis lands somewhere else in pursuit of more playing time and the Mets sign a similar player to fill Davis’ shoes.