Season Predictions, Days 4 and 5: Who will be the biggest surprise and biggest disappointment? 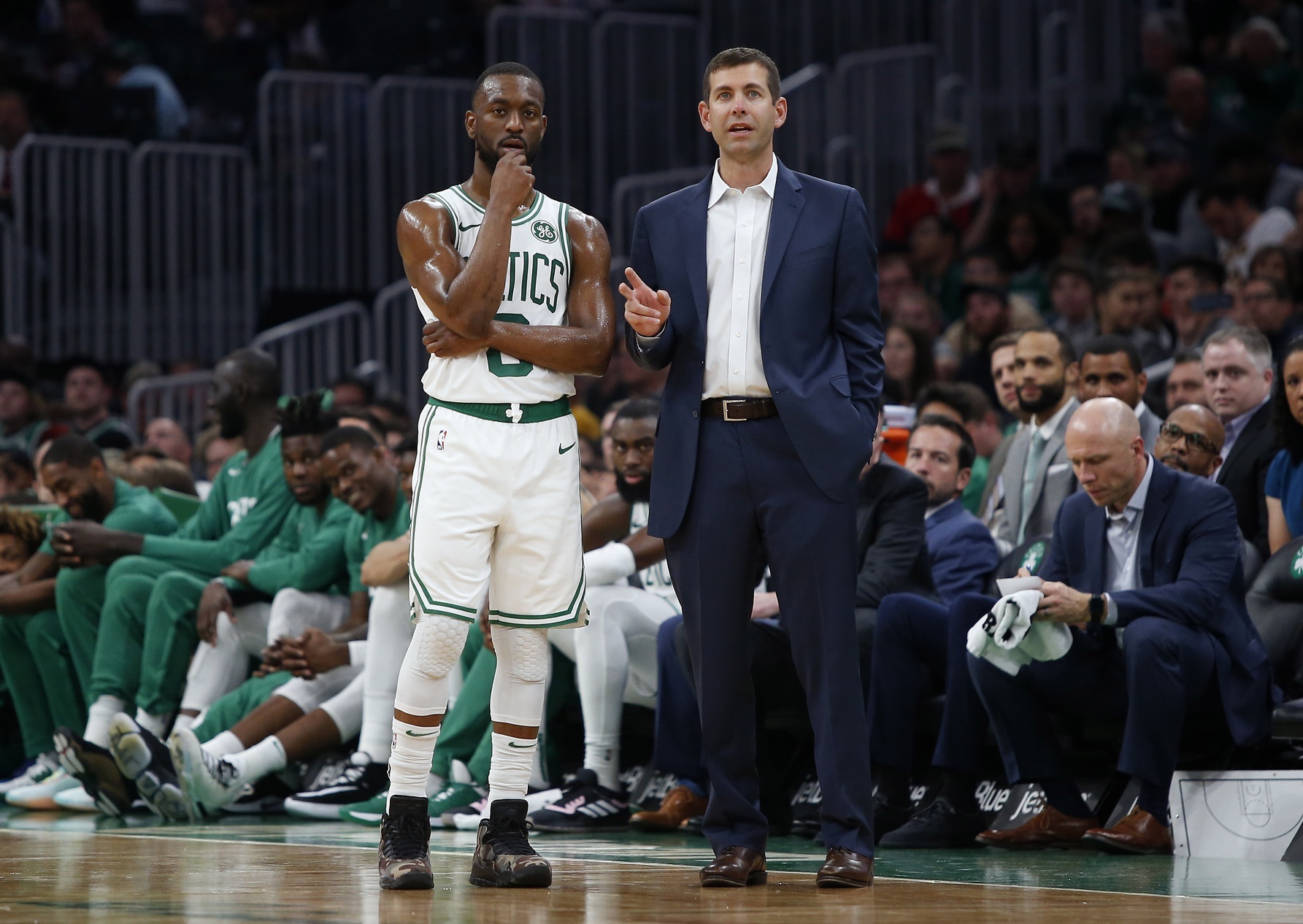 Season Predictions, Days 4 and 5: Who will be the biggest surprise and biggest disappointment?

We’re 6 days away from the Celtics taking the floor in Philadelphia to tip off the 2019-2020 season. The staff at Red’s Army have 7 more predictions to give before it all gets started (missed a day, so we’re giving you a two for one!)*

*This had some issues posting yesterday (Friday). Apologies for it running a day late!*

There are a few knowns on the Celtics coming into the season. Kemba Walker will provide all-NBA caliber play, Jayson Tatum will be looked to as the team’s number 1 or 1a scorer, and Tommy Heinsohn will be Tommy Heinsohn (and we’re damn lucky for that).

But with so many question marks, it means that our picks for the most surprising and most disappointing player are all over the place (not one is like the other, and in some cases, players show up on both lists). I also never really defined “surprising” and “disappointing” for the group, so each writer’s definition means they took a slightly different spin (please understand that before you kill me for my most disappointing player!). With that disclaimer out of the way, on to the predictions:

Explanation: Changed my answer at the 11th hour from Romeo Langford to Theis (you get to do this when you’re the one who’s posting!). It looks like Daniel Theis is going to get the start on most nights, and if the Celtics overachieve, I think he’ll undergird much of what they do on both ends of the floor. If the ball is whipping around the perimeter on offense, Theis will likely try to play a poor man’s Al Horford, stretching the defense and passing from the top of the key. Defensively, Theis can switch on to guards better than any other big on the roster and he’s shown an ability to be an able shot blocker. He’s also in his third year here (longest-tenured big on the Cs) and while he may get battered around by the East’s best, he should enjoy his best year in green yet.

With scorching performances in Summer League and preseason, Edwards’ shooting ability isn’t much of a surprise to anyone at this point. But he’s far from a novelty act. Edwards has earned rotation minutes due to his explosive shooting AND ability to hold his own on defense. He’ll be a solid complement to Enes Kanter, Marcus Smart and whichever starters roll into the second unit. I can see him scoring 8-12 points on some nights and going scoreless other nights. That’s the life of a rookie rotation player. It’s all gravy considering he’s a 2nd rounder and the team’s fourth selection from draft night.

Explanation: If Hayward at last returns to his pre-injury form, it will be a relief more than a surprise. It’s been two years, and it’s now or never. The good news is that Gordo has shown signs during this preseason that his body and mind are both fully healed. It’s crucial that Hayward deliver because he’s the one player who has the potential and the skill set to make us forget about Al Horford.

Explanation: I’ve seen the twitterati speculating about ways the Celtics can ditch Hayward’s contract. The assumption among a certain subset of fans seems to be that Hayward is a has-been. Using FTAs as a proxy for aggressive play, Hayward wasn’t back to his Utah prime until after the All-Star break. Almost the first four months of the season, Hayward obviously lacked confidence in his repaired ankle, and that had a huge impact on his game. We’re going to see a lot more of the March and April Hayward.

Explanation: As someone who basically worships Marcus Smart and all things Smarf, Grant Williams is right in my wheelhouse. Put simply, the man is a bulldog and he’s going to do whatever the team needs night in and night out. Brad Stevens loves players like Williams who play hard and can provide versatility at both ends. Expect Williams to earn some minutes and be a featured cog specifically when they go with their small-ball lineups.

Explanation: I have a strong feeling that Marcus might be a much more reliable offensive force than ever before this season, and coupled with everything he’s already got in his arsenal, that will make him immensely impactful beyond anything we’ve ever expected.

Explanation: I just think that Jaylen is going to 1) spend a lot of time overthinking his contract situation and 2) is going to get the short end of the usage stick in comparison to the other wings (Tatum, Hayward) on the roster. I’m also just not sure that Jaylen is going to fix some of his mental lapses on defense and become a consistent enough shooter and shot-creator to justify a $100 million-plus contract. I hope I’m wrong!

Sometimes I forget Langford’s on the roster. Amazing, considering he was the team’s first 1st round pick. He’s been derailed by injuries big and small: thumb, groin, and knee. The learning curve is steep for rookies, even when they’re healthy. Playing behind Jaylen Brown and Marcus Smart leaves a small window of opportunity and I’m not confident he’ll crack it open.

Explanation: This is not meant to knock the Timelord, but the fact is, he needs to prove he can contribute at the NBA level. He couldn’t have a better opportunity than he does now, considering this team’s thin front line … and yet there’s a good chance Daniel Theis will start at the 5 spot. If Robert can’t earn solid playing time with this Celtics roster, then he’ll deserve the “disappointment” label.

Explanation: I love the rookies—I think that the Celtics finally figured out how to draft a rookie ‘class’ instead of just one or two guys. But, at the same time, I think they’ve gotten just a shade too much hype. Carsen Edwards has probably jumped over Brad Wanamaker in the rotation, but the bulk of minutes accounted for by Marcus Morris last season will probably go to Brown and Hayward, with Tatum getting the next largest share, leaving Romeo Langford and Grant Williams tussling over what’s left. What’s a realistic total number of minutes per game for the C’s rookie class? Out of 240 minutes available, it kind of feels like a stretch for the rookies to notch 15 minutes total, and I wouldn’t be too surprised if the total was less than 10.

Explanation: You know when you’re getting onto a roller coaster and to get on you have to go through a turnstile? That’s basically Enes Kanter in the pick and roll. While he’s a great rebounder and has some moves underneath the basket, the defense is a glaring issue. He’s going to provide the Celtics with a spark here and there, but overall, his defense is going to be too much of an issue and it wouldn’t surprise me if his spot in the rotation ends up being closer to the end of the bench than the starting lineup.

Explanation: I know, I know. I’m the Resident Hayward Criticizer on this website. So some of y’all may take this with a grain of salt. And I don’t think he will be bad; he may even be quite good. I just don’t see him being good enough to consider keeping on the team with a new max contract beyond this season, and if he has a good enough season he will (understandably!) opt-out and seek a considerable payday. Is the prospect of keeping Hayward on the payroll why people are so divided on offering Jaylen another contract? Not as far as I’m concerned. And although it’s hard to fault anyone for how it all turned out, it will also be hard to view the Hayward period as anything other than a disappointment.