Your Morning Dump… Where the Celtics still have questions to answer 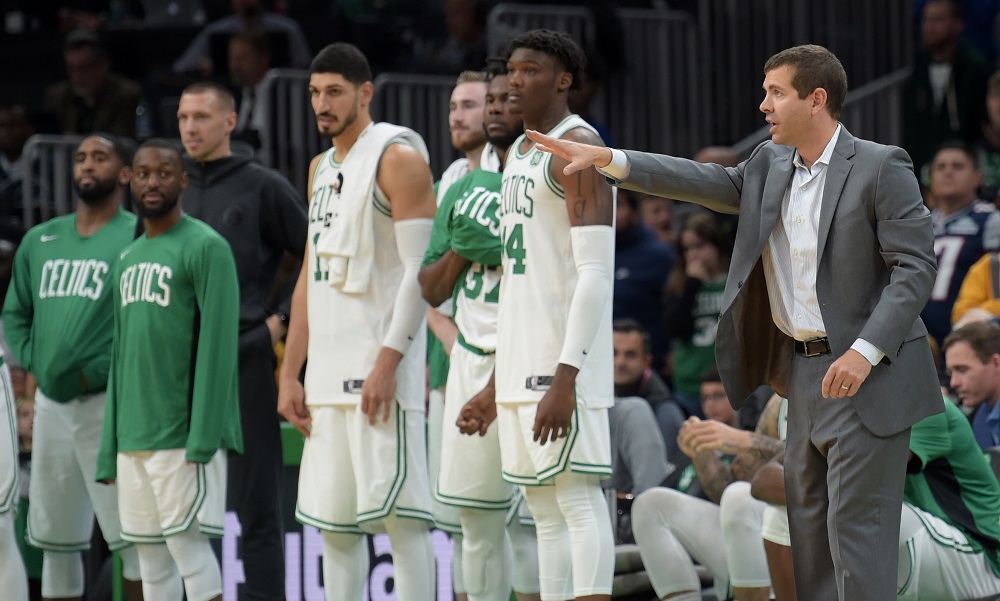 Your Morning Dump… Where the Celtics still have questions to answer

Four more days and the new-look Celtics will begin playing games that count. Between now and then, there are still some questions to be answered and issues to resolve. Here’s an overview.

From the time Kanter signed with Boston, the Celtics have made no secret about him playing a significant role as a scorer in the low post.

“He just knows how to score around the basket,” Kemba Walker told NBC Sports Boston. “As long as I’ve been in the league, that’s what Enes does; he’s a scorer, for sure.”

His strength and Boston’s need for more scoring at the rim led to many assuming he would be the starting center.

But coach Brad Stevens has hinted on multiple occasions that he sees Kanter being most useful coming off the bench – something Kanter says he’s on board with, if that’s what Stevens wants to do.

“Throughout my career, I play as a starter and as a player coming off the bench,” Kanter told NBC Sports Boston. “I’m OK either way.”

NBC Sports Boston: Should Kanter start or come off the Celtics bench?

If Kanter begins the season coming off the bench, that doesn’t mean he’ll stay there permanently. It’s likely that Brad adjusts from game to game, depending on matchups. The 6-8 Daniel Theis can play in the middle against some teams, but he can’t physically match up with the league’s biggest centers. Kanter is not a good defender but at least he is 6-11. Vincent Poirier is 7-0, and demonstrated his mobility in the final preseason game, but is he ready for the NBA?

Which brings us to Game 1.

“You’re talking about who matches up with (Joel) Embiid versus all that other length they have on the court,” Brad Stevens said after the team’s Friday practice. “They have a ton of team length.”

The length comes not only from Embiid, perhaps the league’s most dominant center. It comes from a unique backcourt and players sliding down a position.

Watch for this to be an ongoing problem for the Cs throughout the season (unless Danny Ainge perhaps makes a trade).

Playing against tall people will be a Celtic issue. As for whether size is their biggest challenge, Stevens said, “We’ll find out. I don’t know what our biggest challenges are yet. I think at the end of the day we recognize there will be moments where our post defense will have to be really, really good, and really solid to be a good team. Now, not a ton of guys post in the league. They (the 76ers) obviously have a few guys that are really good at it.”

The Timelord could be a big help against opponents like Philly, but he may not be able to play this time.

Williams is working his way back from a concussion suffered after taking an inadvertent elbow from Kevin Love on Tuesday. Yesterday, Brad Stevens said Williams was not showing symptoms as he started his progression through the concussion protocol by riding a stationary bike. However, Williams did not respond well.

“He didn’t feel great after yesterday so they dialed him back, so he’s back to day one again,” Stevens said. “We’ll see how he feels after today. That’s kind of the way that progression works. So he’s at the early stages of it.”

Another development to watch is the progress of the man we’ve all pegged as a future superstar. Will JT make The Leap? So far, so good.

12.7 – Jayson Tatum FG attempts per game: Tatum was far and away the leader of the C’s roster during the preseason and perhaps more importantly, just seven of his 37 field goal attempts were taken from the midrange. There may be a plethora of scoring options in the C’s new-look starting five but Tatum has not been shy about trying to assert his place in the hierarchy. When you consider the fact that Kemba Walker is welcoming a role that doesn’t require some heavy usage after eight years in Charlotte, it’s fair to wonder whether Tatum will be pushing for the leading scorer on this roster before this season is done. If he continues to focus his game more around 3-point attempts and attacking the rim, there is a good chance he will be able to raise his play to the All-Star level many thought they would see last year.

Then there’s the end-of-the-roster question.

Guard Javonte Green is emerging as the likely winner of the training camp battle for the Celtics’ open roster spot, league sources said. The Celtics signed Green to a partially guaranteed deal and he is the leader to earn the spot over Max Strus, who signed a partially guaranteed, two-year deal last weekend.

The Athletic: Charania’s Inside Pass: Rookie scale contract extensions, the China impact and more notes from around the NBA

It’s funny how we traditionally obsess over the 15th man, but in Green’s case there is actually reason to have expectations. Green, age 26 with international experience, is not your typical rookie. He made 80% of his shots in preseason, while Semi Ojeleye made just 33.3%. Semi is a strong defender, but Green showed promise there too. Semi played only 10 minutes per game last season, and it’s easy to imagine that time going to Javonte just to see what he can do.

Finally, there’s the one rookie we can’t yet evaluate.

20 – Number of minutes played by Romeo Langford: The rookie wing was the one player that was hit hardest by the injury bug during training camp, dealing with a sore groin and knee bruise that limited him to just 20 minutes in two games. With no experience in summer league to fall back on as he was recovering from thumb injury, it’s hard to carve out much of a role for the No. 14 pick on this roster for the time being. The C’s are obviously loaded with talent on the wing and even the depth there is strong at the bottom of the roster with Javonte Green expected to make the final squad. The Red Claws’ season doesn’t begin for another few weeks but it’s hard to imagine Langford not being sent down there to get reps with no clear path to playing time in the early going in Boston. Perhaps Brad Stevens might throw in the fire in the next few weeks to see if he can provide a spark but the path to those minutes remains murky for the time being.

Langford’s injuries have put him way behind his teammates for the season opener. Will he find a way to be effective or will he become another (God forbid) James Young? It may take a while to learn this answer.

To this day Edwards says he could list most, if not all, of the Texas players ranked ahead of him during his high school years. Though he did not want to name anybody for the sake of this story, his college career far surpassed what many of the others have accomplished.

“I do know (the players),” Edwards said. “I could list at least the top-10 or the top-15. I could definitely sit here and list like 28 people that were ahead of me. It pissed me off, but sometimes that’s stuff you need.”

The Athletic: Mirror, mirror: How Carsen Edwards provided himself constant reminders of what he wanted to become

We saw it in summer league, but Edwards really proved he was legit during his first preseason game on the Garden parquet, when he immediately drained two straight triples. Most young shooters would’ve been too jacked up to find a smooth stroke, but Edwards displayed no jitters – just a deadly eye and quad muscles for days.

Watching that game, my initial thought was: The Celtics have found the new Vinnie Johnson. “The Microwave,” as he was nicknamed by Ainge because he could heat up so fast, was a deadly shooter off the bench for the Pistons of the 1980s. The muscular Johnson could always get his shot off, and he contributed to two title winners with the Bad Boys of Detroit.

Other comparisons for the 6-foot-0 Carsen might be Dana Barros, a 5-11 three-point marksman who played for several teams, including Boston, or Sedale Threatt, who, like Carsen, was not a high pick (6th round, when they went that long) who shocked everyone by immediately emerging as a lethal scorer in Philadelphia.

But I don’t think any of those guys ever drilled eight triples in about nine minutes. That type of performance could elevate Edwards into the regular season rotation. No one would be surprised.

That quote above about Carsen knowing who was ranked ahead of him is reminiscent of Paul Pierce, who could name the nine players unexpectedly drafted before him, and Isaiah Thomas, the 60th and final pick of his draft year. “Pick me last again,” IT famously said, while dropping 50-pieces in the playoffs.

I’m not saying Edwards will match the feats of those legends, but who knows? He wears no. 4, just like IT did. Maybe Carsen will become the new “Little Guy.”

In case you missed it from Thursday night, don’t sleep on the fashion style of the Celtics’ big man from France.

Danny Ainge on Poirier’s outfit: “Does he have his pajamas on?” https://t.co/GYumiqD1qP

How do you say STYLE in French ? We say « Tacko » 💦☘️ pic.twitter.com/hLFlX74VYA