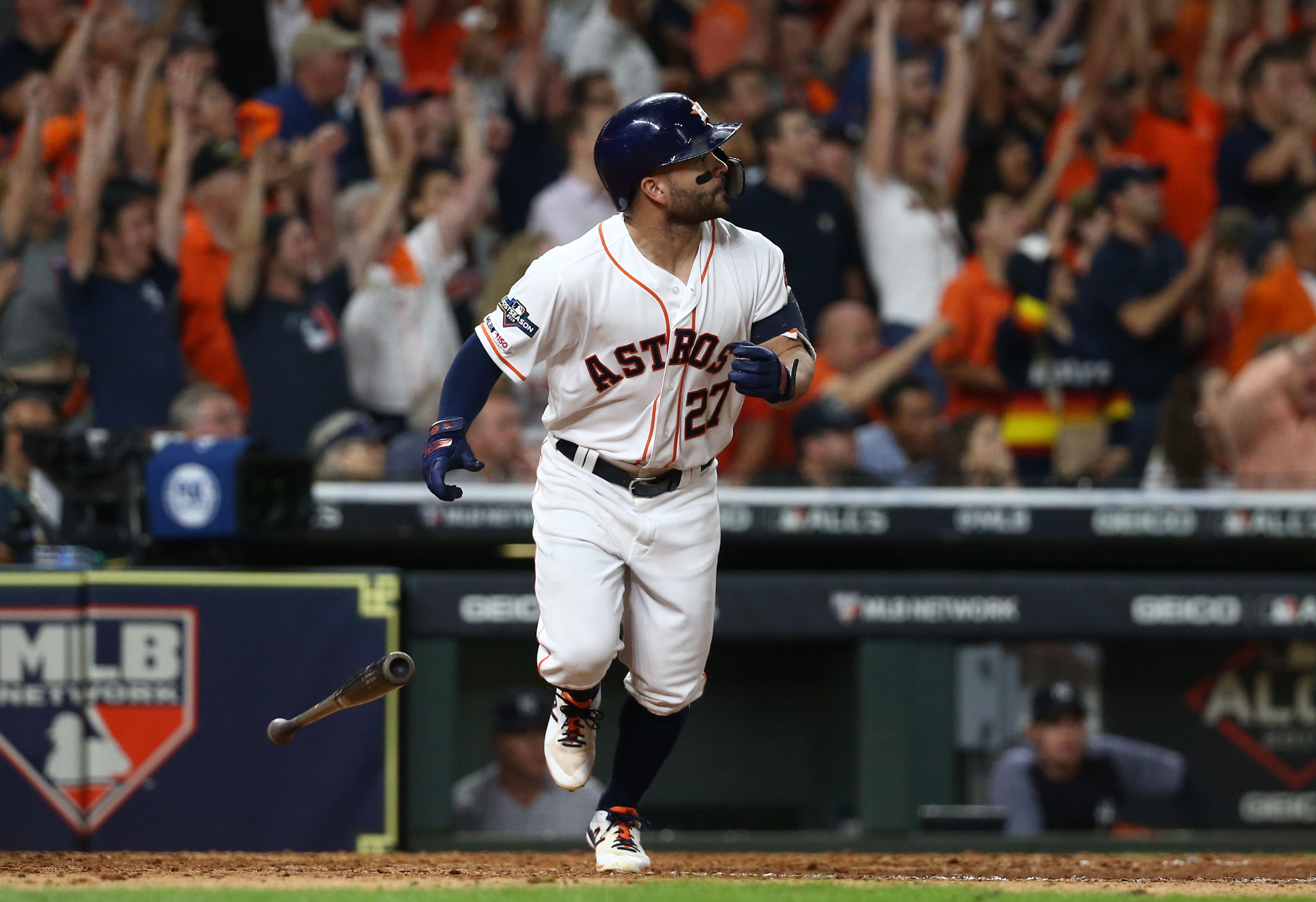 In Ben Reiter’s book Astroball, Jeff Luhnow stated that once a player the size of Jose Altuve can produce at any level, there is no reason to hold his size against him. One of the best pure hitters in baseball today, the 5’6” Altuve has proved just how skilled he is with an MVP award and a World Series ring.

Thanks to his late heroics in game six of the ALCS against the Yankees, Altuve further proved just how valuable he can be.

With two outs in a 4-4 game in the bottom of the ninth, Altuve hit an 84 MPH slider off of Aroldis Chapman over the left field seats. That home run brought Minute Maid Park to a frenzy, and the Astros to their second World Series in three years.

Altuve was also named the ALCS MVP, and rightfully so. In six games Altuve went 8-for-23 (.348) with two home runs and six runs. According to ESPN Stats and Info, that was the fifth walk-off pennant-winning home run in MLB history, joining Yankees manager Aaron Boone, Travis Ishikawa, Chris Chambliss and Magglio Ordonez.

The home run ended a wild night that started with both teams having bullpen games. Chad Green started for the Yankees while Brad Peacock took the hill for the Astros. Things almost looked grim for the Yankees when Michael Brantley made a sensational grab off of an Aaron Hicks hit that ended up doubling off Aaron Judge at first base. That would have certainly ended the momentum for any other team, right?

The Yankees proved to have some fight left in them, as team MVP DJ Lemahieu hit a two-run home run in the ninth off of Roberto Osuna to tie the game. The Astros, a team that had virtually nobody left in their bullpen, needed a miracle. They got their answer with the shot by Altuve.

“We won the game not because I hit a homer,” Altuve stated to MLB.com after the game. “Yuli hit a three-run homer. Michael Brantley made a really good play over there, Springer just walked and put some pressure on them to get some momentum going. We worked as a team. We don’t have just one player, as I said before, and I’m just so happy for everyone right now.”

The Astros now head back to the World Series to face the Washington Nationals. It will be Max Scherzer v. Gerrit Cole in a battle of aces starting Tuesday night.

With their batters starting to pick up steam it appears the dangerous Astros of old are back. Having hitting machine Altuve back in the fold certainly helps their cause.