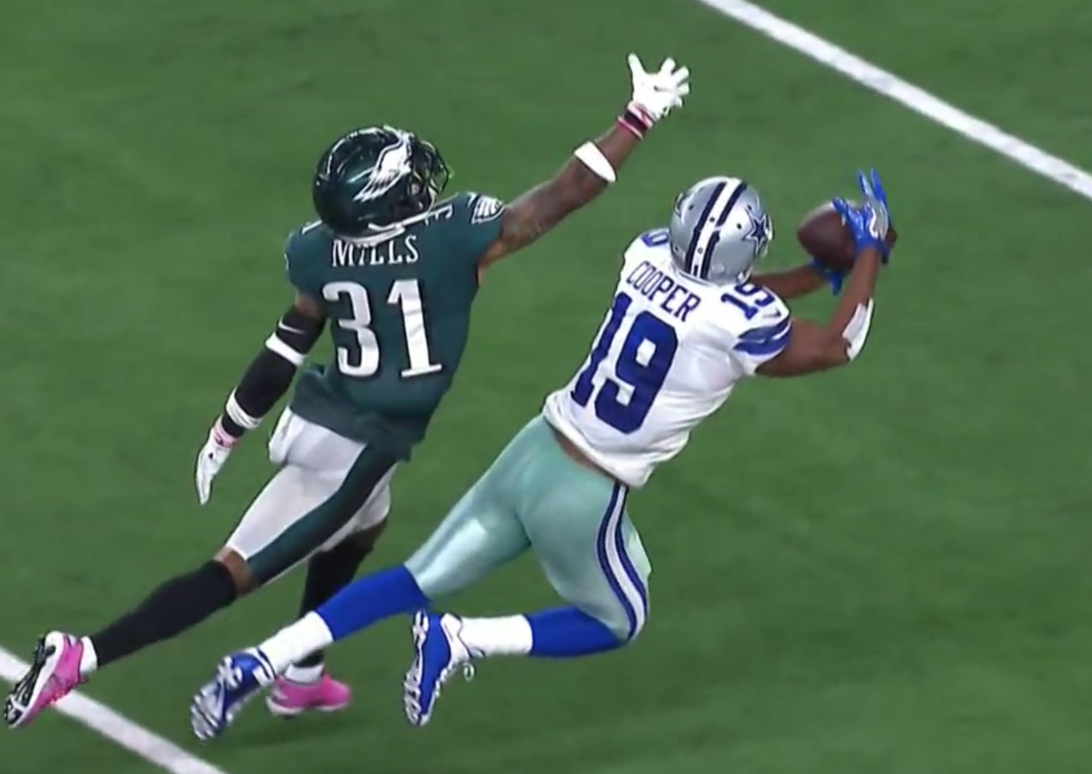 Cowboys receiver Amari Cooper can get it done with both his hands and his legs, as he showed during Sunday’s game against the Eagles.

Cooper has the vertical speed to take the top off of opposing defenses, but he also showcases great athleticism and a large catch radius, which allow him to haul in any pass thrown in his general vicinity — even if off-target.

That’s exactly what he did on Sunday, when quarterback Dak Prescott floated a pass in his direction, and Cooper laid out to make a sick diving grab, for a 49-yard gain.

.@AmariCooper9 is AUTOMATIC on the outside. #DallasCowboys

Great concentration by Cooper there.