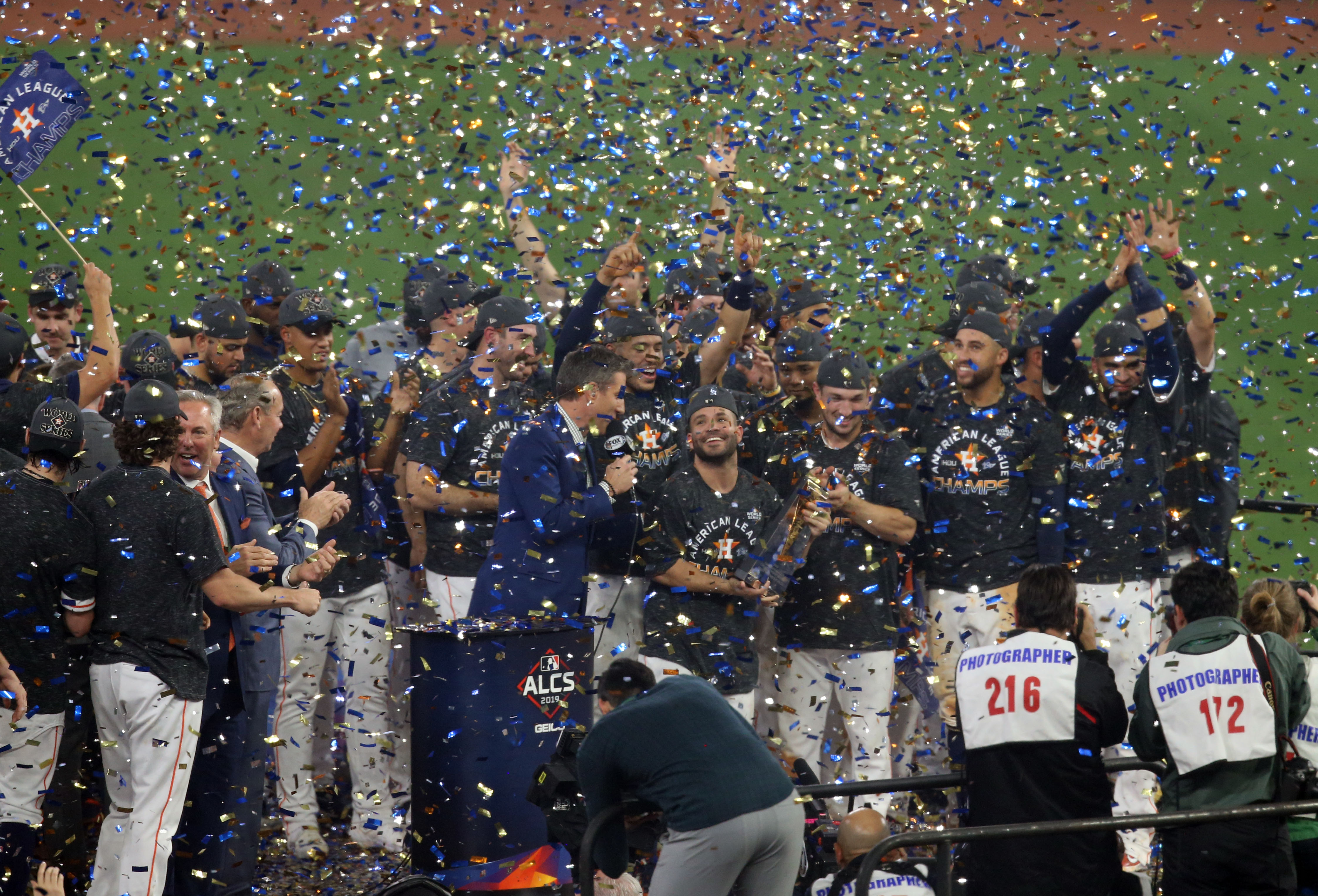 Well, you guys, this is it. The 2019 World Series is finally set in stone with the Houston Astros taking on the Washington Nationals. Houston will be looking to win its second title in three years, while Washington is looking for its first-ever championship.

Now that we know who will be representing both the American and National Leagues, it’s fun to look at the similarities and differences between each squad. The biggest similarity they share is having star-studded and dominant starting rotations.

Official probable starters haven’t yet been announced, but it’s not inconceivable for the first three games to look like this:

That in itself is just mouthwatering for any baseball fan. When looking at season-long fWAR produced in 2019, each of these six ranked within the top 15 among qualified starters. Corbin was the only one not in the top-10 with his measly 4.8 fWAR (insert sarcasm here). Interestingly enough, both Houston and Washington looked outside their respective organizations to build these fearsome three-headed monsters — Strasburg is the sole homegrown hurler of the bunch.

If we continue using fWAR as the benchmark, the Nationals (21.4) and Astros (19.4) led the National and American League, respectively, with regard to rotation production. The similarities don’t just stop at fWAR, though.

This is the 6th World Series between teams the top 2 teams in starting-pitcher strikeouts in that regular season.

Houston did lead all of baseball with a 125 team wRC+ throughout the regular season. However, Washington did end up in the top 10 on a season-long basis and within the top-five if when considering just second-half production. So they’re not slouches with the bat, either.

The most striking difference between these two Fall Classic opponents, though, is what they did to reach this point. The Astros spent the majority of regular-season play atop the American League West, while the Nationals’ slow start prevented them from being a first-place team at any point in 2019.

Pennant-winners that never led their division at any point in the season:

The best way to display the difference in expectations for these clubs is to see their odds of winning their respective league pennants throughout the year (via FanGraphs). As the below graph shows, the Astros are supposed to be here, but not many were expecting the Nats to do the same.

For Houston, the chances of them becoming American League champs started out just above 25.0% and didn’t crest below 40.0% after the beginning of August. Washington didn’t start the year much worse, but their odds didn’t even reach 20.0% until September 30th — the day after the final regular-season games.

This should be a fun series to watch. The Astros likely have the overall advantage when looking at the entirety of their roster, and they’ve also been a little more battle-tested. The Nats have looked impressive while defeating the Milwaukees Brewers, Los Angeles Dodgers, and St. Louis Cardinals. However, sweeping St. Louis has given Washington a full week off before Game 1 of the World Series. That’s probably good for their pitchers, but who knows what kind of rust needs to get kicked off as they take the field again.

Two teams with some similar strengths, but much different roads taken en route to reaching the same place and chasing after the same goal. This is what baseball is all about.