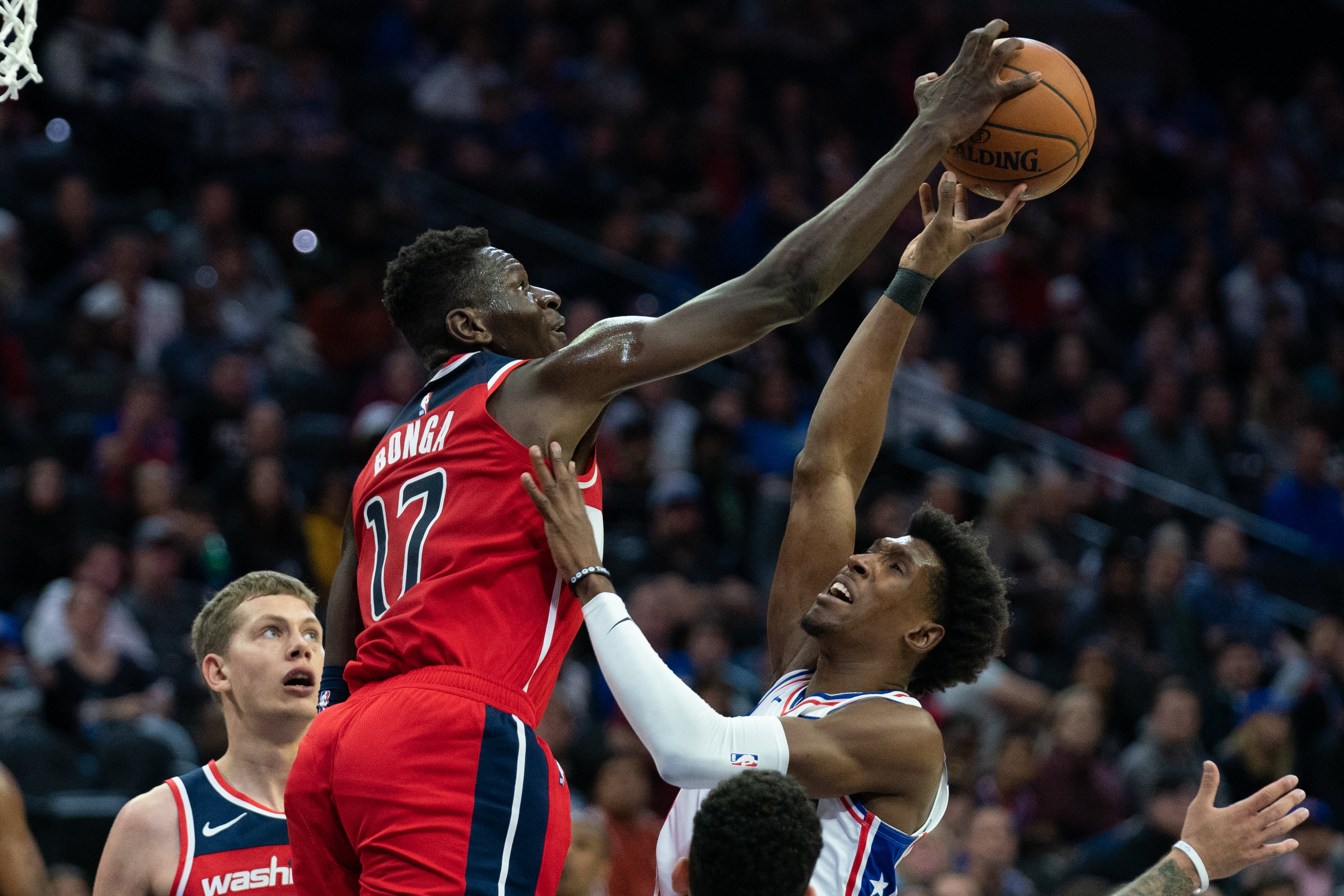 When the Washington Wizards snuck into the Lakers and Pelicans trade over the summer, the big name was obviously Anthony Davis. From a Wizards perspective, Moe Wagner was the big name because the team was able to scoop up a player they had a first-round grade on.

However, under the radar, it is Isaac Bonga who has turned into a sneaky good prospect for Washington, one that could be given the biggest of opportunities to begin the season: the starting small forward for the Washington Wizards.

Bonga, 19, was born in Germany to parents from Kinshasa, Democratic Republic of the Congo. He played both soccer and basketball as a kid at the age of 7, but preferred the latter because “it was more fun.” Bonga’s professional career began when he was just 16 in the Basketball Bundesliga before being a second-round draft pick two years later to the Philadelphia 76ers on behalf of the Los Angeles Lakers.

“It’s faster over here [in the NBA]. People are stronger. You have to work hard and do the little things right and be ready,” Bonga compared the NBA to Bundesliga play.

The 6-foot-8, 180 pounder’s life in LA was short-lived, but he is still hungry for a new chapter in his life in the nation’s capital.

“Hard to get traded, but I was excited for the new opportunity,” Bonga said. “Feel pretty good. New city, new opportunity for me. New people so everything is kind of new, but I got a good feeling about it. We all are pretty young so we are having fun playing hard.”

Having the likes of Thomas Bryant as a role model makes the adjustment easier. Bryant was in the same exact position a year ago when the Lakers waived him and the Wizards picked him up. In just 12 short months, Bryant established himself as a starting NBA center and secured a $25 million bag. That gives Bonga all the motivation he needs to try and repeat history.

“I got big respect for that. It’s cool to have those young guys out here who have been in the same situation as you,” Bonga described.

Under the new leadership of Tommy Sheppard, the transition for Bonga and other young players has been smoother. Sheppard’s favorite line is “If you can play you can stay. We don’t check passports, we don’t check IDs,” which expresses his love for international talent. Bonga appreciates that and the rest of the support from Monumental Basketball.

“Really good person,” Bonga said about his general manager. First time I saw him was in Vegas [for Summer League]. It was pretty cool seeing everybody. Coach Brooks, Tommy [Sheppard] being their for the first Summer League practice. It was kind of special. [Tommy] encourages everybody to play internationally for your home country if you get the opportunity. It was nice knowing your team got your back if you want to go home and play for your country.”

Despite playing mostly point guard for the Lakers in his limited playing time last season, Bonga is not stressing about his move to wing with the Wizards. Scott Brooks did the same thing with Tomas Satoransky to many fans’ displeasure. For Bonga, it might just mean he is in the starting lineup for opening night on Wednesday in Dallas.

“It won’t be too much of an adjustment because last year I kind of played everything from 1 to 3 so I’m kind of used to all the switching. It wasn’t a big adjustment for me, just being ready for the opportunity that I got.”

With neither Troy Brown Jr. (calf) nor C.J. Miles (foot) practicing as of Sunday and with the waiving of Justin Anderson, Brooks has a decision between the likes of Bonga, Jordan McRae, Rui Hachimura, or Admiral Schofield to start at the small forward position. Bonga has the exact mentality the Wizards are trying to shape their on-court culture into: play hard.

“Just play hard,” Bonga said about his primary focus when in the game. “I am going to sacrifice everything that I’ve got whether it is defensively, offensively. We just want to be a team that plays hard.”

Brooks chose not to reveal who he will start come Wednesday even though he already knows, but he had good things to say about the 19-year old.

“They’re going to get some opportunities here. And it’s not because they’re young, it’s because they’ve earned it. You don’t just give players minutes just because they’re young. If they earn it, like they have, it’s going to be a good experience for them because I like the way they work, I like their spirit. They come in early and they get their work in. Both have impressed all of us with their energy, their love for the game, respect for the game, and their work ethic has been top level,” the head coach said about Bonga and fellow ex-Laker Wagner before talking specifically about Bonga.

“He has length, defensive multiple efforts. You don’t ever have to tell him to get back on defense because he’s always locked in on hustle.”