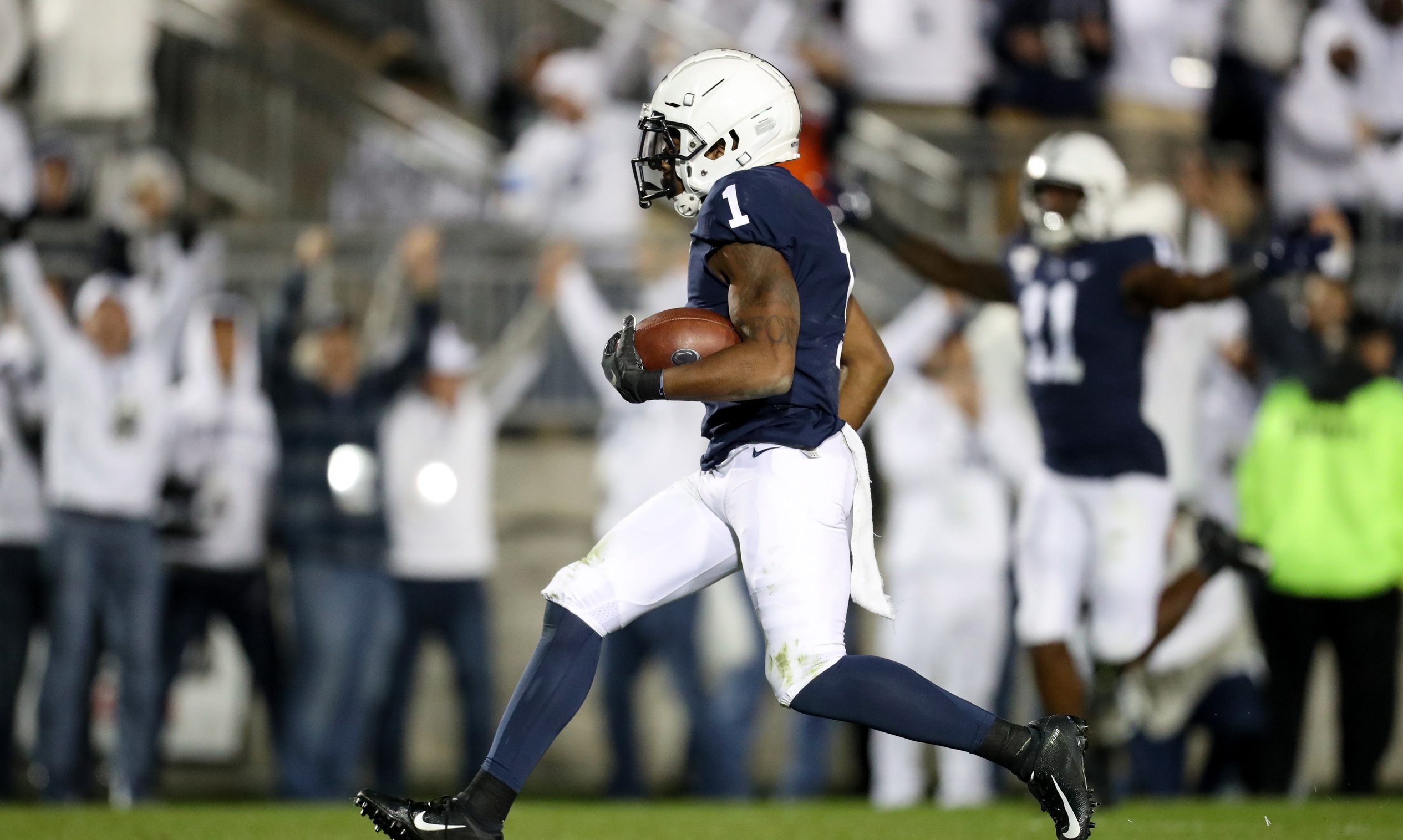 After a win against Michigan and Wisconsin’s stunning upset loss, Nittany Lions slide up in the polls

As expected given the results around the Big Ten and the nation over the weekend in Week 8, Penn State has moved up one spot in both of the major polls this week following its 28-21 victory over Michigan. Penn State comes in at No. 6 in both the AP Top 25 and the Amway Coaches Poll.

Penn State was No. 7 in each poll last week and the Nittany Lions take over the spot previously occupied by Wisconsin. The Badgers loss at Illinois dropped Wisconsin to No. 13 in each poll.

There is a decent separation in the points in the polls between the Sooners and the Nittany Lions, which suggests Penn State may have a difficult time advancing past any of the teams ahead of them if chalk continues to hold. Penn State will eventually get a chance against Ohio State, and Alabama and LSU will face each other in a few weeks).

The only other power conference programs without a loss ranked behind Penn State are Baylor and Minnesota. The Bears are 7-0 under Matt Rhule and come in at No. 14 in each poll. The Gophers are No. 17 in the AP poll and No. 16 in the coaches poll.

Penn State’s latest victims, Michigan and Iowa, are still in the top 20 of each poll. The AP voters only dropped the Wolverines three spots to No. 19, one spot ahead of Iowa. The two programs are swapped in the coaches poll, with Iowa inexplicably being ranked ahead of the Wolverines despite Michigan beating Iowa just two weeks ago.