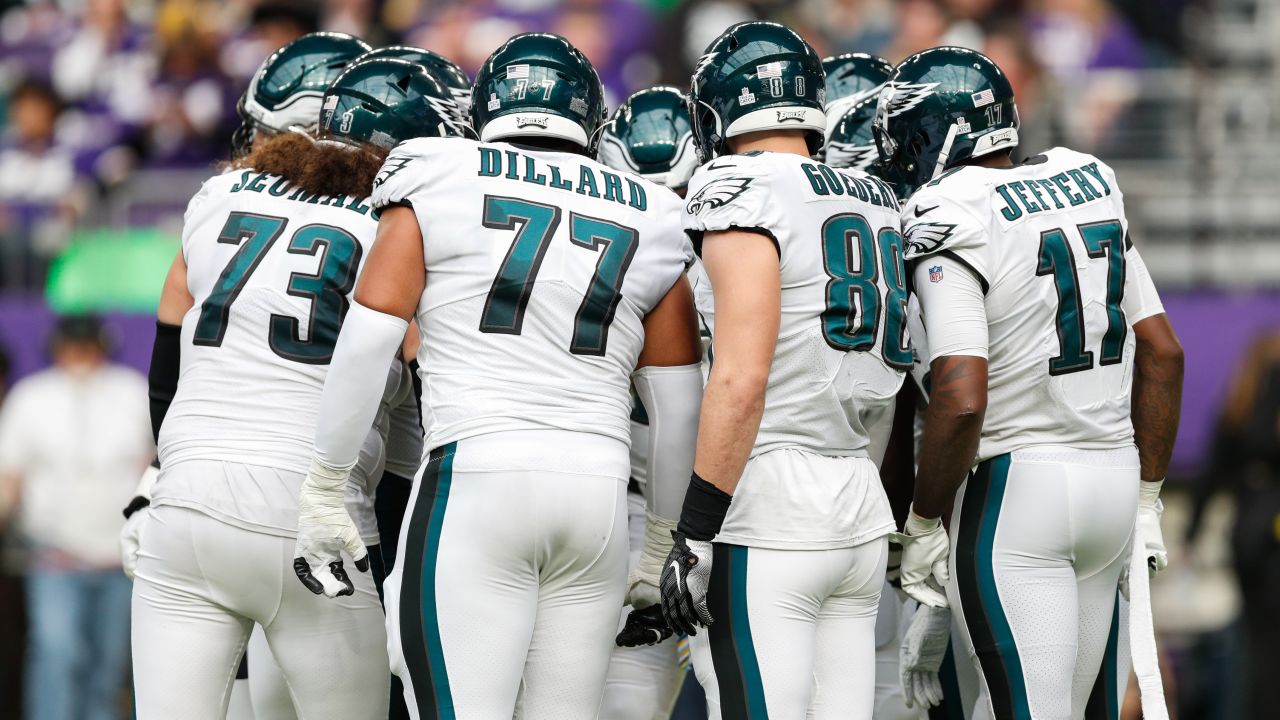 The consensus Vegas line favors Dallas by 2.5 points. That sounds logical, but…

EYE have a dream. The Eagles limit the Dallas run game, and good things happen from there.

Dak Prescott is in his fourth year at the helm of the Cowboys’ offense and he’s been among the league leaders in a number of key stats including yards per attempt (8.9) and QB rating (102.9). His legs present an added dimension as he’s been sacked only seven times all season. As good as Prescott has been, the offense runs through RB Ezekiel Elliott. He’s sixth in the league with 491 yards on the ground to go along with five touchdowns this season. And injuries to Randall Cobb and Amari Cooper have forced the Cowboys to get Elliott more involved in the pass game. Backup Tony Pollard is a rookie with a wide receiver background who can present challenges as well.

Michael Gallup was looked upon to step up for Cooper last week, but had just 48 yards on seven targets. Gallup does have two 100-yard performances this season.

Do the Cowboys look at what the Vikings did to the Eagles last week with play-action and try to copy it? Probably, which means if you can get early success stifling their running game, you can get them out of rhythm.  Do the Cowboys try to target CB Jalen Mills, who was activated to the roster on Saturday to see how ready he is? Or do the Cowboys get back to basics and feed Elliott, even though the Eagles have been stout against the run with the second-best defense in that regard?

Tight end Jason Witten came out of the broadcast booth and is a reliable target, although Blake Jarwin is the more athletic option. But neither of these guys is going to be the difference-maker on offense.

The Eagles’ defensive line needs to win the battle up front and keep Prescott in the pocket.

Along the offensive line, injuries cloud the Dallas situation. In addition to the tackles being banged up, All-Pro guard Zack Martin has been limited in practice with a back injury and center Travis Frederick, who missed all of last year due to an illness, was absent this week for a reason that was not injury related.

Dallas’ linebackers are still really good. There is plenty of talent there, although there are questions as to whether or not the group is playing as well as last season. Leighton Vander Esch and Jaylon Smith are on the field for all three downs. Eagles nemesis Sean Lee is the third linebacker in base packages, but injuries have kept him and the defense from reaching its ceiling over the years.

The Cowboys rank 29th in the league in interception rate. Slot corner Anthony Brown is out with a hamstring injury. Top outside corner Byron Jones is questionable. It wouldn’t be a surprise to see the Eagles work both tight ends Zach Ertz and Dallas Goedert heavily in the pass game.

Andre Dillard gets the start at LT in place of the injured Jason Peters. How he does in run-blocking and pass-protect (going up against Robert Quinn and no doubt some blitzes aimed at his side) will determine in large part how well the Eagles offense fares. Wentz needs just a little more time in the pocket to shred this Dallas defense, as opposed to spending too many plays on escaping pressure. You know that pressure is coming, too. This is a key dramatic focus in the game.

I have the Eagles winning if they can manage to get an early lead. Don’t really care how they get that lead, but it would be nice for a change, and certainly a key factor in forcing the Cowboys to deviate from their conservative game plan.