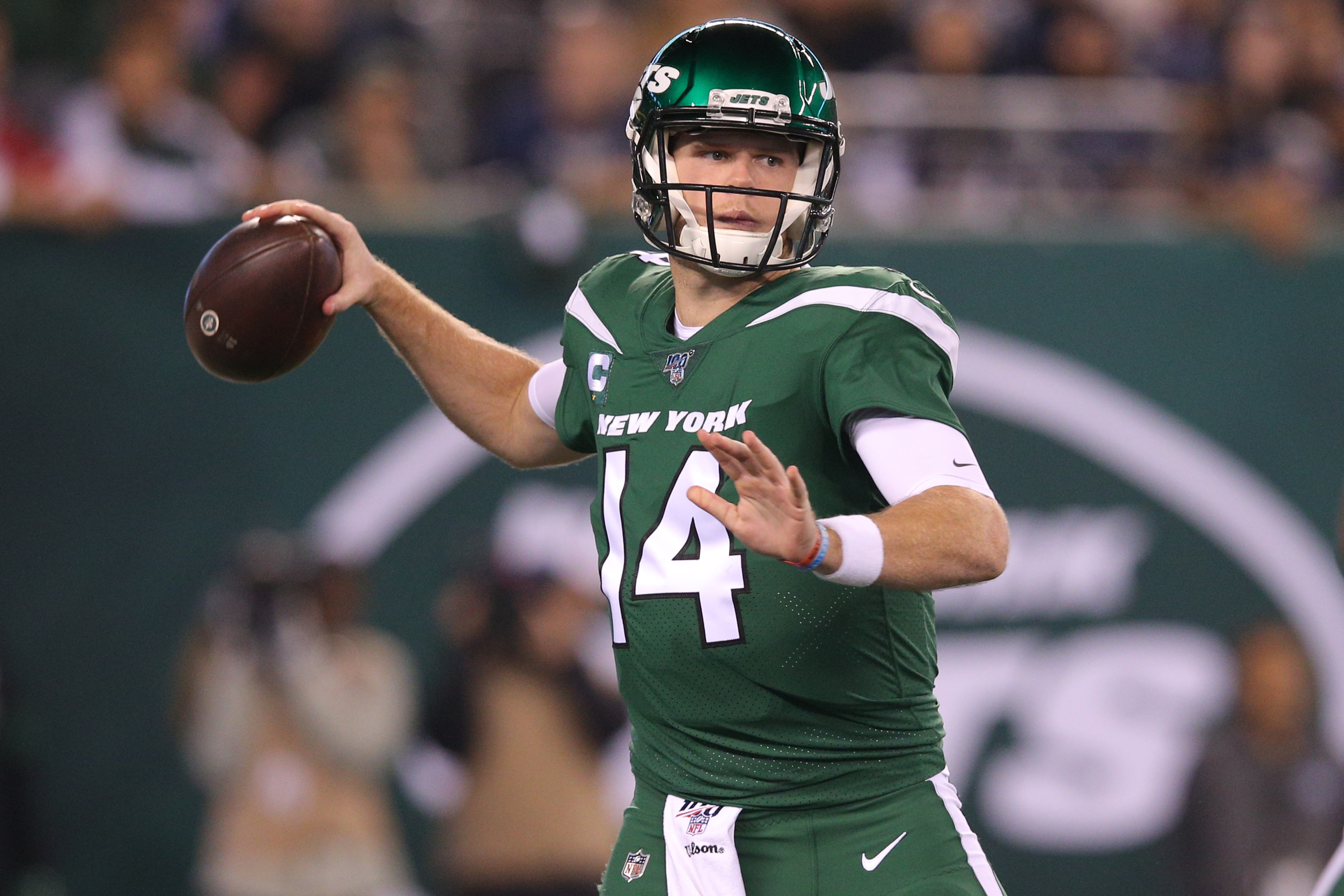 The New York Jets have been the butt of many jokes over the years — especially when the infamous “Butt Fumble” happened on primetime — and that’s exactly what happened during Monday’s game against the Patriots.

Monday Night Football games have been compelling for the most part this year, but the Patriots-Jets game at MetLife Stadium was anything but. New England took a 33-0 lead into the fourth quarter — on the road, no less — and New York was never even in the contest at any point.

Jets quarterback Sam Darnold was confused throughout the game, leading to a few poor turnovers. He threw one early, then another one soon after to Patriots safety Duron Harmon. Darnold threw the ball right at him, and even admitted that he was “seeing ghosts” on the sideline after the interception.

The Twitterverse immediately exploded with reactions to the funny clip, and the “Darnold seeing ghosts” memes followed soon after.

We're really getting into the Halloween spirit out here.