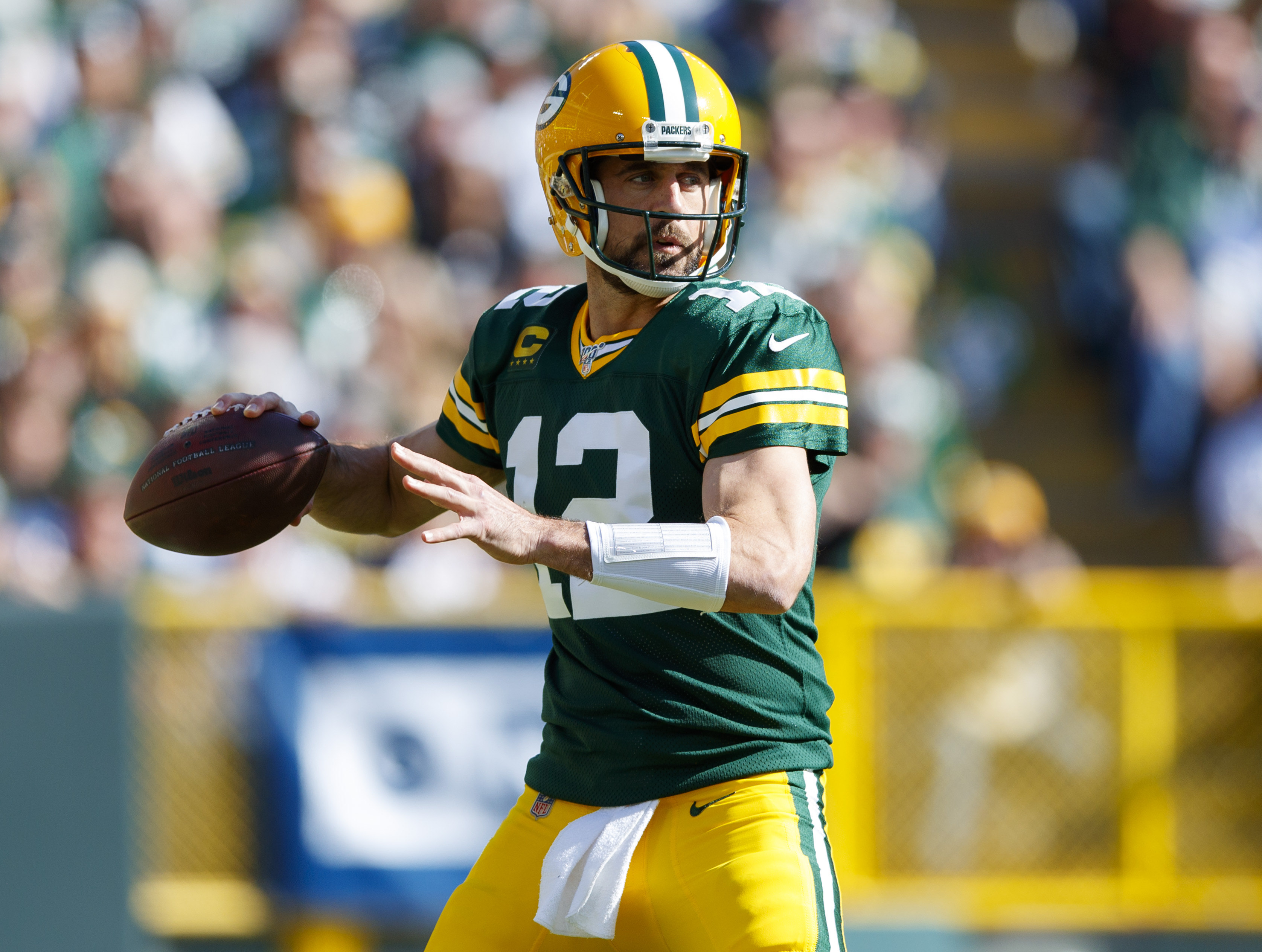 There were some articles written last week that used advanced analytics to “prove” that Green Bay Packers signal caller Aaron Rodgers was no longer an elite quarterback. Rodgers kept quiet and simply let his play be his answer. Against the Oakland Raiders on Sunday, Rodgers finished the game with a perfect 158.3 quarterback rating for the first time in his career.

Rodgers finished the day 25-for-31 for 429 yards and five touchdown passes and he ran for a sixth score. The Packers signal caller had six incompletions and six touchdowns on the game. The Packers won 42-24.

Rodgers entered this season with plenty of question marks. He had a reputation as being difficult to coach after articles raised questions about his allegedly turbulent relationship with longtime head coach Mike McCarthy.

Many critics also questioned whether Rodgers would get along with rookie head coach Matt LaFleur. Then they asked if Rodgers could learn LaFleur’s offensive system which was very different from what he ran under McCarthy.

Well Rodgers has answered his critics. The veteran quarterback has picked up his game, improving each week after a slow start. Through seven games, the Cal alum has completed 64.8 percent of his passes for 2019 yards with 13 touchdowns and just two interceptions (both of which were deflected). His quarterback rating is 103.7. Rodgers is on pace to throw for 4,615 yards, 30 touchdowns and 5 interceptions. That would be his highest yardage total since 2011 while the touchdown total would be his best since 2016.

The five touchdowns gave Rodgers 350 for his career, making him the ninth player in NFL history to reach that milestone. Rodgers accomplished that goal in 172 games, eight games faster than Drew Brees who previously held that mark.

As for learning the new system, Rodgers seems more comfortable in it every week. He has been successful despite playing without his top target, wide receiver Davate Adams, for the last three-plus games.

“It feels good,” Rodgers told reporters. “I feel like this has been coming. I really do. I feel like we’ve been building, and I’ve been feeling a lot more comfortable. And Matt’s bee feeling comfortable with him calling it for me and feeling when I’m in a rhythm and when to be aggressive and when to pull back.”

LaFleur had only season as an NFL play caller before this season. That came in 2018 when he called plays for the Tennessee Titans. The new coach gradually installed his system throughout training camp and the preseason. Rodgers didn’t take a preseason snap, however, so the learning process was slowed down a bit.

“The way I view the quarterback is, it’s an extension of the coaching staff,” LaFleur continued. “We gotta be on the same page. I think that just like any relationship, it takes time to make sure the communication is on point. I like where we’re at now, but we gotta continue to work each and every day like any other relationship.”

The offense under LaFleur and Rodgers has worked better each week. The Packers are running the ball more frequently and more consistently than they did under McCarthy and they have integrated the running game with the passing game. Now, the offense runs different plays out of identical formations which creates confusion for defenses or as LaFleur said, “the illusion of complexity.”

Under the old system, Rodgers relied more on his receivers winning one-on-one battles. This season, plays are designed to get receivers open and the Packers are throwing more to their tight ends and running backs as well as their receivers.

The scary thing for opponents is that the Packers offense still hasn’t hit its full stride yet. “I’d say in sync, I wouldn’t say comfortable, I was saying in sync,” veteran wideout Geronimo Allison said when asked about the offense. “It was awesome and electrifying. You felt it and we all felt it and we use that momentum to just thrive off it and feed off of it.”

The offense has also gotten strong play from the offensive line which allowed Rodgers a lot of time to throw the ball against Oakland and all season.

The offense should get another boost when Adams returns from injury in a few weeks.

But for now, the Packers are enjoying their 6-1 start and looking forward to their next game in Kansas City.

“I think we’ve improved every week, but I still think there’s a lot out there for us,” veteran offensive tackle Bryan Bulaga said. “A couple of series we didn’t execute well enough. I get it, we scored 42 points…I still feel we can be cleaner and there are still things we can do better. There’s more for us to do and more potential out there for the offense.”