20-Year Anniversary: FSU Slips Past Clemson in Bowden Bowl I 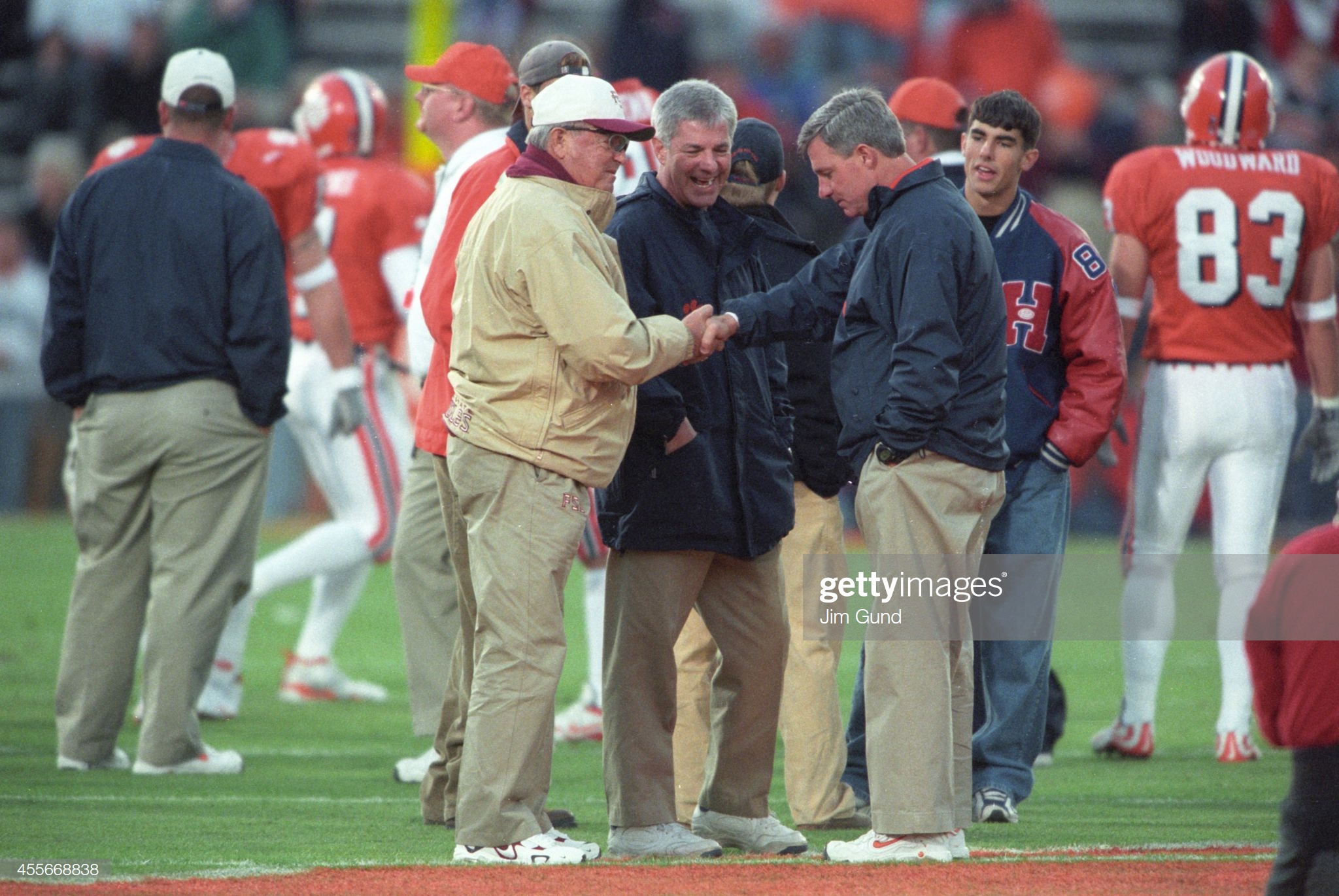 20-Year Anniversary: FSU Slips Past Clemson in Bowden Bowl I

Over a century and a half of college football, there have been plenty of unprecedented moments. One of those came on this day 20 years ago.

Up until the 1999 season, no contest had ever featured a head coaching match-up of father vs. son. That would change on Oct. 23, 1999 as Bobby Bowden led No. 1 Florida State into Clemson to take on the Tigers and first-year head coach Tommy Bowden.

It’s not uncommon for children to drive their parents crazy and Tommy did just that on that October night at the place known as Death Valley. When the clock hit triple zeros however, father knew best as the No. 1 Seminoles survived 17-14 to improve to 8-0.

At halftime, the Tigers held a 14-3 lead over Florida State. Woodrow Dantzler’s touchdown pass to Rod Gardner gave Clemson the lead before Travis Zachery found the end zone on a short touchdown run.

FSU was held without a touchdown for nearly three quarters, but after eventual Lou Groza winner Sebastian Janikowski’s second field goal of the night cut the lead to 14-6, Travis Minor’s 1-yard touchdown run with 10 seconds left in the third quarter afforded the Seminoles the opportunity to draw even. They would as quarterback Chris Weinke found fullback Dan Kendra for the tying 2-point conversion.

The Seminoles went ahead for good on Janikowski’s third field goal of the night — a 39-yard make with less than six minutes to go. Dantzler would drive Clemson inside FSU’s 25-yard-line, but on 4th-and-1, the younger Bowden had a decision to make.

With less than two minutes to go, Clemson kicker Tony Lazzara trotted onto the field, but his 41-yard field goal attempt sailed wide to the left. Minor was able to pick up a first down on the ensuing FSU position to cement the victory.

FSU would run the table, topping Virginia Tech 46-29 in the Sugar Bowl and becoming the first team to go wire-to-wire as No. 1 in the AP Poll. It would serve as the legendary Bowden’s only perfect season and second national championship. With the loss, Clemson fell to 3-4, but won three of its next four games to reach the Peach Bowl where it was defeated by Mississippi State.

Bobby and Tommy Bowden would square off nine times. The older Bowden won the first four match-ups, but the younger Bowden would win four of the next five. The first meeting however, came on this day two decades ago.