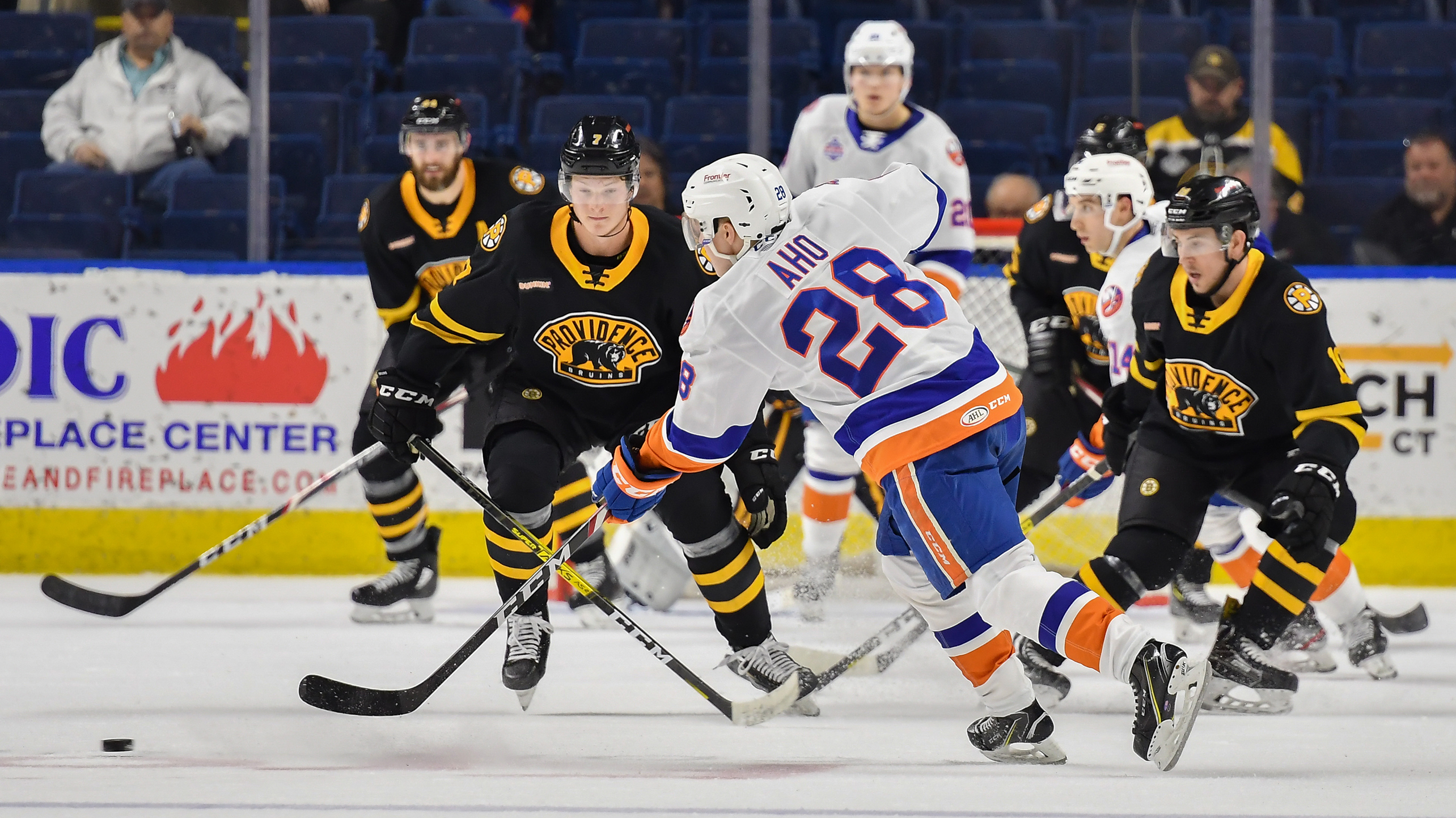 BRIDGEPORT, C.T — Power-play goals come at a premium at the professional ranks. The Bridgeport Sound Tigers have learned that the hard way.

The Sound Tigers enter this weekend 2-for-25 on the power play through six games. Following Tuesday’s 4-0 loss, Bridgeport is ranked 26th in that department in the American Hockey League.

“I think it’s a combination of things,” said forward Matt Lorito when discussing the slow start on the power play. “I think we’re just scratching the surface of our potential. We have a lot more.”

Lorito leads the Sound Tigers with three goals through six games and is responsible for one of the two power-play goals for Bridgeport this season.

“I like the execution of our power play,” said head coach Brent Thompson. “If you look at the last two games, they’re starting to feel each other out. The unit with [Otto] Koivula was moving the puck really well. They’re starting to get that chemistry.”

The 2014-15 campaign was the last time the Sound Tigers finished in the top third in the AHL on the man-advantage. A team comprised of Ryan Pulock—who led the team with 13 power-play goals and Alan Quine—who finished second on the team in points and power-play goals.

Bridgeport drops a clunker at home to Providence 4-0. Fall to 1-3-1-1 on the season. Have a three-in-three upcoming this weekend. Six points on the line.

Although the season is in its infant stages, Bridgeport has had ample opportunities. The Sound Tigers average more than four chances on the man-advantage per game. In comparison, the Islanders have not drawn too many penalties, heading to the power play 12 times in eight contests this season, but have converted 33 percent of the time.

“It’s beneficial to have two different units with different looks,” said Lorito. “[The opposition] has to scout and we’ve got guys with one-timers on one unit and guys on their strong side on the other. I think overall we need to get more pucks to the net.”

Following Saturday’s 3-2 shootout loss to the Wilkes-Barre/Scranton Penguins, Thompson was complimentary of his group as well, sharing that he liked a lot of the looks and felt they were generating opportunities, including a power-play goal in the game from Nick Schilkey.

How important are power-play goals anyway?

Well, the Sound Tigers’ numbers may indicate not as important as one would think. Last year they finished 24th in that department, converting a shade more than 17 percent of the time. That team finished the year with the fifth-most wins and points.

Thanks to their success on the defensive end, Bridgeport started last year’s postseason at home against Hershey, before falling in a decisive Game 5.

To compare, the 2014-15 team finished tied for the most power-play goals in the AHL with 65 such goals in 76 games. Despite their scoring prowess on special teams, they finished the season with 64 points, tied for the least in their franchise history, spanning 18 full seasons.

Following Tuesday’s decision, Thompson shared his frustration toward the team’s effort throughout the game, rather than honing in on special teams.

“You can’t play one period in a hockey game and expect to win. I don’t think we competed hard enough on the walls. I think [Providence] was on their toes and we weren’t. You have to play a 60-minute hockey game or you’re never going to win.”

The Sound Tigers take their 1-3-1-1 record into a weekend where they’ll play three games in three nights, the latter two against the Hartford Wolf Pack.

“It’s a big three games,” shared Lorito. “We can start to get into a rhythm with the power play as well.”

Bridgeport is expected to play those games without forward Tanner Fritz and defenseman Thomas Hickey, both of whom are week-to-week with lower-body injuries according to Thompson.