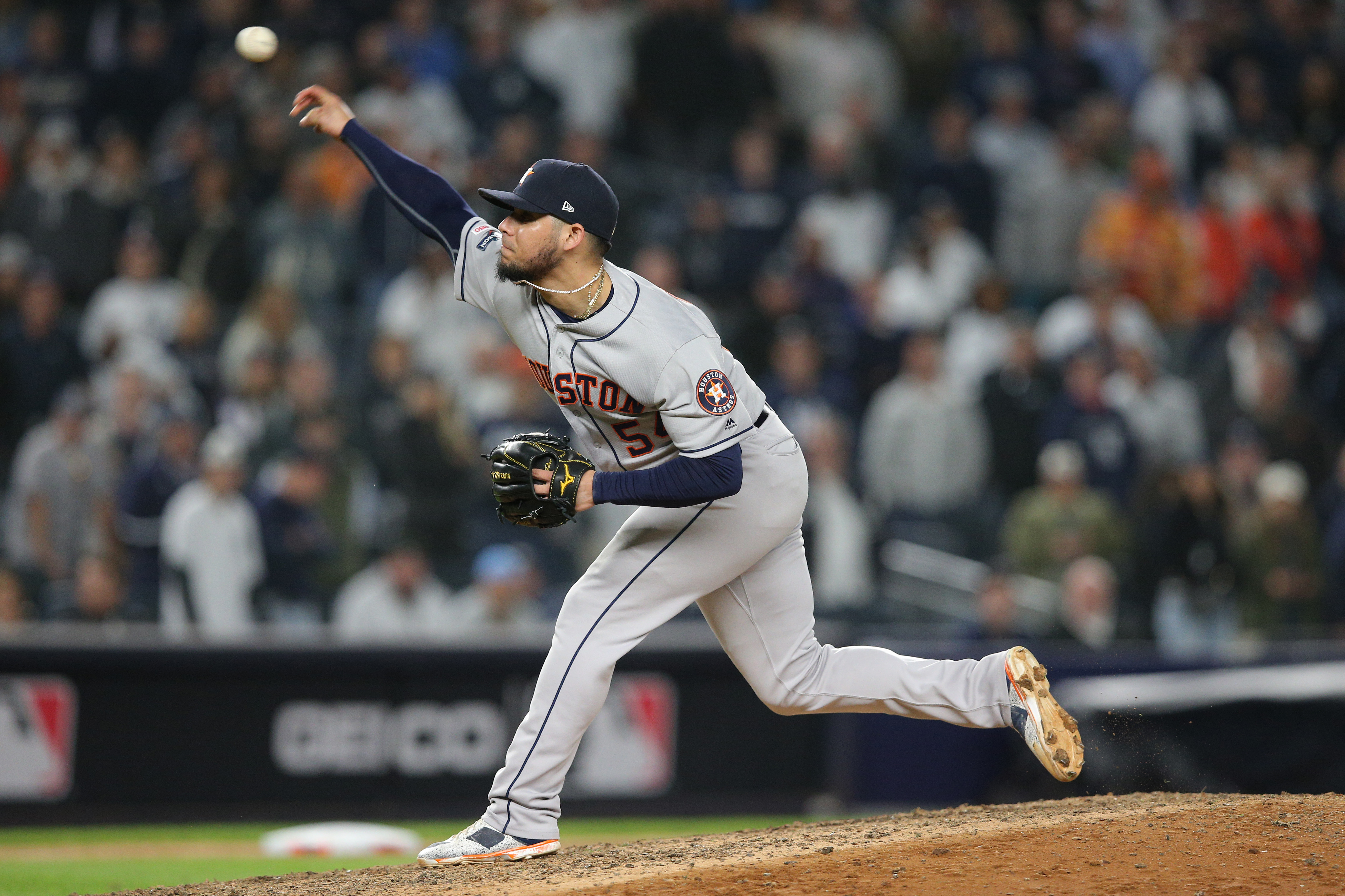 Update: On October 24, one day after the story was published on The Sports Daily, the Astros fired Taubman.

One of the biggest controversies surrounding the World Series at the moment is involving comments made by Astros assistant general manager Brandon Taubman following the Astros’ 6-4 win over the New York Yankees in game six of the American League Championship Series on Saturday night. Taubman, according to Sports Illustrated, said the following to female reporters, “Thank God we got Osuna! I’m so f— glad we got Osuna!”

My initial reaction to Taubman’s comments is simply yikes! Osuna was suspended while with the Toronto Blue Jays for violating Major League Baseball’s domestic violence policy. He was initially charged for an alleged altercation with the mother of his son, but those charges were dropped when Alejandra Roman Cota (Osuna’s ex girlfriend) decided not to testify. Prosecutors agreed to a peace bond with Osuna, which meant he could not be in contact with Roman Cota for a year.

Due to Osuna’s past history, these comments made by Taubman cannot be taken lightly. It should be noted that one of the female reporters was wearing a domestic violence bracelet.

However it was the Astros’ initial comments about the incident that is troubling many. According to People Magazine, the comments made by the Astros after the incident took place were “taken out of context”, and accused Stephanie Apstein of Sports Illustrated of “fabrication”, “misleading” and being “completely irresponsible.” Famous baseball writer Keith Law came to Apstein’s defense and believes the person responsible for releasing this statement should be investigated and receive discipline.

At this point the incident is in the hands of Major League Baseball, who are currently investigating the situation. One cannot assume that the controversy following game six of the ALCS impacted the Astros’ performance in game one of the World Series, but as long as people are talking about this controversial incident involving Taubman, it is overshadowing the excellent baseball on the field and possibly impacting the Astros’ mental state of mind.

The Astros had the opportunity to discipline Taubman at the time and decided against it. The reason Taubman made the comments was because he was defending Osuna, who struggled in game six. However there is no doubt that Taubman could have used more appropriate language in this circumstance. By not taking Apstein’s comments seriously initially, the Astros organization do not come across in a positive light.

It should be noted this was not the first time that a member of the Astros had a problem with the media in 2019. In August, Anthony Fenech of the Detroit Free Press was delayed access to the Astros clubhouse. He was not allowed to participate while Astros starting pitcher Justin Verlander addressed the media. It was determined at the time that the Astros violated Major League Baseball’s collective bargaining agreement.

The Astros seem to have work to do in order to improve their relationship with the media. It will be interesting to see if this impacts their overall play on the field as the World Series progresses. Game two is Wednesday night, and Verlander is on the mound for Houston. He will be up against Stephen Strasburg of the Nationals.