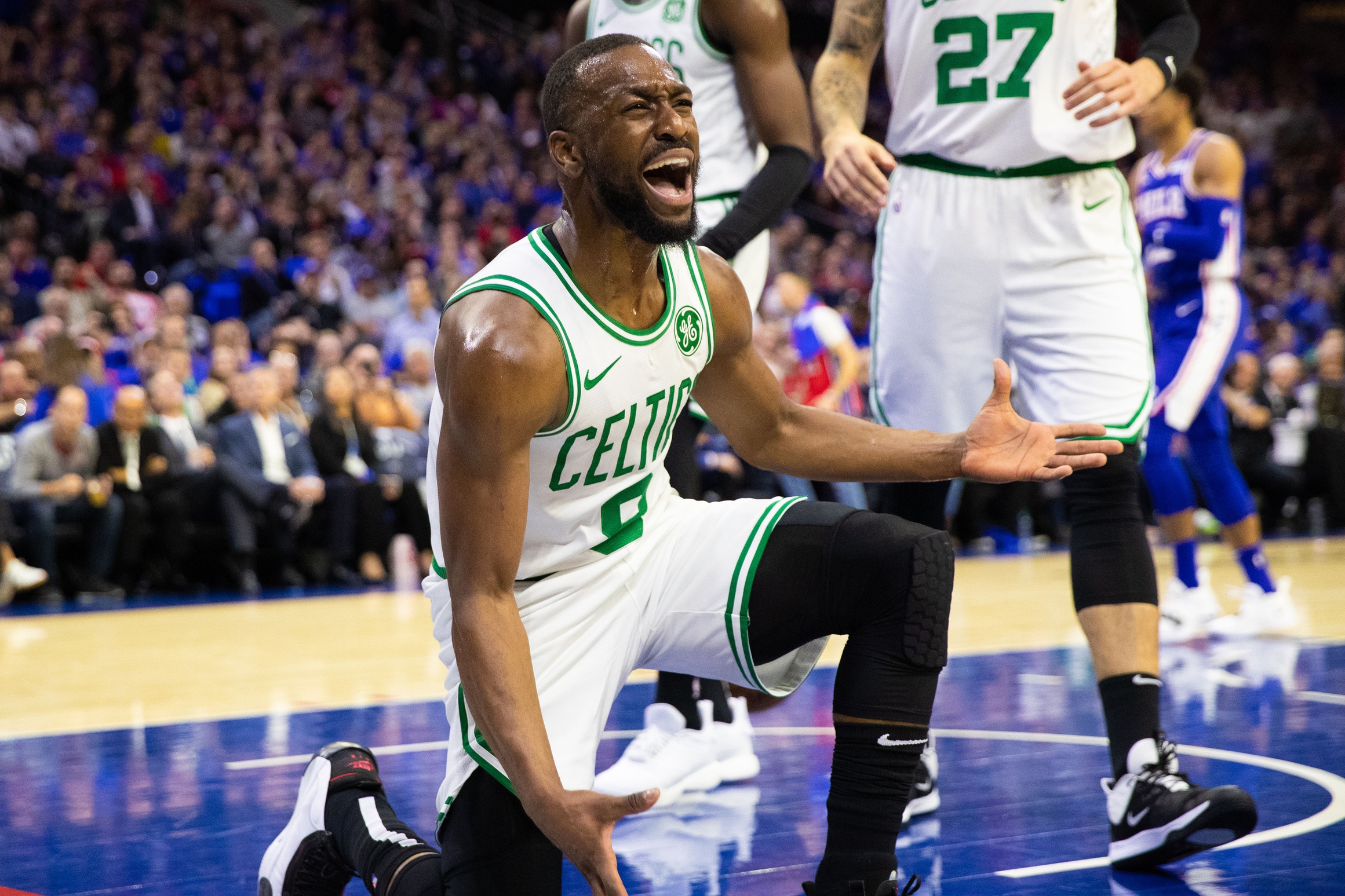 This game had about as much rhythm as me on the dance floor. The Celtics lost their season opener to Philadelphia, 107-93, in a game loaded with bricks, fouls and missed free-throws.

The offense was… pathetic. Especially Kemba Walker (12 points, 4-18 FG).  The Celtics new $100 million man barely had more points (8) than fouls (5). Summer League sensation Carsen Edwards shot 20% with two airballs. Gordon Hayward (25 points, 8- 15 FG) was the lone bright spot (and even he had a mediocre first half).

How can a team of professional basketball players shoot 58% (20-34) from the free-throw line?

What’s maddening is… the Celtics led for most of the first half. They completely collapsed in the 3rd quarter. This team isn’t good enough defensively to overcome such a woeful offensive performance.

Brad Stevens just about emptied the bench in the 1st half – he played 12 guys. TWELVE!

For those curious about the rotation, Kanter (12 points, 6 rebounds) started at center, Carson Edwards was the first rookie off the bench (11 minutes) and Grant Williams saw significant action in the 1st half.

and nuggets of information:

The Sixers shot poorly for most of the game, got an up-and-down Embiid night, committed a bunch of silly fouls, and still beat the Celtics by double digits.

Yeah, this team is for real.