Shuffle off to Buffalo, last call for Eagles before trade deadline 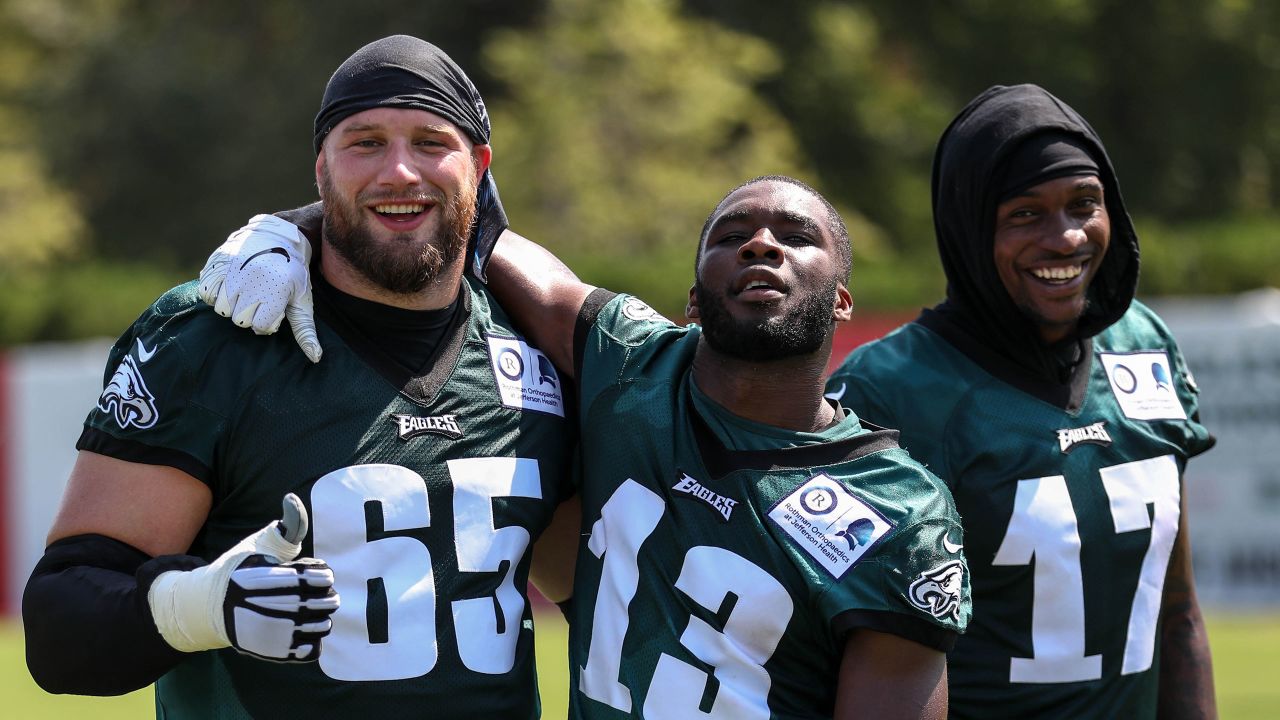 Shuffle off to Buffalo, last call for Eagles before trade deadline

This will be pretty much The Week That Was for the reeling Eagles. If you win in Buffalo, you might feel good about your team heading into a home game with Chicago at 4-4. Lose and it could be time to deconstruct any notion of contending for a division title in 2019.

Everything was hunky-dory just seven weeks ago. We had deep depth, they said. A great offensive line, best defensive tackle combo in the NFC, a legit deep threat at wide receiver, solid running back rotation, a groovy crew of defensive backs and the best QB in the NFC East healthy again.

All of that has degenerated quickly.

Now we’re relying on undrafted rookies signed off practice squads. The latest casualty: the team officially placed DT Hassan Ridgeway on Injured Reserve after he suffered an ankle injury Sunday in Dallas. Acquired in a draft weekend trade with the Indianapolis Colts, Ridgeway took over as the starter alongside Fletcher Cox in Week 3 after injuries to Malik Jackson and Tim Jernigan.

The Eagles have added Anthony Rush and Albert Huggins from the practice squads of Oakland and Houston, respectively. They’re going to play on Sunday in Buffalo against a team that has a complex series of runs in its arsenal and a big, strong-armed quarterback in Josh Allen leading the Bills to a 5-1 record.

“It’s crazy how everything has changed at tackle,” Cox said. “You just have to roll with it. Every player we have here in this room is capable in this defense. We just have to work together and play better. We know how important this game is for us.”

To add insult to injury, it looks like WR DeSean Jackson will be held out yet another week with a slow-healing abdominal strain.

No doubt Bills HC Sean McDermott is more than willing to take advantage of his former team when they are down.

Good ole Dave Spadaro gave us a really good preview of what the Bills have in store for us:

The Ways to Beat Buffalo …

1. Buffalo averages 135.8 yards rushing per game, and it’s not all from running backs Frank Gore (338 yards) and Devin Singletary (153 yards). Quarterback Josh Allen runs the ball. A lot. He runs to keep plays alive, he runs when he doesn’t like what he sees downfield, and he runs on designed plays. Allen is second on the team with 180 rushing yards and defensive coordinator Jim Schwartz is aware of the complexity of Buffalo’s ground attack.

“And then you add into the equation his ability to extend plays and to run for first downs. I think that we have to be at our very best. It’s not just going to be covering guys. We have to play well in the run game, and then we also have to be good in our pass rush game to keep him from escaping or having step-up lanes and have guys in position to keep him from moving the chains.”

2. Keep wide receiver John Brown from winning deep. Brown is fast, super fast. He’s got 33 receptions for 473 yards (14.3 yards per catch) and two touchdowns. The Eagles could have Ronald Darby, who dressed for Dallas but did not play, back in the starting lineup with Jalen Mills. Darby, when he’s at his best, can run with any receiver in the league. The Eagles have allowed eight passing plays of 40-plus yards this season. Those big plays are killers.

On the offensive side of the ball, the Eagles have to deal with an excellent scheme from Sean McDermott and Leslie Frazier, disciples of the late, great Jim Johnson who will bring pressure, who will offer the illusion of pressure, so quarterback Carson Wentz and his offensive line have to be on the same page at all times. Buffalo is fast, aggressive, and very much in sync. The Bills are playing with a great amount of confidence.

“I think this is a very well-schooled defense, one that’s very opportunistic. They’ve created turnovers and short fields for their offense and put their offense in a really good position,” offensive coordinator Mike Groh said. “They play really sound football. They play well together. They have great gap integrity. They do a good job of getting on the edge and creating pressure up front. They have good players and it looks like they play really well together. They all fit the scheme and the system really well.”

4. Win the turnover battle. I can’t stress this enough. In my exclusive interview with head coach Doug Pederson on Tuesday, we talked about the giveaways. His answer was interesting. Take a listen. Good interview and revealing with regard to the way he is approaching this critical moment in the season.

5. Take the crowd out of the game. This goes without saying, but it’s important to come out of the gates fast. The two early turnovers at Dallas turned a normally docile crowd at AT&T Stadium bonkers, fueled by the early lead. In Buffalo, the Eagles need to get the early jump.

So many questions from our fan base will be answered on Sunday. Can Doug get his injury-depleted team ready to play? Will Nelson Agholor finally show up with a big play? Can the linebackers and DBs show enough discipline to avoid the traps that McDermott is setting for them? Can Doug and Wentz come up with a fast start on offense? Will the Birds be buyers or sellers at the trade deadline (October 29)?

To McDermott’s credit, he’s not satisfied with how his team is playing despite a 5-1 record.

What’s difficult to judge is how good these 5-1 Bills really are based on their considerably soft opening schedule – four of their first six opponents currently have two or fewer wins. Then there’s how inconsistent they were in requiring a fourth-quarter comeback to beat the winless Miami Dolphins 31-21.

It was a game Sunday in which Buffalo’s defense allowed a season-high 21 points to an opponent that had been outscored 180-42 over its first five games. And Buffalo’s offense gained a season-low 305 yards against a defense allowing a league-worst average 440 yards, and missing its top lineman after Christian Wilkins was ejected on the second play from scrimmage.

It’s no wonder coach McDermott spent part of Monday outlining everything the Bills need to work on, from tackling to blocking to catching.

His concern is the Bills can’t continue their inconsistencies and get away with beating better opponents.

That was evident in a 16-10 loss to New England in a game the offense turned the ball over four times and squandered a sterling defensive output in which Buffalo limited the Patriots to what remains a season-low 224 yards offense.

Quarterback Josh Allen has on several occasions apologized for being careless with the ball.

Then there are injury bugs in Buffalo, too. Rookie WR Duke Williams is being evaluated with a right shoulder injury. … CB Kevin Johnson has what McDermott called ”a stinger” after initially being treated for a head injury. Third-string linebacker Maurice Alexander has struggled playing in place of injured starter Matt Milano and primary backup Corey Thompson.

So this game ought to be a doozey— two teams each with a lot to prove before the trade deadline.