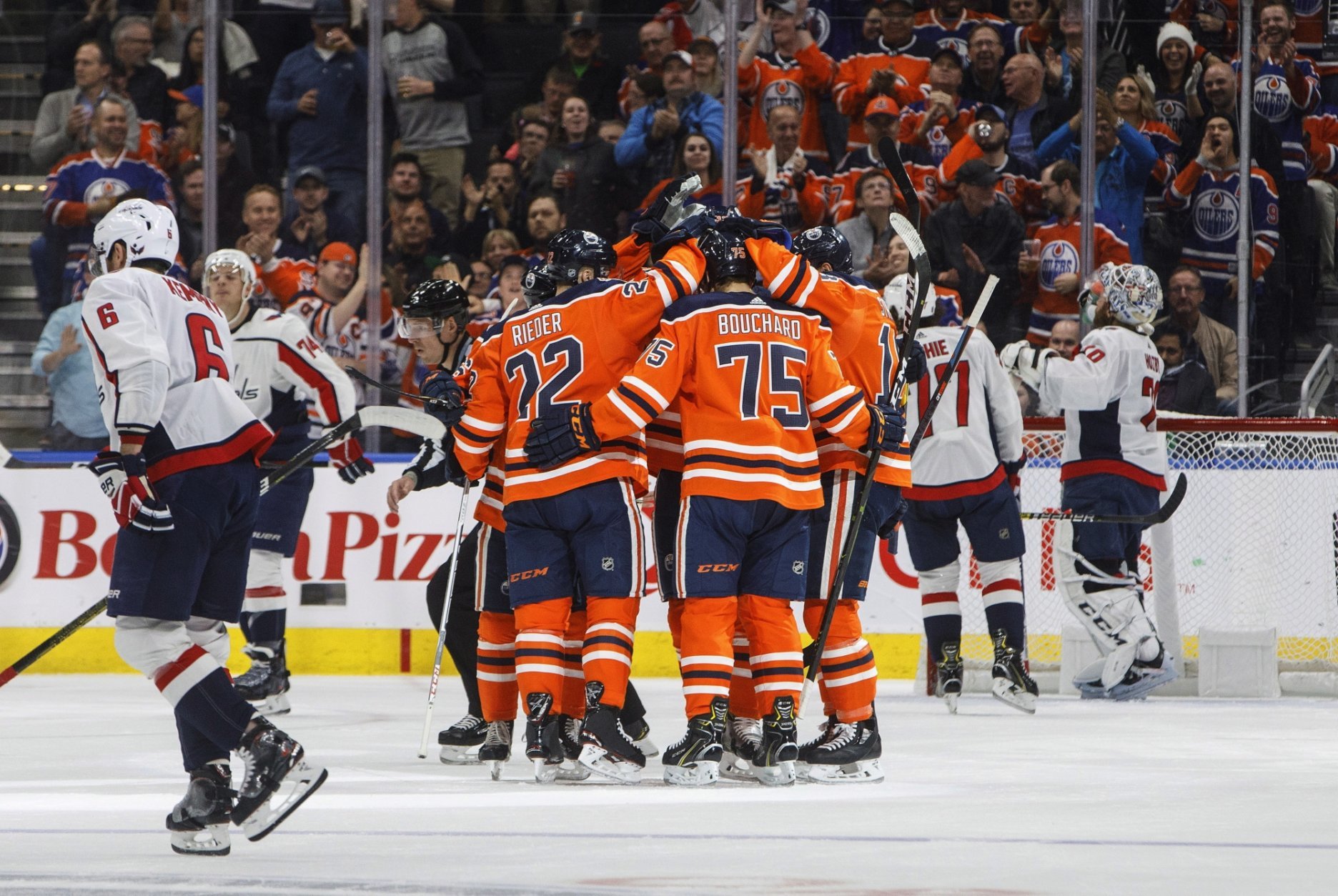 Ten games have come and gone for the Edmonton Oilers. The record is terrific, 7-2-1, and the team holds first place in the Pacific Division. The Oilers are just 2-2-1 in their last five, however, and must string together a few more wins before the end of the month. They return home tonight to face the Capitals in the first of two meetings on the season.

The sides split the season series a year ago, with the home team winning both games. The Oilers hope that trend will continue tonight. They scored a 4-1 victory over the Capitals at Rogers Place last October. That game featured the first career goal for Evan Bouchard.

Mikko Koskinen gets the start for the Oilers, while Braden Holtby gets the nod for the Capitals.

Edmonton: Play with a little urgency. The Oilers were completely dominated and outworked by a lesser Wild team on Tuesday night. They absolutely need to up the urgency level in this game. It might not result in a victory, but it should result in a game where the Oilers aren’t out of it after 15 minutes. They need to play with a little desperation against this team.

Washington: Follow the blueprint laid out for you. The Oilers struggle with teams that can attack with speed through the neutral zone. Washington possesses a ton of speed and should be able to quickly transition against this Edmonton club.

Edmonton: I’m taking a bit of a different approach today. The entire bottom six will be under my watch for this contest. Through ten games, the group has scored just a single goal, which came back in game two against the Kings. That isn’t good enough. Someone needs to step up and it needs to start right now. Is anyone gonna do it?

Washington: The NHL’s points leader is in town tonight. No, it isn’t Alex Ovechkin or Nicklas Backstrom, it is John Carlson. The slick defenseman leads the league in points this season and has been a complete force for the Caps. He’s an extremely entertaining player and is off to a special start. He’s worth your attention tonight.

Only one change for the Oilers tonight, as Tomas Jurco will be a scratch while Sam Gagner is in the lineup for the first time this season. Joel Persson, out with a concussion, is close to a return. William Lagesson is scratched on defense.

Minimal changes for the Capitals since the last time these two met. Garnet Hathaway, the former Flame, and Brendan Leipsic are the main additions up front. On defense, Radko Gudas was acquired from the Flyers for Matt Niskanen.

The Oilers and Capitals meet tonight for the lone meeting of the 2019 calendar year. The sides met last October in Edmonton, then concluded the season series in November in Washington. They’ll conclude this year’s matchup on March 16th, 2020, in Washington.

Home ice has been quite kind to the Oilers this season. They are 4-0-0, defeating the Canucks, Kings, Flyers and Red Wings. The Oilers are averaging 4.25 goals per game at home, while surrendering a paltry 2.75 against. The Oilers powerplay has been remarkable at home, clicking at a 36.4% clip.