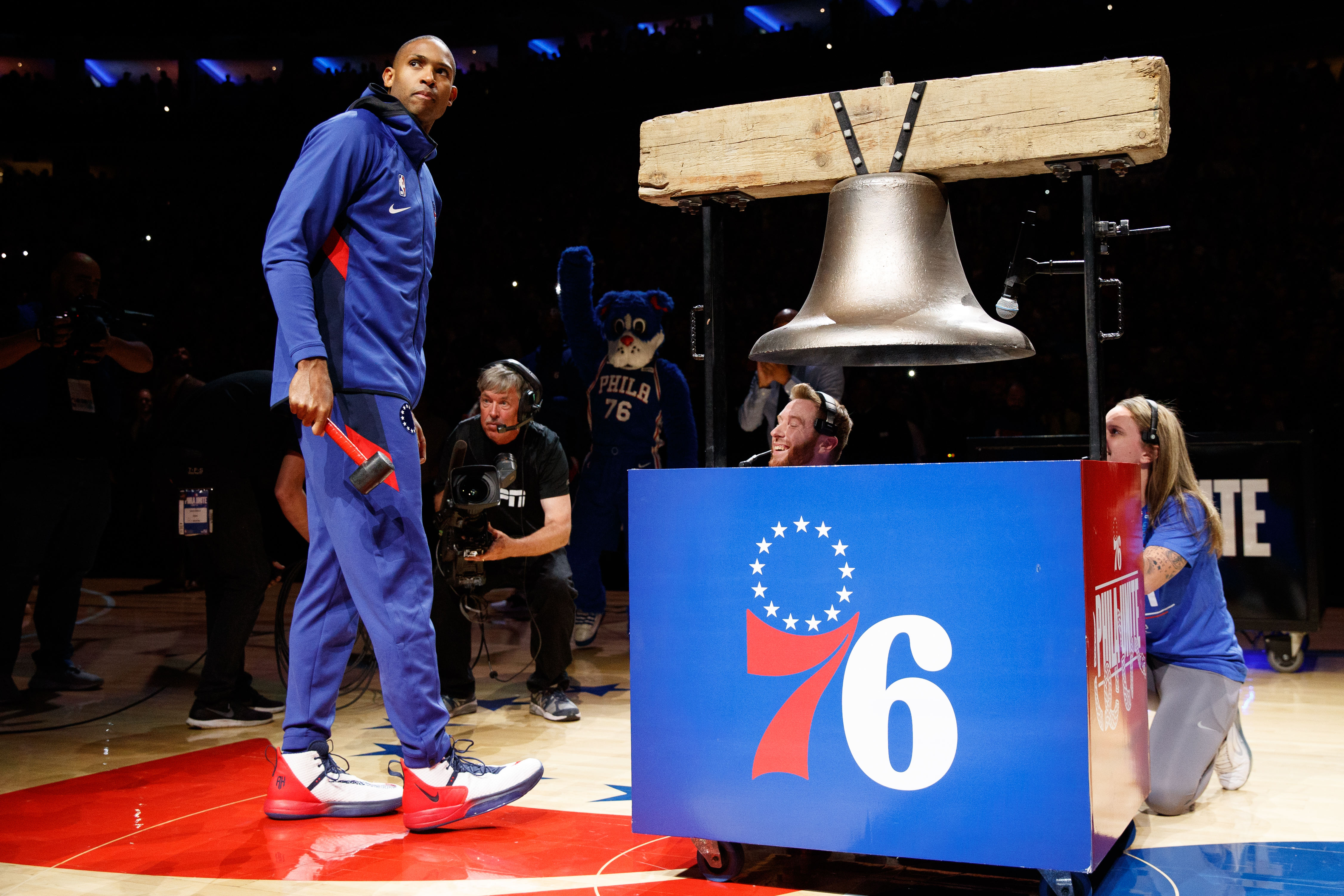 PHILADELPHIA, PA — With roughly ten to fifteen minutes before tip-off, the Philadelphia 76ers’ event crew was planning for the first bell-ringing session of the season at the Wells Fargo Center in South Philly. For those who aren’t familiar, allow me to explain:

For the last few years or so, the Sixers have created a ritual before every home game. Moments before tip-off, the team will announce a special guest, who is typically related to, or beloved in the city of Philadelphia to come out and nail a liberty bell replica three times with a hammer.

Last season, some of the special guests happened to be former Sixer, Allen Iverson, Phillies outfielder, Bryce Harper, and Eagles head coach, Doug Pederson, to name a few. So, in other words, the Sixers tend to pick a famous athlete or public figure to come out and get the game rolling.

Being that the first game of the season was on Wednesday night, everybody expected an extraordinary guest. Since the Sixers will never announce the guest beforehand, it always comes off as a surprise. After the Sixers announced their starting five for the first time during the 2019-2020 season, the bell came rolling out, and everybody was ready.

Sixers’ in-house arena announcer Matt Cord did his quick spiel, explaining the reasoning behind the bell and everybody got ready. Who’s it going to be? “Ringing tonight’s bell…. Al Horford!” Of course, the crowd went wild, but many couldn’t help but chuckle over the fact that Horford was the pick.

Being that the Sixers essentially poached Al Horford from the Celtics this past summer, there was no better way than to introduce him to the sold-out crowd. So for the very first bell-ringing session of the year, Philly allowed Horford to do the honors. Ironically enough, it was directly in front of his former team, who clearly misses his veteran presence.

“They came up to me yesterday (Tuesday) and asked me,” Horford said, following the win over his former team. “I said yeah, and then I got some instructions there on how to do it. It was a very cool moment. I really really enjoyed it — it was special.”

Of course, Al Horford saw it as a moment to allow him to introduce himself to Philadelphia for the first time — but make no mistake about it, that was an All-Pro troll job by the Philadelphia 76ers. And to put the icing on the cake, they took down the Celtics with a final score of 107-93.

Horford helped contribute to the win with 16 points, three assists, two rebounds, and a steal. While Horford admitted he had a hard time getting over the awkwardness that came with playing against his old team, he was ultimately happy in the end. “It felt good to go out and get a win,” Horford said. “It’s finally over. [I had] a lot of emotions leading up to this so I’m happy that we came out and competed and were able to get this first win.”