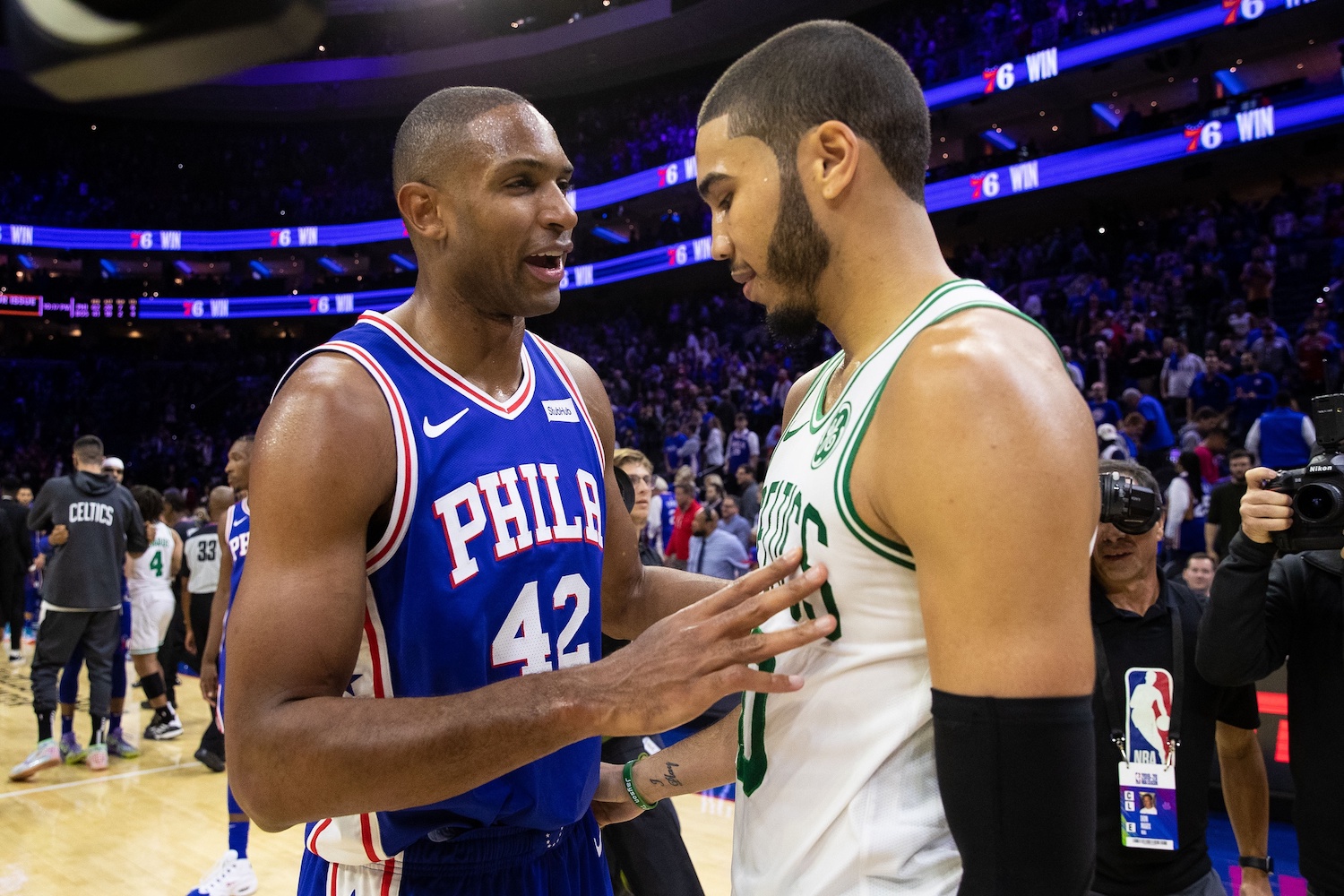 The Celtics still need more from their top scorers. Gordon Hayward poured in a promising 25 points on 8-for-15 shooting, but Tatum and Walker each had rough nights from the field. Stevens almost smirked when asked about Walker’s struggles in his debut.

“I’m not worried about that,” Stevens said. “He’s a great offensive player so some of those shots will go down, some of those things had to do with, again, they guarded him well. And we’ll just continue to ask him to be himself because he’s awfully good.”

That’s fine, but the Celtics’ main guys have a lot of pressure this season. The team doesn’t have as much scoring depth as last year, so the leading players will carry a heavy burden. Especially against bigger teams, the Celtics need to be dangerous on the perimeter. Their new steady diet of pick and rolls resulted in ugly 36.7-percent shooting. The Celtics shot just 7 for 26 from behind the arc (26.9 percent) and finished with just 18 assists.

The Celtics didn’t get everything they wanted, but left Philadelphia with some new information to mine. It was an ugly game, a disappointing game and a first step for a new-look team.

The Athletic — In season-opening loss, Celtics pushed around by an old pal’s new friends

It’s really hard not to overreact to the first game of the NBA season. We’ve all been waiting what feels like forever for meaningful basketball to commence. Like, could you even envision this on a random night in early August? Pulling a Kevin O’Connor here for a second (that guy Max Tani who got ratio’d to shit last night can suck it) and just saying how awesome it is to have basketball back.

With that said, if you wanted to see the new look Celtics rally around their new identity and flourish in their new roles, you’ll have to wait until Friday night at TD Garden to hopefully see that. And so, after waiting for months, it’s hard not to feel really disappointed with last night’s rock fight:

Or the Celtics are awful. https://t.co/kPiFzhJIZA

Chuck, others who were tweeting like Chuck, I’m here to say that it’s going to be ok. Because the Celtics aren’t going to be playing the Sixers every night. While Brad Stevens has mostly owned Brett Brown for the last 3 years, that’s probably not going to be the case this season because the Sixers simply have better players. They’re a team everyone expects to challenge for the title while the Celtics would need a lot to go right for everyone to say the same. The roles have reversed.

But while overreactions probably aren’t instructive after one game, I thought Jay King’s point above about the Celtics top players having to play really, really well against good teams was an excellent point.

Last season’s Celtics make me want to puke, and while they lost plenty of games like this against good teams, they were at least able to bring guys off the bench who you could trust to score and keep their heads in pressure-packed NBA games. Semi, Carsen, Grant, Robert Williams and Brad Wanamaker all got some burn last night, and I can’t say that (yet) about any of them. And I don’t think it’s fair to pass judgment on those guys yet (although the clock continues to tick, IMO, for Semi and Wanamaker), but what it means is that in these big games, the Celtics’ core five need to be great, or at least 4 of them need to be.

Last night, Gordon Hayward was quite good, the rest of the four, not good at all. Tatum was probably closest, but he was mighty inefficient and often times looked like a rookie when he tried to get downhill with his dribble. Jaylen Brown couldn’t stay on the court, Kemba was a wreck and while Marcus Smart did lots of Smart things, he couldn’t put his whole imprint on this game because Philly now has some junkyard dogs of its own — the Celtics could have had Matisse Thybulle.

Anyways, I’m not going to go all Chuck on your asses (Chuck did that in his Rapid Recap last night!), but my biggest takeaway is this one that King mentioned. Toronto is coming up on the schedule, as is Milwaukee… playoff teams with experience. It’s not fair to expect Carsen Edwards to go for 20, or for Semi Ojeleye to stifle Giannis. It is fair to expect All-Star level performances from Kemba, Jayson, Jaylen and Hayward, and a Smart-y game from Smart. If those things aren’t happening into the next few weeks, be worried.

ESPN — The good, the bad, the ugly

MassLive — 9 things we learned from Boston Celtics vs. Philadelphia 76ers

Al Horford was relieved. He always knew facing his old team was going to be emotional. The decision to leave was difficult, he says, and this night was always going to be tough for him.

“When I saw the schedule I was like ‘first game of the season’ but it was good,” he said after Philadelphia’s 107-93 win. “Just relieved from that part and also very happy, very happy we got the win tonight.”

He wasn’t happy earlier in the game after his former teammate Marcus Smart drew a foul on him. From Horford’s perspective, he had position and he let the official know it. Afterwards he admitted he was in the wrong.

“Marcus does such a good job of flopping, though, like, you know, selling it. Just making sure,” Horford joked. “He does that. That’s what the does. When I was on his side I loved it, I thought it was great. But now, he got me. He got me pretty good.”

After Al Horford started the night by ringing that damn Liberty Bell, he did Al Horford things in the Sixers win against the Celtics — things he used to do for us. He poured in a few one-handed push shots around the rim, made life tough for the Celtics on offense, and stretched the floor plenty (even though he missed most of his looks from deep).

He mentioned being relieved that the game was over, and I think most Celtics’ fans felt the same way. While no one wants to remember last season, Horford leaving and going to a rival down I-95 punctuates just how terrible last season was. It was so bad that Horford, who picked the Celtics just three years ago, got out of town as quickly as he could.

No bad words to say about him, but serves him right to get drawn in to Marcus Smart’s defensive genius with an offensive foul call.

And finally, Kyrie Irving blows it for the Nets

Kyrie Irving dropped 50 in his Nets debut, but couldn't get the buzzer beater to go that would've given the Nets the win.pic.twitter.com/pVXBkImXOH

After a classic Kyrie Irving pregame address to the fans, in which he paused, overcome by all of the emotion, he went out and poured in 50 points to go along with 8 rebounds and 7 assists. He single-handedly kept his “playoff-caliber” Nets in it against a Minnesota team from which no one expects anything this season.

My hope for this season? Kyrie scores 50 every night, but the Nets win 25 games.