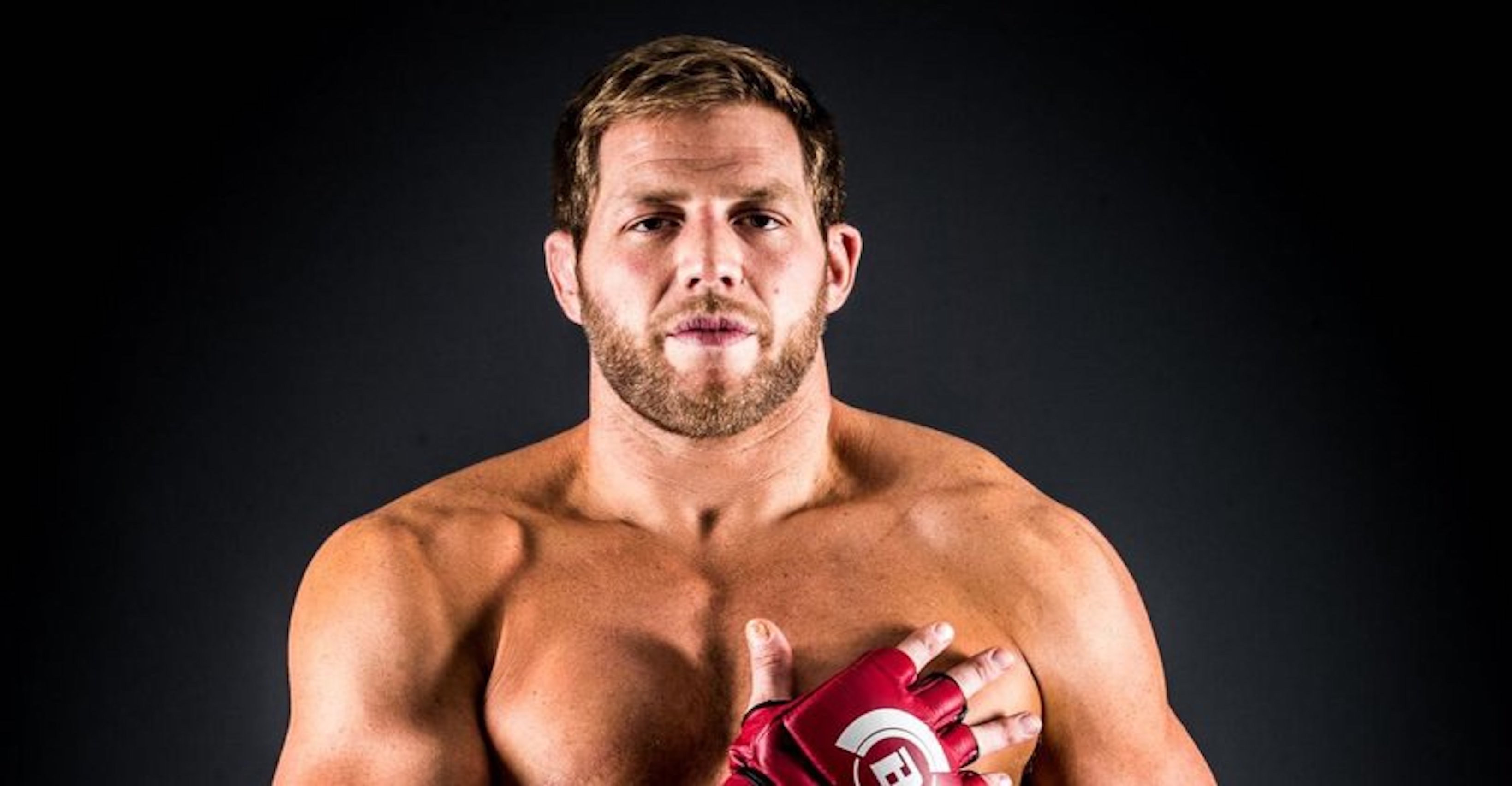 AEW star Jake Hager walked into the Octagon at Bellator 231 with a record of 2-0, but he left without a win. Hager’s fight with Anthony Garrett was ruled a No Contest after Jake delivered a knee to the groin twice.

Garrett was unable to continue, leaving neither man with a victory. It appeared that Hager’s actions were unintentional and that’s how it was ruled. Hager was visibly upset at the decision after the fight was called.

This was bad. He can't recover and the fight's over. Ends up a NC. #Bellator231 pic.twitter.com/FjNPdaKEHR

Hager has made waves in AEW as a member of Chris Jericho’s Inner Circle. Jake even wore an Inner Circle T-Shirt during his entrance, while also using his “We the People” catchphrase from WWE.

It’s unknown what Hager’s MMA future holds. Many fans believed that Jake has the potential to go far in Bellator and that may indeed be the case. In the meantime, Hager’s work in AEW will likely continue, as he has become a featured player thanks to The Inner Circle.