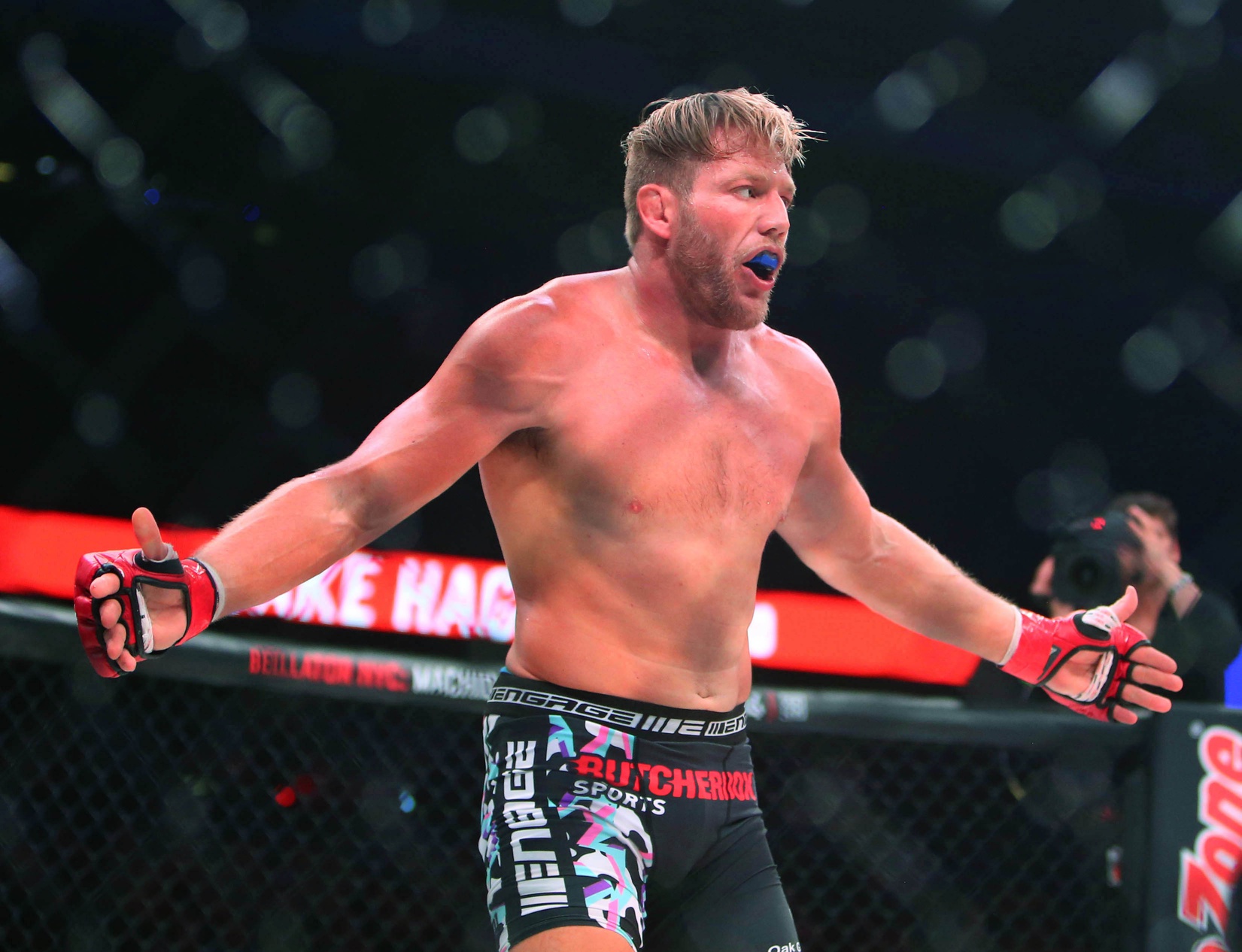 AEW star Jake Hager is currently preparing for his third MMA fight at Bellator 231. The former WWE World champion took some time on media day to speak about that fight, as well as the pro wrestling world that he inhabits once again.

Hager talked to Mike Pendleton of MyMMANews  about both topics en route to his fight with Anthony Garrett that will take place on Friday, October 25 at the Mohegan Sun Center.

“The biggest thing for me after the second fight was I sparred all summer, I never stopped sparring, so I feel like I came into camp so much better, so much ahead of the game for this camp than I did the first two, and I think that’s going to show. For me, consistent work is the only way that I’m going to do it.”

Hager has not exactly received the warmest of welcomes in the world of MMA, where many fans wanted nothing to do with the pro wrestling star. Jake talked about having to deflect that hate, as well as being able to withstand the criticism that seems to come from all sides.

Hager is currently a member of AEW World champion Chris Jericho’s Inner Circle stable. That stable also includes Sammy Guevara, as well as Santana and Ortiz. Hager did not appear on the October 23 edition of AEW Dynamite however, due to his fight with Garrett.