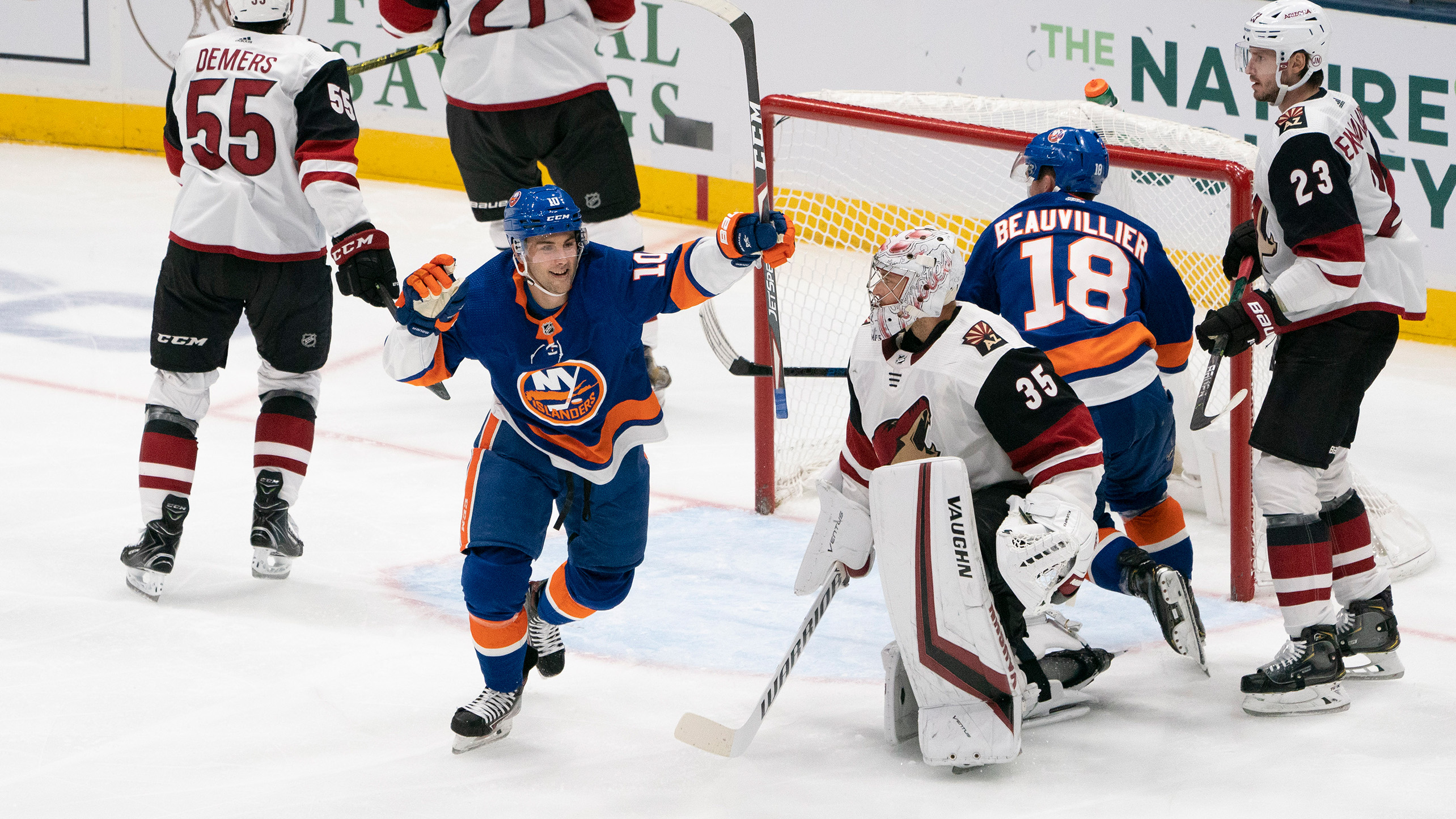 UNIONDALE, N.Y. — Derick Brassard isn’t a natural winger, but you wouldn’t have been able to tell that on Thursday night.

The offseason acquisition didn’t miss a step when he played on the wing of Brock Nelson and Anthony Beauvillier in the Islanders’ 4-2 win over the Coyotes. Brassard had played on the wing briefly last season, but is a centerman by nature.

“I just felt like I was a little bit more involved tonight,” Brassard said about playing the wing. “I was just trying to get a different feel for it. (Nelson), Beau as well, has been outstanding since I’ve started the season. They’ve really helped me and it’s a good feeling to be able to help the team.”

Brassard recorded his first goal of the season on Thursday off of a redirection in front of the net. The 32-year-old was able to charge to the crease and Pulock put his shot attempt right off the stick of Brassard.

Thursday’s win, the Islanders’ fifth straight and moved them to 6-3-0 on the season, was one Brassard’s best outings to date. Brassard saw 17:54 of ice time against Arizona.

“It’s nice to go out there and get a feel for the puck and sometimes you get your confidence by going there,” Brassard said. “Five-on-five in this league is hard. You’re trying to find some chemistry with your teammates. Trying to get a feel for everyone.

“It took those couple of games to try and set myself in a role here.”

"It's a good feeling to be able to help the team." – Derick Brassard pic.twitter.com/P85fTTs5eS

Barry Trotz had said that he wanted to see more out of Brassard and on Thursday he certainly got that. And the Islanders coach took notice of the production he had in the win.

“He was really good. I thought that was his best game of the year,” Trotz said. “He was on the puck. He was physically really involved, he made plays in the offensive zone, he was detailed in the defensive zone and he produced. You check a lot of boxes off there.

“That was more of the Brassard that I’ve always seen.”