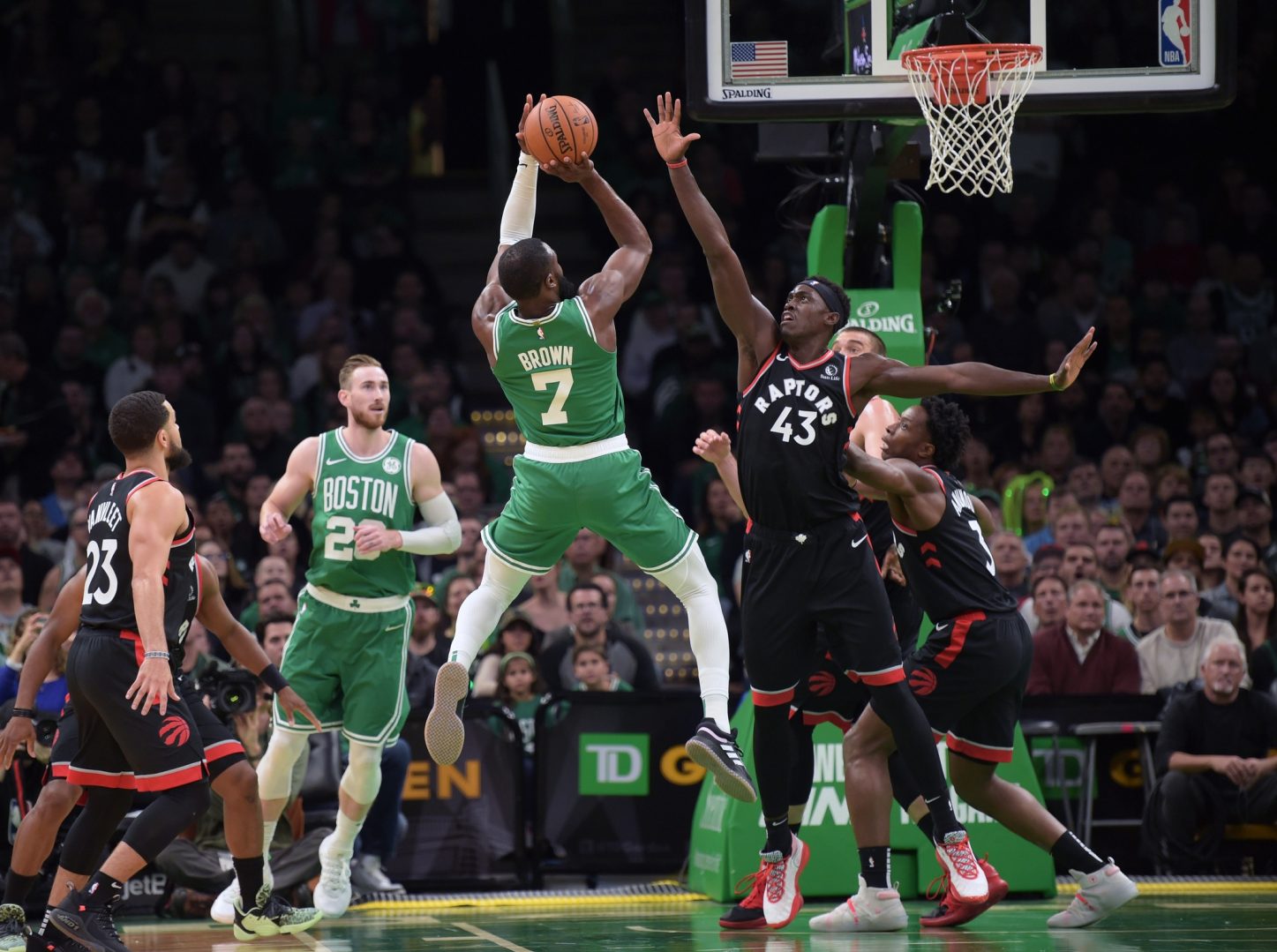 Kemba Walker had a rough offensive night (to start…definitely not to finish). The entire team couldn’t buy a shot for much of the second quarter and early third and was real bad from distance (4-19 midway thru the 3rd; 13-38 in the long run). Daniel Theis got a starting opportunity and almost immediately got hurt (or so it seemed). In the third it began seem like Toronto could pull away entirely, and it wasn’t irrational for one to think, “We’ve seen this movie before; we saw it two nights ago.”

But we were not doomed with a repeat, instead seeing a start-to-finish thriller that showcased all of the Celtics’ strengths and few of their weaknesses. Jaylen Brown had a night reflective of the potential the front office sees in him (25-9-4 on 55% shooting). Jayson Tatum acquitted himself just as well (25-9-2 plus 3 steals, albeit at a far less efficient 36% rate). Kemba shot the same not-great percentage as Tatum, but scored the majority of his buckets in the clutch when it counted, ending with a well-rounded 22-6-2-2-2.

The Raptors played excellently until the end, sniping from behind the arc (while Boston had so much trouble from there), and stifling the Celtics offense entirely at numerous points. Pascal Siakam led all players with 33 points while veteran Kyle Lowry dropped 29 of his own. But ultimately the paint, where the Celtics scored most of their points, undid the Raptors, which is fascinating considering how small Boston’s lineups often were. The score also isn’t as reflective of the Cs defensive quality when it counted—check those 10 Boston steals to Toronto’s 2.

A dispatch from the midst of Kemba’s making-up-for-lost-time offensive blitz:

Not to be undone as a three-point murderer was our man Jaylen:

INFORMATION AND/OR WILD CONJECTURE (a.k.a. tweets):

This surprised me as well, but there’s no denying it was true, at least before he heated up in the second half. Kemba was getting blocks, taking charges against much bigger dudes and doing his best to hound guards (it’s not his fault Lowry is an incredibly crafty dude)

Pretty good summary of the second-frame doldrums by the Riffs Man.

Robert Williams has been a pleasant surprise for the Celtics through the first game and a half. Really nice stretch for him in the second, getting a steal and saving the ball and then throwing down an alley-oop from Gordon Hayward. Celtics need him to become a factor.

What happened with Theis appeared extraordinarily ugly, despite ultimately being not that bad.

Looks like Theis' left ankle rolled all the way when he backpedaled on top of Stanley Johnson's foot by accident. https://t.co/TArnZl6zKn

His contributions were limited, but I think he looked decent for his time in the center-by-committee rotation.

I don't know how the Celtics just got 14 offensive rebounds with Marcus Smart at center, but they did and it was good

IT SURE IS COMICAL AIN’T IT.