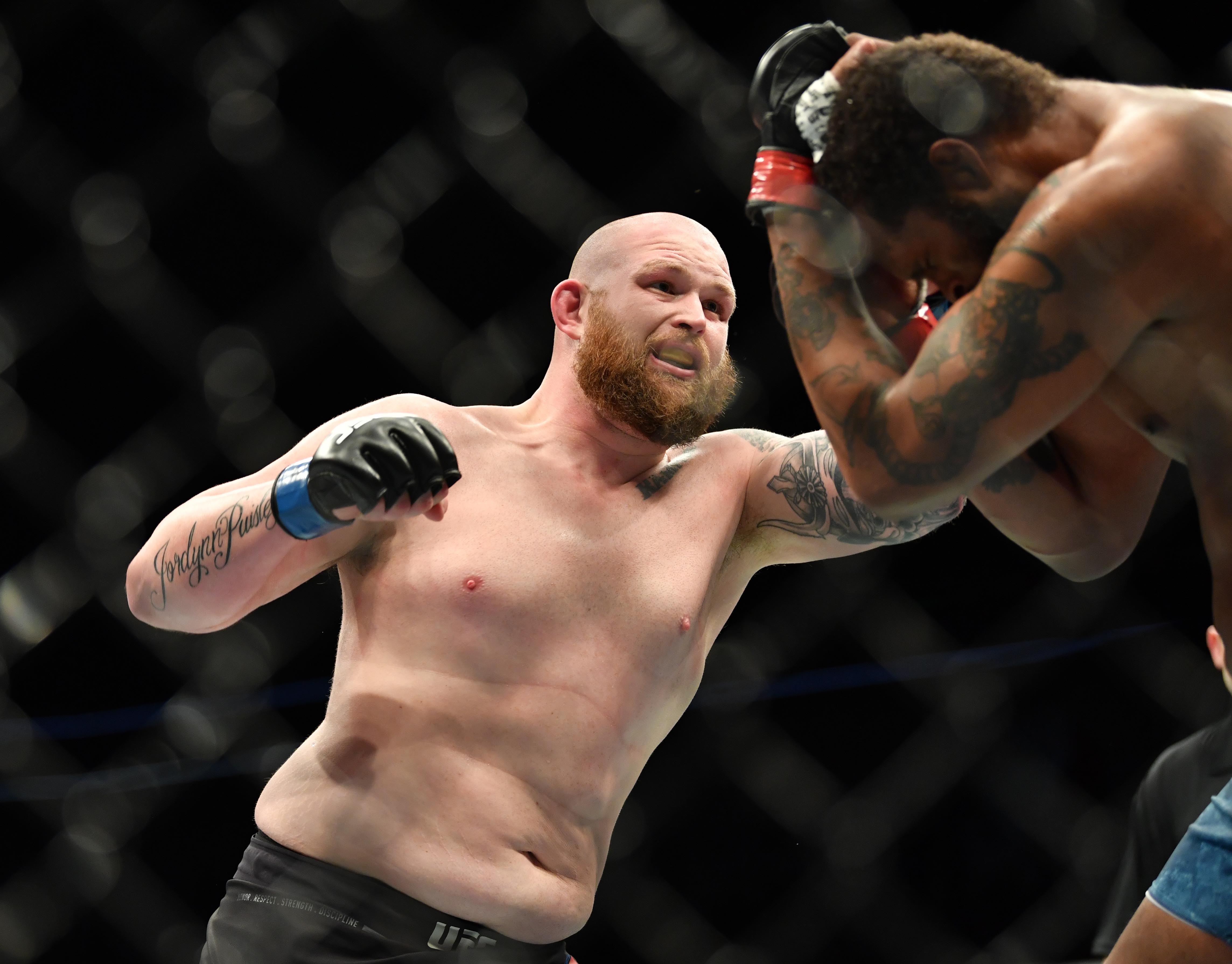 Few fighters are given their third chance to pick up their first UFC victory. However, due to some unforeseen circumstances, our pick this week is getting just that.

Although some people see him more of a wrestler-type, Hughes actually does his best work in the clinch. We saw a taste of that in the fight with Todd Duffee, before the fight was stopped due to an eye poke. If you go back before he was in the UFC, there is even more evidence of his ability to mix things up and land in the clinch. In his LFA title bout against now top 15 ranked Maurice Greene, he lit Greene up when the were on the inside together. His short punches upon exiting a collar tie have a surprising amount of pop on them for the distance he throws them from.

The aforementioned no contest with Todd Duffee would have been a good fight to show just how skilled he was, even against a far more athletic opponent. Not getting a chance to show off his surprising cardio and more of that clinch striking undoubtedly lost him the chance to win over some fans. As does the fact that he is 1-1 against Maurice Greene, who is ranked at #13 in the UFC rankings, with the loss coming inside of the UFC.

Raphael Passoa lost in his UFC debut. But it is not just the fact that he lost that makes him look ill-fated in this matchup. Passoa lost by submission by arm triangle to Cyril Gane, who characterizes himself, properly, as a kick boxer. In this bout, he’ll be stepping in with a fighter with far more experience on the ground and the ability to put him away just as easily.