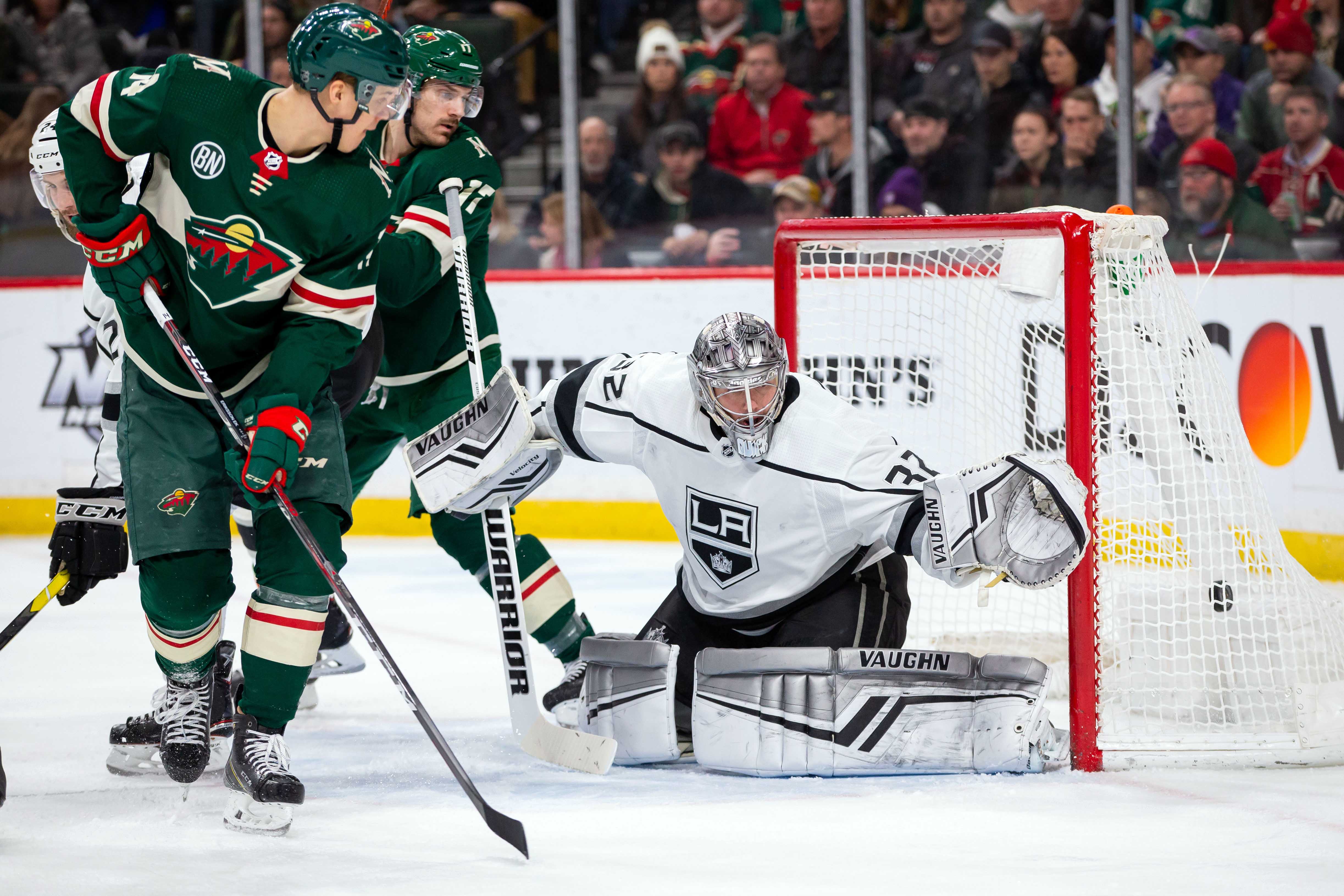 I’m sure Derek has mentioned at some point over the years, that during the fall high school sports season, he coaches football. Tonight (I’m writing this on Friday night) is the start of the playoffs here in Wisconsin, so he’s out of town and I’m listening to the game from the comfort of home. The temps will get near freezing during the game, so the thought of sitting on cold, metal bleachers is not my idea of a good time. It’s still the first period, and our high school team is having a night much like the Wild had in Nashville on Thursday night. Things started out okay, but after a while, the fortunes clearly changed and not for the good. Of course when you’re the team with the worse record and stats, that’s to be expected.

Now the Los Angeles Kings are not the Nashville Predators. In fact, they’re having a season much like the Minnesota Wild. They’re last in their division. They only have two more points than the Wild. Looking at the team stats, their goals for per game, goals against per game, power play, and penalty kill almost look identical to Minnesota’s. However, the Kings do have the better goals for per game than the Wild. With the way things have been going this season, I would gladly take 2.90 goals per game, instead of the 2.10 that the Wild have currently. But I also have a feeling that Kings’ fans wish that 2.90 was more like 3.25 or more. I suppose this just goes to prove that the grass is always greener on the other side. We always want what other people have.

While the team stats are fairly comparable, the individual stats definitely show the deficiency on the part of the Wild. You know things are bad when it’s Brad Hunt who is leading your team in points. At least for the Kings, their leading scorer, Anze Kopitar makes far more sense. At least their #11 is actually doing something, unlike our #11. I’m still wondering where Zach Parise is this season. The one place we know that Parise can’t be found, is in their Top 5 Scorers. The fact that Hunt and Marcus Foligno are, is a sign of bigger problems. There are people like ‘El Kapitan’ Mikko Koivu that are also a bit missing in action as well. In fact all of the Los Angeles players on their top five are names I expect to see. What I don’t expect with those five names is for them to have scored as little as they have.

The best hope that the Wild have for this game, is for the Kings to play like the Ottawa Senators did. In fact Minnesota’s best hopes for wins this season is just to play the worst teams in each division. While that might make for a slightly more successful season, it could end up being extremely boring as well. With that in mind, I have no idea what team we’ll see. Will we see the team who bounced back in the 2nd meeting with Montreal and got the win? Will we see a Wild team that made a game of it in the first period against Nashville, but then fell apart after the first intermission? Will we see a team that clearly has no identity or heart?