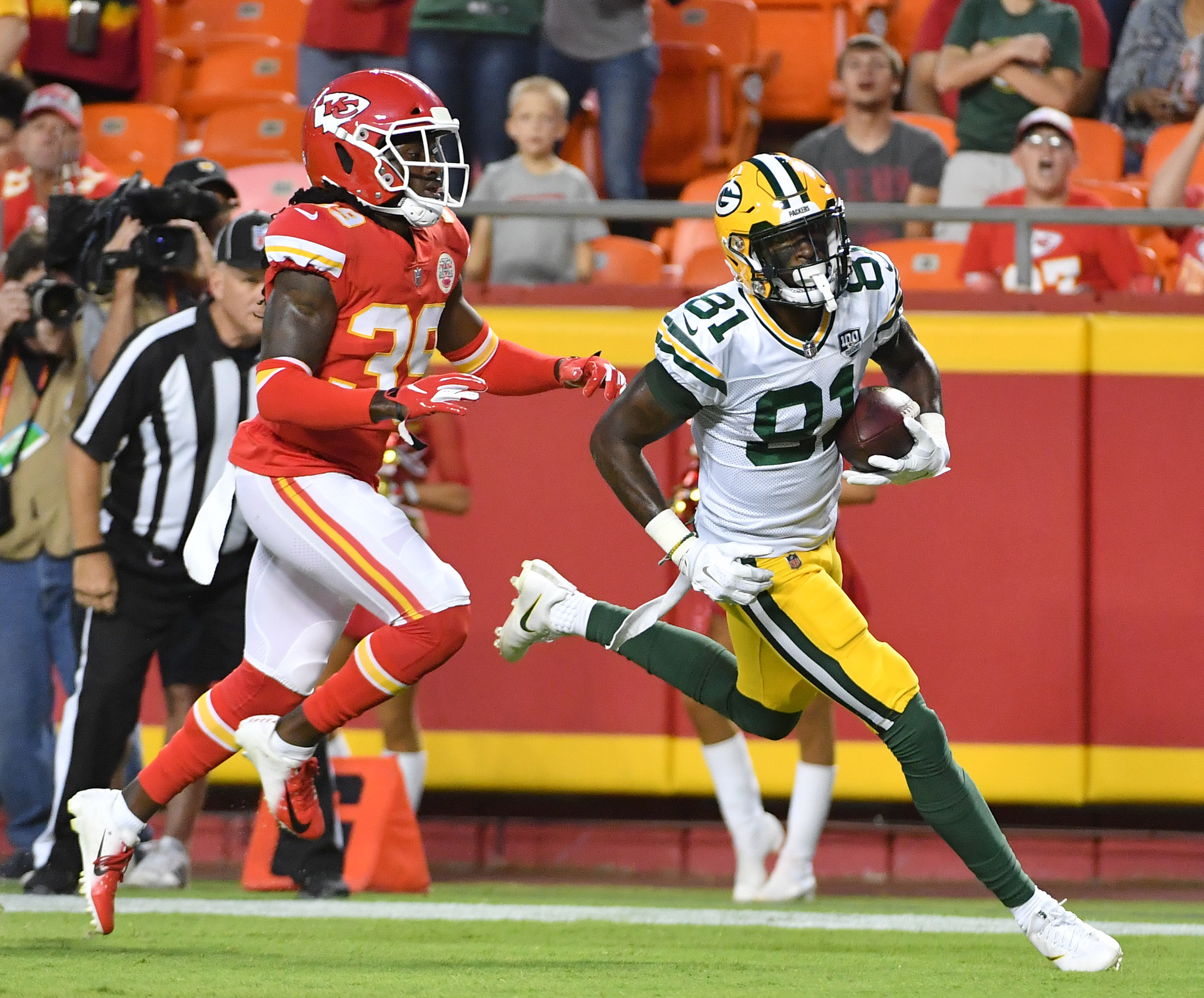 The Green Bay Packers head on the road Sunday to face the Kansas City Chiefs in prime time in Week 8. The Packers enter the game with a 6-1 record and are in first place in the NFC North while the Chiefs are 5-2 and in first place in the AFC West. The Packers crushed the Oakland Raiders last week 42-24 while the Chiefs dominated the Denver Broncos on Thursday night a week ago 30-6. This is the third consecutive week the Packers are facing an opponent who is significantly more rested than they are entering the game.

These two teams have met 11 times during the regular season with Kansas City holding a 7-3-1 edge. Green Bay and Kansas City met once in the postseason with the Packers defeating the Chiefs 35-10 in Super Bowl I on January 15, 1967 (click here for the story behind that game and its impact). Green Bay has won two of the last three times these teams have played.

Here is a look at the six key factors that will determine who wins Sunday night’s game in Kansas City:

Green Bay has struggled all season to stop opposing tight ends and the Chiefs have one of the best in the game in Travis Kelce. Kelce leads the Chiefs with 38 catches for 541 yards and a touchdown. At 6’5” and 250 pounds, the former University of Cincinnati star creates mismatches due to his combination of size and speed. He also has excellent hands and body control.

The Packers hope to have rookie safety Darnell Savage back in the lineup Sunday night. Savage is currently listed as questionable with an ankle injury. He and Adrian Amos will have the primary task of slowing down Kelce.

It is probably too much to ask of one player to cover Kelce and the Pack will have to do their best to prevent the big tight end from making big gains down field. This will be a big challenge for a Green Bay defense that is ranked 21st in the league against the pass and features a bend but don’t break philosophy.

2. Slow Down LeSean McCoy and the Kansas City Rushing Game

Chiefs head coach Andy Reid is a proven winner and an offensive innovator, but he often gets away from the running game too quickly. With MVP quarterback Patrick Mahomes out of the lineup, the Chiefs will likely rely more on their running game on Sunday night, so the Packers must be prepared.

Veteran LeSean McCoy leads the way for the Chiefs on the ground and he’s averaging a healthy 5.4-yards per rush this season with 322 yards on 60 carries. McCoy is a speedy runner who is most dangerous in space. He can also be effective catching passes out of the backfield.

The Packers need to slow down McCoy and prevent the Chiefs from putting backup quarterback Matt Moore in third down and short situations. Green Bay’s run defense is presently ranked 24th in the league. The Packers need solid contributions from Kenny Clark, Blake Martinez, Dean Lowry and the rest of the front seven to slow down the Kansas City rushers and force Moore to pass the football.

3. Continue to Spread the Ball Around on Offense

One thing the Packers have done well in Davante Adams’ absence is throw the ball effectively to a variety of receivers. Quarterback Aaron Rodgers has involved his running backs and tight ends in the offense and then gone back to his wide receivers when they are open. Depending on the matchup and play design, the Pack may feature any number of players in the passing game which puts pressure on the Chiefs weak pass defense.

Kansas City enters this game with the 24th ranked defense overall and Rodgers should be able to find ways to get players open against the Kansas City secondary. Look for Aaron Jones, Jamaal Williams and Danny Vitale to continue to play a big role in the passing game.

Marquez Valdes-Scantling is a speed burner who is averaging 19.8-yards per catch this season and should only continue to improve. Tight end Jimmy Graham feels like he is close to having his best game of the season and should also play a larger role with Adams listed as doubtful and likely to miss his fourth straight game.

The Chiefs are dealing with some injuries in the secondary and will be without CB Kendall Fuller on Sunday.

In order to make things happen in the passing game, the Packers will need to protect Aaron Rodgers. The Chiefs don’t have a dominant pass rusher, but 12 different players have at least a half a sack on this team and they aren’t afraid to send different players in on the blitz at different times.

Emmanuel Ogbah leads Kansas City with 3.5 sacks while Frank Clark and Alex Okafor have three sacks each. Clark is out this week, however, with a neck injury.

The Green Bay offensive line has played well this season and Rodgers has only been sacked five times in Green Bay’s last five games. The tackle duo of David Bakhtiari and Bryan Bulaga is one of the best in the league. Corey Linsley is an underrated center while guards Elgton Jenkins and Billy Turner have also played well.

If Rodgers has time to throw, he should be able to have another strong day after picking the Raiders apart at Lambeau a week ago.

Veteran Matt Moore is a good backup quarterback, but the difference in ability between Moore and reigning MVP Mahomes is a big one. Moore is efficient but nowhere near the athlete that Mahomes is and he is more limited in what he can get done on the field.

Moore was out of football last year and has only played in 16 total games since starting for the Dolphins back in 2011.

Defensive coordinator Mike Pettine needs to do a good job of disguising his coverages and forcing Moore to win this game with his arm.

Moore is also nowhere near as mobile as Mahomes and the Packers should be able to pressure him on Sunday. The Pack did not sack Raiders quarterback Derek Carr a week ago but have put consistent pressure on opposing quarterbacks this year.

The pass rush, led by Preston Smith and Za’Darius Smith, should be able to get Moore out of his comfort zone, although like the Raiders, the Chiefs like to release the ball quickly to keep their quarterbacks upright. The Chiefs will also be without their starting left tackle, Eric Fisher. The Packers should look to exploit backup Cameron Erving on Sunday.

The Chiefs have a speedy weapon in Tyreek Hill and one of the best matchups of the night should be watching Hill and Green Bay’s top CB, Jaire Alexander, battle for four quarters.

Hill has three touchdown passes in three games and is the kind of player who opens things up for teammates and makes game changing splash plays for his team. He can make a big play and change the momentum of a game at any time. Alexander will have to do his best not to bite on double moves by Hill and to prevent the speedy but troubled Chiefs wideout from beating the Packers.

The big meeting between Mahomes and Rodgers will have to wait another four years (unless these teams meet again in February), and the Packers are fortunate they are catching Kansas City this week without their starting QB.

The Packers should be able to move the ball against Kansas City, both on the ground and through the air. The question is whether Moore can keep up with Rodgers’ offensive output on Sunday.

This game won’t be easy as the Chiefs are a talented team and Reid is a savvy offensive coach who will adjust his offense without Mahomes in the lineup. Still, the Packers have a big edge at quarterback and have a better defense.