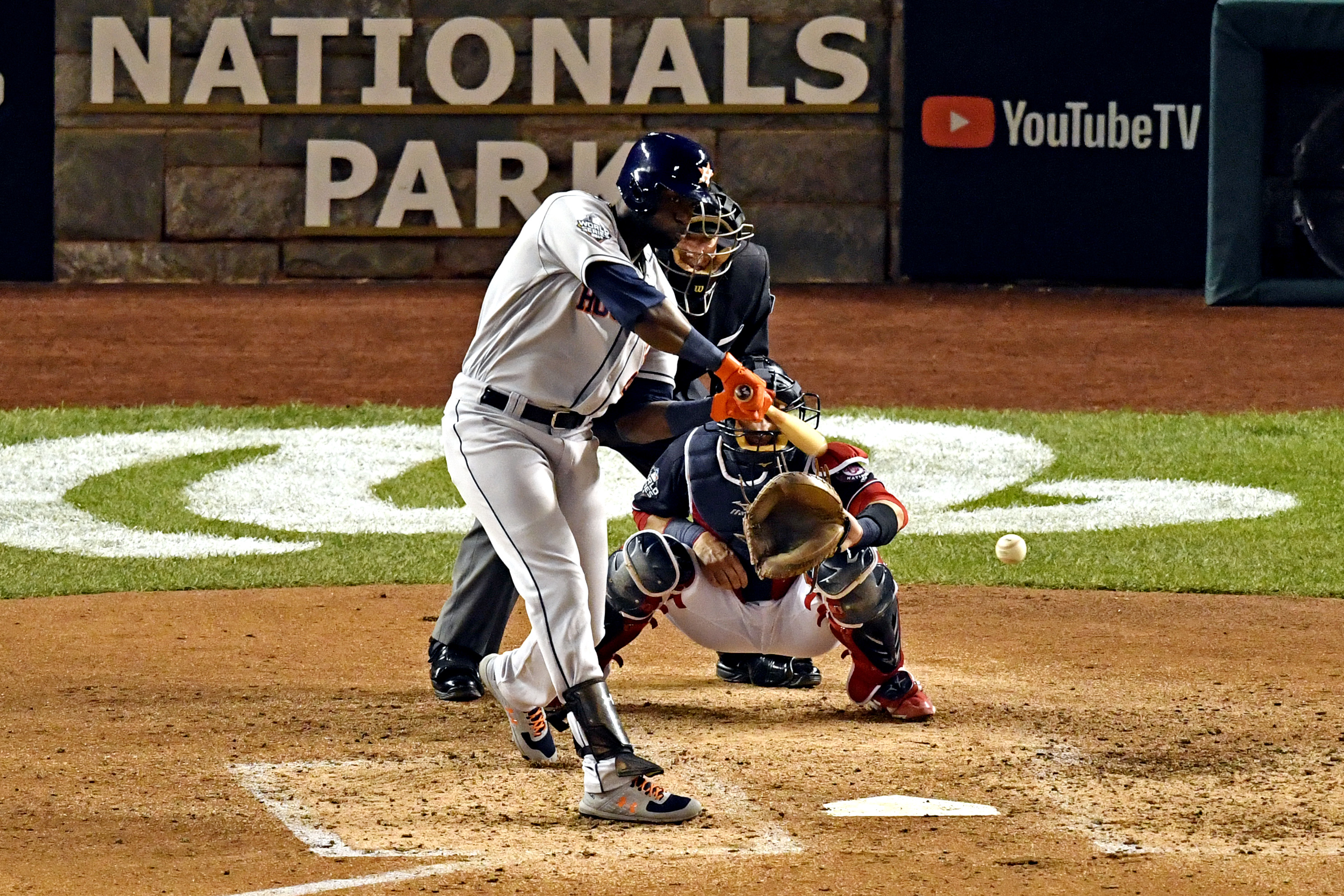 Just a few days ago, the Houston Astros were in big trouble when it came to their matchup in the 2019 World Series against the Washington Nationals. They were headed to DC down 2-0 despite having their two best pitchers — Gerrit Cole and Justin Verlander — toeing the slab on consecutive nights.

But here we are three games later, and the Astros are headed back to Houston just one win away for their second title in three seasons. The American League champs have found a way to break through and take control of this series, but something that hasn’t changed is the method in which they score.

On Sunday night, it was Yordan Alvarez who gave Houston an early lead. The powerful rookie belted his first career postseason homer — a two-run blast that was his first dinger since September 21st — in the second inning of Game 5. That gave Cole all he’d need to take care of business, although Carlos Correa and George Springer added dingers of their own to make Houston’s lead more comfortable.

Striking early on offense has been a noticeable trend for the Astros during the Fall Classic. However, it’s been rather constant since advancing to the ALCS against the New York Yankees. The below table provides a look at when they’ve scored their first run(s) of the game in each contest over the past two rounds, and whether they were the first team to score or not.

While the Astros haven’t won all of these games, the trend itself is striking. They haven’t scored their first runs later than the third inning in any of the last 10 games. Of the 11 games highlighted above, Houston has scored in the first inning 54.5% of the time.

Manager AJ Hinch‘s club had baseball’s best offense during the regular season when looking at team wRC+. Combining that with how deep their lineup is on a nightly basis is enough to stress any starting pitcher out. But when they consistently put the pressure on within the first couple innings, it takes the stress to another level. Opposing pitchers need to work harder early on, potentially curtailing their ability to get deep into games. Of course, that also puts more pressure on the bullpen, as well as the opposing manager when it comes to making in-game decisions.

The Astros are so good in so many ways, and this is a great representation of how they go about their business on a nightly basis. They didn’t panic after losing consecutive home games to start the World Series and kept grinding. Now, the club is headed back home in the driver’s seat and with all the momentum heading into Game 6.