Your Morning Dump.... Where Grant Williams is proving to be a net positive 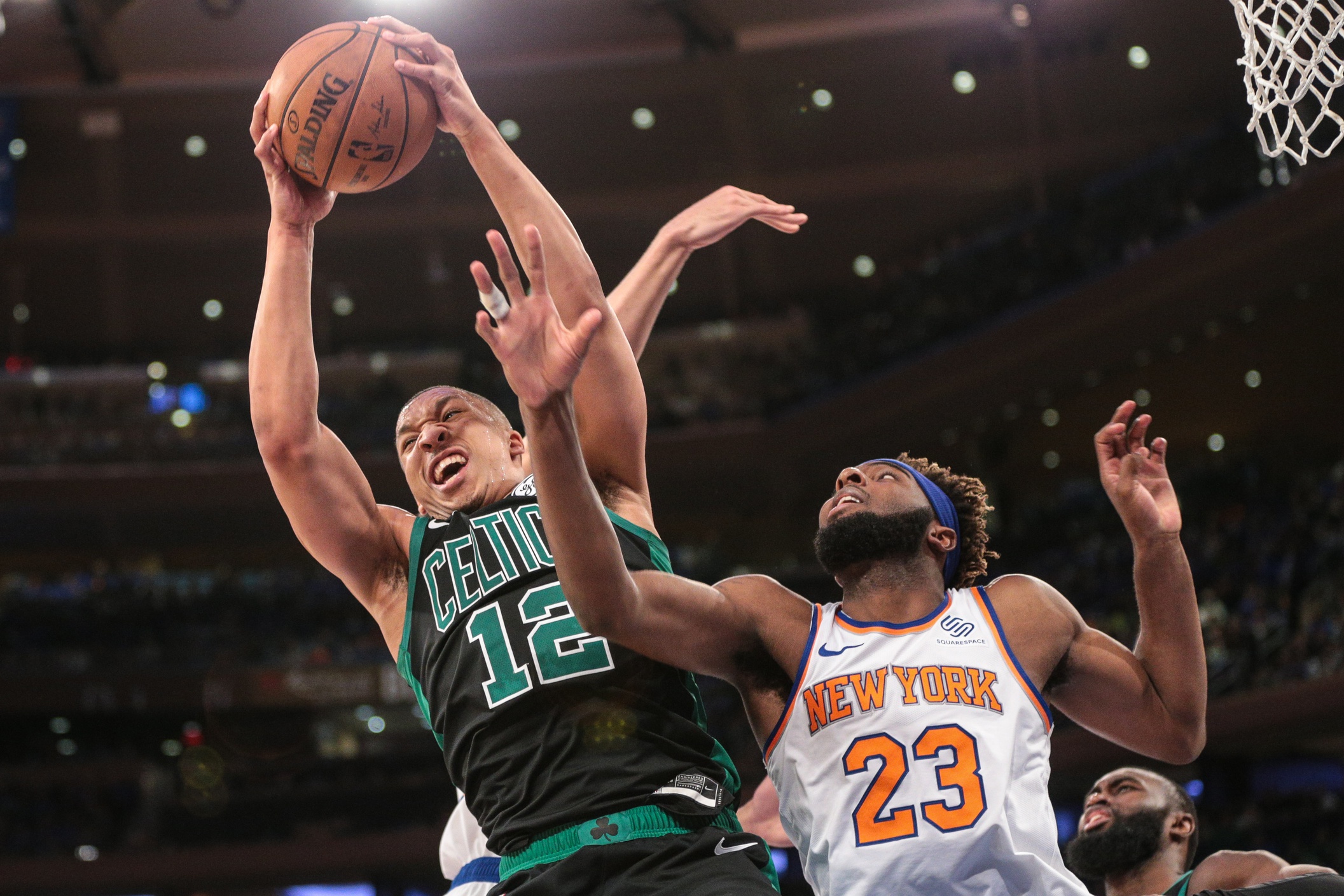 Your Morning Dump.... Where Grant Williams is proving to be a net positive

The undersized big man spent most of the preseason playing true power forward off the bench for Boston but has quickly been pressed into action at the small ball center spot in Boston’s last two wins against the Knicks and Raptors. The results have been incredibly promising from a team standpoint as the Celtics have been plus-20 net rating during his 47 minutes on the floor.

While Williams hasn’t done much to light up the box score (3.7 points, 3.0 rebounds per game), his dirty work has not gone unnoticed. Offensively, he provides an offensive skillset that no one else on this roster presents at center. He’s a capable jump shooter from the corners, sets monster screens on and off the ball and has above-average passing ability for the big. With so many scoring options surrounding him when he plays the center spot, Williams has excelled at opening up opportunities for teammates and taking advantage of when defensive attention fades away from him. He has made the right play time and time again through the opening three games and that has already earned him the top minute total out of Boston’s reserves outside of Marcus Smart.

Defensively is where Williams’ work gets even better, particularly for a rookie. He tallied three steals and two blocks in just 18 minutes against the Knicks Saturday night, showing off a savvy with his ability to contain ball handlers in the pick-and-roll along with recovering with some weakside rim protection.

All jokes aside, Williams’ stellar play doesn’t eliminate the rebounding woes. Boston was -10 last night (Their -7 on the season is 27th in the league) with New York collecting 23 2nd chance points.

But… his positive play in other areas is helping offset that negative. Yes, I double majored in mass communications and physics.

And that’s the best we can hope for with the bigs on this team. If they can’t rebound, they better bring something else to the table.

On Page 2, Kemba finds his stroke in NYC.

Boston outscored the Knicks, 72-44, in the second half, with 21 of those coming from Bronx native Walker, who canned five 3-pointers and scored 11 consecutive points in one stretch. Walker was 8-for-31 shooting in his first seven quarters as a Celtic and is now 15 for 26 in his past five.

This is the player Celtics fans expected, and Walker’s impact on the offense doesn’t appear to be overbearing. He picked his moments Saturday night, helping the Celtics create distance from a Knicks team that appeared to lose hope after 2½ strong quarters.

When asked about his resurgence after a slow start, Walker said: “It’s my teammates, coaching staff, these guys are keeping me confident, continuously talking to me. I’m also just getting in rhythm, do what I can, get to my spots, try to make the right play.”

I think Gary Washburn is spot on – there’s nothing overbearing about Kemba Walker.

He’s proving to be the perfect chaser to the bitter shot of Kyrie Irving.

And finally, Tacko enters the books.

Congrats to the big fella.