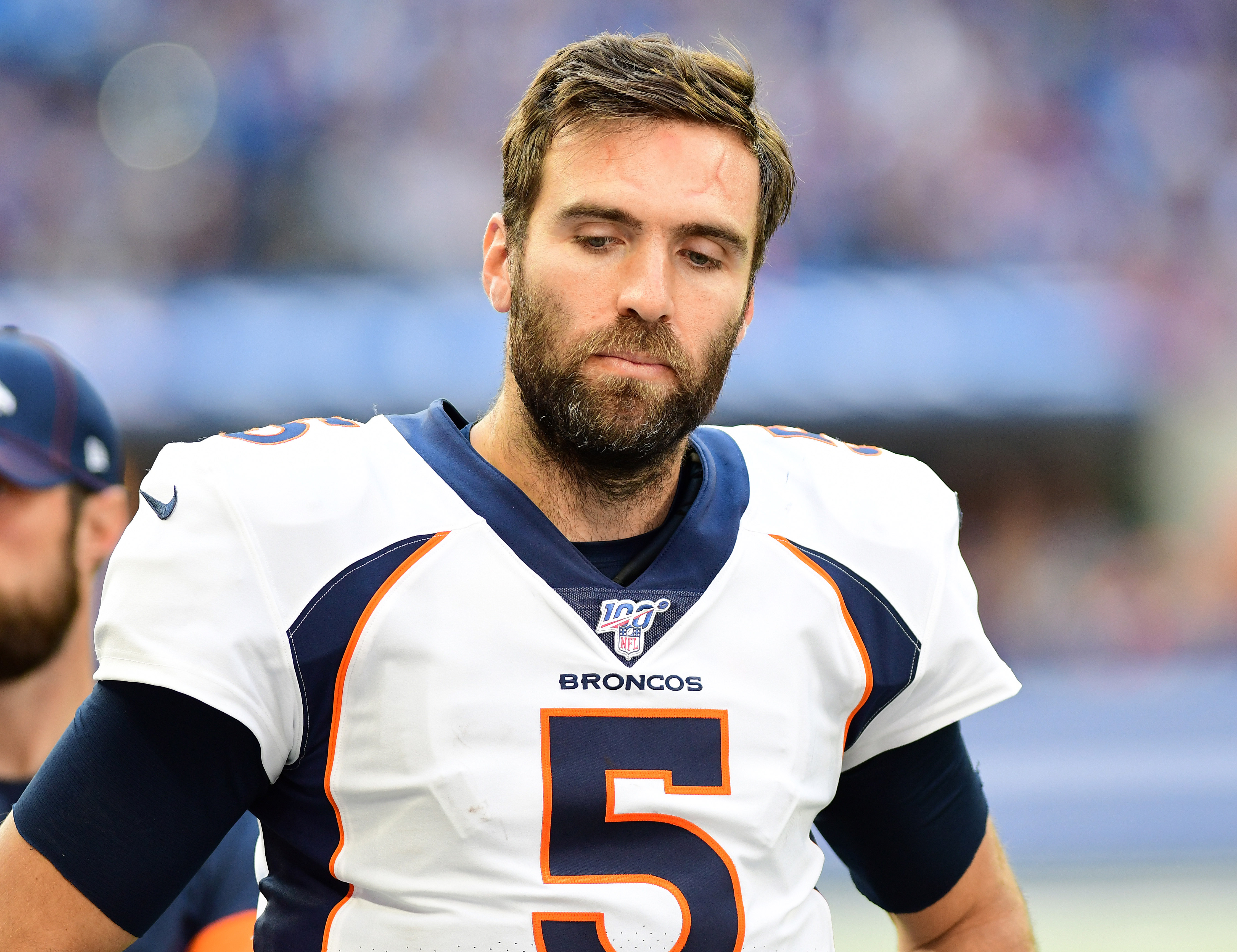 The Broncos are 2-6, and they currently sit in last place in the AFC West, which isn’t sitting well with the team’s players.

Quarterback Joe Flacco doesn’t exactly have strong ties to the organization, as the Broncos traded for him during the offseason, with him having spent his entire career with the Ravens up to that point.

As such, he sure didn’t hold back in sharing his thoughts about how the coaching staff managed Sunday’s 15-13 loss to the Colts, which the Broncos lost in the game’s final seconds, via an Adam Vinatieri field goal.

“Well, c’mon, I just look at it like we’re now a 2-6 football team, and we’re like afraid to go for it in a two-minute drill, you know?” Flacco said, via ESPN’s Jeff Legwold. “Who cares if you give the ball back with a minute, 40 seconds left? They’ve obviously got the field goal anyway.”

“Once again, we’re a 2-6 football team and it just feels like we’re kind of afraid to lose a game. It’s third-and-5 at the end of a game, who cares if they have a timeout at the end or not? Getting in field goal range isn’t that tough, you’re just putting your defense in these bad situations and I just felt like what do we have to lose? Why can’t we be aggressive in some of these situations? That’s kind of how I feel a lot about the game today.”

Those comments obviously won’t sit well with the Broncos coaching staff, and will likely make the chemistry in the locker room quite awkward going forward. It’s a lost season for the Broncos, and clearly isn’t going to get any better anytime soon.