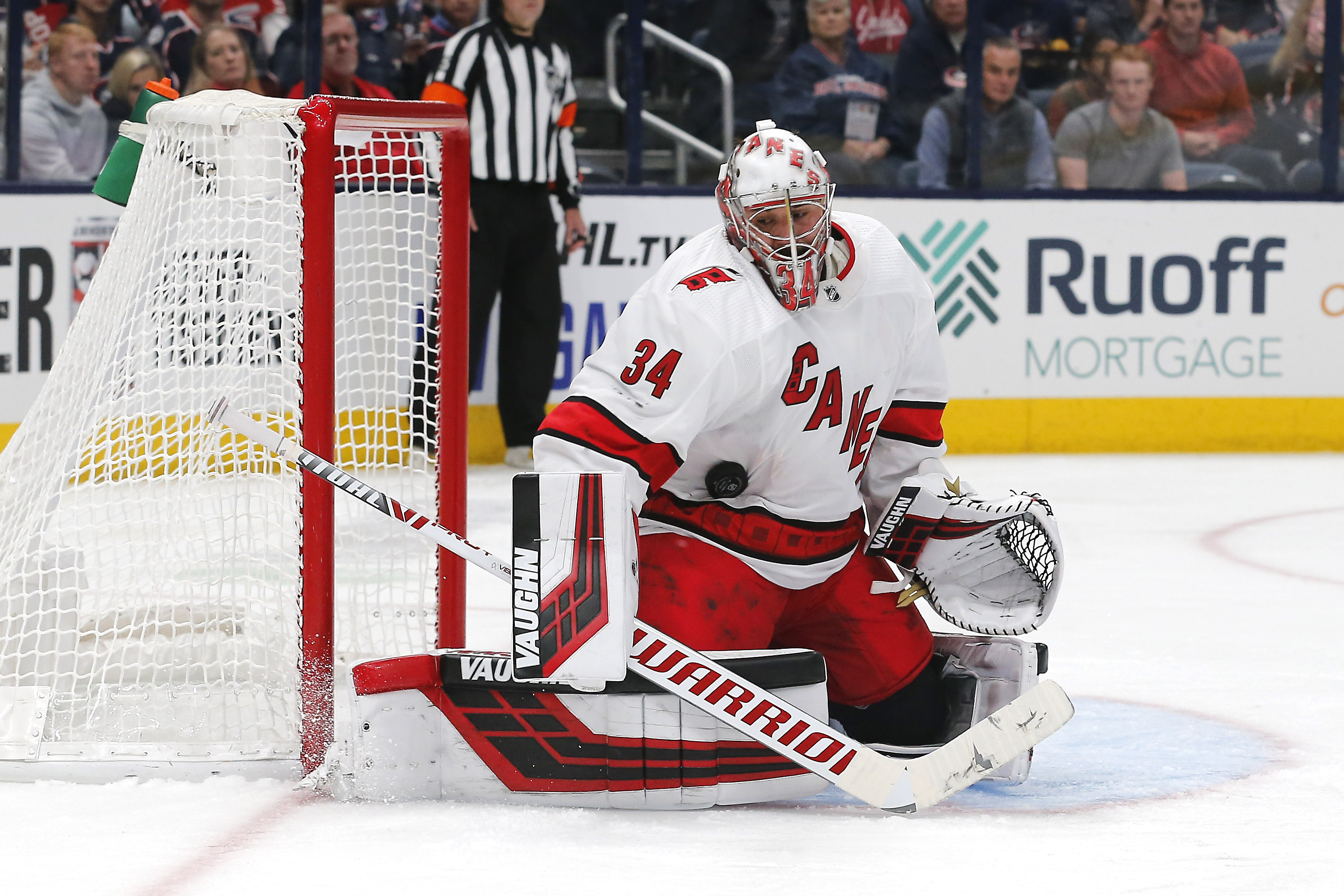 Petr Mrazek of Ostrava, Czech Republic continues to provide stellar goaltending for the Carolina Hurricanes. On Saturday, Mrazek had his second shutout of the season and 20th shutout of his career as the Hurricanes defeated the Chicago Blackhawks 4-0 from PNC Arena in Raleigh, NC.

Mrazek made 32 saves for Carolina. He had 13 saves in the first period, 11 saves in the second period and eight saves in the third period. Alexander Nylander of Calgary, Alberta and Kirby Dach of St. Albert, Alberta led the Blackhawks with four shots each.

The fact that Mrazek went head-to-head against two-time Stanley Cup champion Corey Crawford and beat him handily should give him a boost of confidence moving forward. So far in 2019-20, Mrazek has a record of five wins, one regulation loss, one extra time loss, a goals against average of 2.43 and a save percentage of .909.

Offensively in Carolina’s win over Chicago, Nino Niederreiter, Andrei Svechnikov and Sebastian Aho each had two points. Svechnikov had two goals, Niederreiter had one goal and one assist and Aho recorded two helpers.

In addition to Mrazek having a great start for Carolina, defenseman Dougie Hamilton has been terrific. In 11 games, Hamilton leads the Hurricanes with 12 points, and is also a very impressive +9. Hamilton also has six goals and six assists, six penalty minutes, five power play points, 34 shots on goal, 16 blocked shots, 14 hits, three takeaways and nine giveaways.

The Hurricanes are also contending in the Metropolitan Division. At seven wins, three regulation losses and one loss in extra time for 15 points, the Hurricanes are third in the division and only four points back of the first place Washington Capitals.

On Tuesday the Hurricanes will play an opponent that knows them extremely well. That is because the Calgary Flames are coached by Bill Peters who coached Carolina for four seasons before joining the Flames in 2018. Also Hamilton was traded from the Flames to the Hurricanes on June 23, 2018 with Micheal Ferland and prospect Adam Fox of Jericho, NY for Elias Lindholm and Noah Hanifin of Norwood, MA in a blockbuster deal. Lindholm and Hanifin are still with the Flames, Ferland is now with the Vancouver Canucks and Fox is with the New York Rangers.