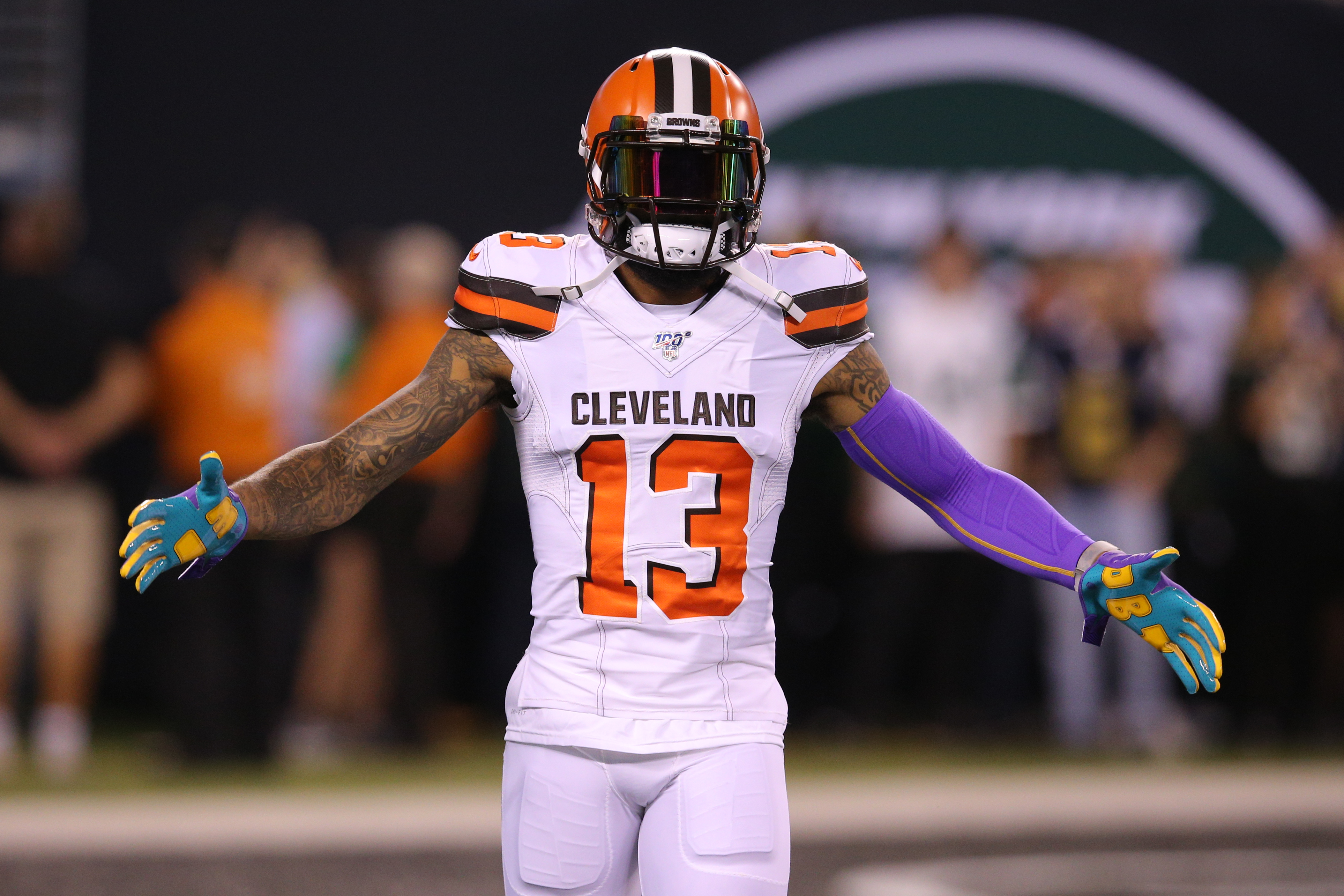 It didn’t take long for the *real* Odell Beckham Jr. to show up and make his voice heard in Cleveland, apparently.

OBJ previously stated that he was excited to get a fresh start in Cleveland and to play with quarterback Baker Mayfield, just a few months ago. Well, fast-forward to now — with him already complaining about not getting more targets.

He made his opinion quite clear after Sunday’s 27-13 loss to the Patriots in New England, saying that the Browns coaching staff didn’t allow Mayfield to throw at Patriots stud cornerback Stephon Gilmore — who might be the best cornerback in the league, by the way! — enough. Gilmore was shadowing OBJ throughout the game.

“I just felt like we didn’t challenge as much as we could have,” Beckham said, via Pro Football Talk. “I think we kind of shied away from it. I was expecting and looking forward to it, but that wasn’t the case today. We had a couple plays, but for whatever reason we didn’t do as much challenging as we talked about. Other than that whatever came my way, pretty much I caught. Whatever opportunities I had I made the most of them. You can only control what you can control.”

Of course the Browns shied away from it (to an extent) — Gilmore is a shutdown cornerback, and it’s not wise to throw his way. Regardless, Beckham was still second on the team with targets (seven), so it’s not the coaching staff’s fault.

And it sure wasn’t the coaching staff’s fault that he dropped an easy pass on third down that would’ve moved the chains at a critical juncture in the second half of the game — but OBJ left that part out.

The Giants traded him away for this exact reason, and OBJ is making them look smart for doing so.