25-Year Anniversary: No. 3 Nebraska Handles No. 2 Colorado in Lincoln 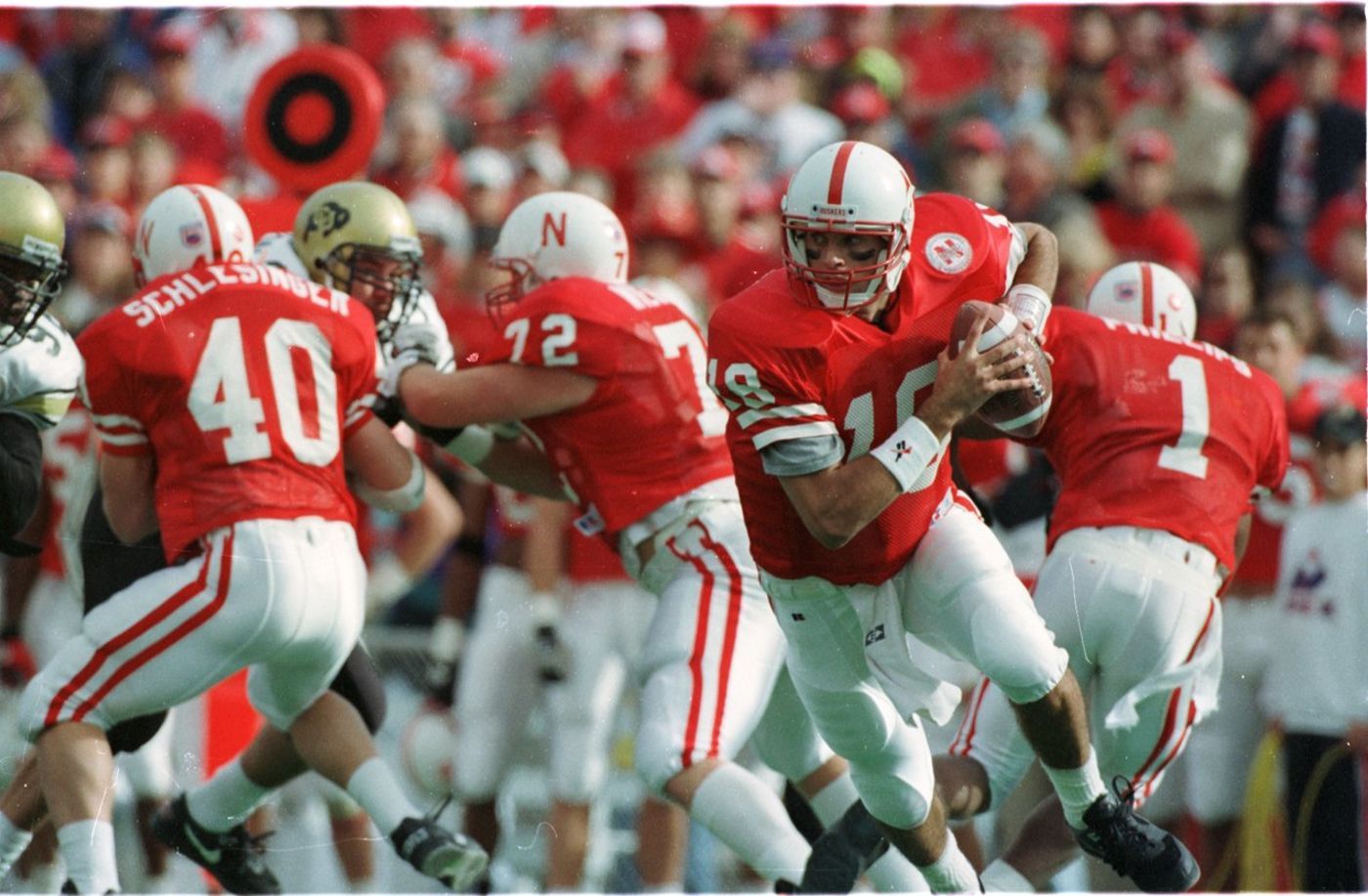 25-Year Anniversary: No. 3 Nebraska Handles No. 2 Colorado in Lincoln

After an improbable Hail Mary to beat Michigan in Ann Arbor and winning a nail-biter at Texas, Colorado had the look of a team of destiny in 1994 as it prepared for a contest that would ultimately decide the Big 8 conference.

The Buffaloes were ranked No. 2 in the country as they made their way to Lincoln to take on No. 3 Nebraska on Oct. 29, 1994. In a match-up of undefeated teams, Tom Osborne’s Cornhuskers proved superior in a 24-7 win.

Nebraska appeared to have questions on both sides of the football entering the day, but those questions would be answered. Many wondered how the Cornhuskers would handle a Colorado team that came in averaging 40 points per game and more than 500 yards of offense. Nebraska also turned to quarterback Brook Berringer, who was playing in place of an injured Tommie Frazier.

Throughout the day, the Nebraska offense and triple-option attack dominated. Cory Schlesinger capped a time-consuming early drive with a 14-yard touchdown run with less than six minutes to play in the first quarter.

After a short Tom Sieler field goal pushed the lead to 10-0 early in the second quarter, Clinton Childs helped Nebraska seize control of the contest with a 2-yard touchdown scamper in the final minute of the first half. The Nebraska defense held the potent Colorado offense to just 89 yards in the first half.

Osborne’s teams were always known for their ground and pound attack, but Berringer excelled through the air on that Saturday afternoon, going 12-for-17 passing for 142 yards. His 30-yard touchdown strike to tight end Eric Alford pushed the lead to 24-0 early in the second half.

Eventual Heisman Trophy winner Rashaan Salaam broke up the shutout with a 6-yard touchdown run late in the third quarter, but that would be the final points for either team. Salaama finished with 134 yards rushing in the loss, but the Nebraska defense held Colorado quarterback Kordell Stewart to just 150 yards passing on a disappointing 12-for-28.

The loss would serve as the only one for the Buffaloes, who capped the year with an 11-1 record and a Cotton Bowl blowout of Notre Dame. Nebraska would go on to finish undefeated and beat Miami in the Orange Bowl to seal its first national championship under Osborne. The win over Colorado ultimately was the difference in Nebraska claiming its fourth straight Big 8 title and it happened on this day a quarter century ago.